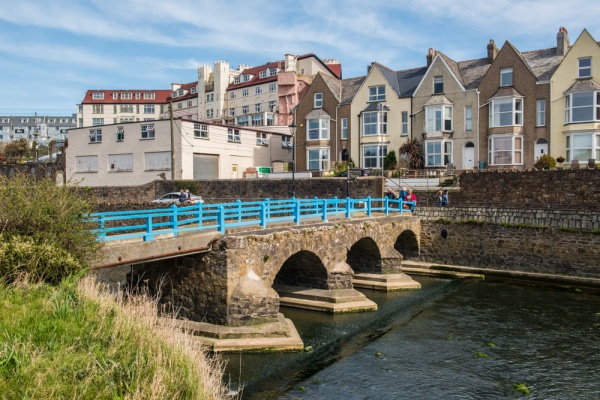 Bridge across the River Neet, Bude

A sizeable town on the north Cornish coast, Bude is popular as a seaside resort for families, due to the great number of sandy beaches in the area, and also with surfers. The area boasts superb coastal scenery, and the South West Coast Path runs through the town.

The Bude Canal offers less vigorous walks along the towpath of this historic waterway. There are a huge number of ancient churches in the area, among them Morwenstow, where a Victorian vicar built a wooden hut into the cliffside. 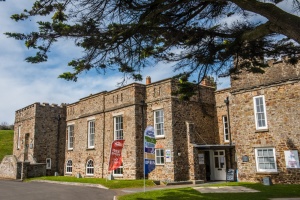 Bude first gained importance as a safe harbour on the often-stormy Cornish coast. Then the miles of sandy beaches that surrounded the harbour were used as a source of soil to improve the poor moorland soil for farming.

The real growth came in the 19th century when Bude became a popular coastal resort for Victorian holidaymakers. That popularity has continued in the 20th century when the area became popular with surfers.

Bude Canal used to run all the way to Launceston but now runs only a few miles inland from the coast. The canal was originally used to carry loads of sea sand, rich in minerals, to dump on moorland farm fields and enrich the farm soil for growing crops.

Not a castle in the traditional sense, this private dwelling was designed for the Victorian inventor Sir Goldsworthy Gurney in 1830. It now houses a local heritage centre and a museum telling the story of Bude and the surrounding area.

Gurney invented the Bude Light, a brilliant light made by injecting oxygen into a burning solution of gas or oil. In 2000 a modern sculpture called Bude Light 2000 was erected as a millennium tribute to Gurney, using fibre-optics to emit a bright light in the dark.

On the cliff-top overlooking Summerleaze Beach is Compass Point, an octagonal tower originally used as a coastguard lookout station. The tower, known locally as 'the Pepper Pot', was inspired by the Temple of Winds in Athens, Greece, and erected by the Acland family in 1830.

Its odd name comes from the fact that each of the 8 sides is carved with the points of the compass. It was moved to its current location in 1900 because of cliff erosion, but unfortunately, it was re-erected 7 degrees out of alignment. 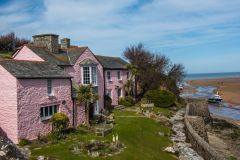 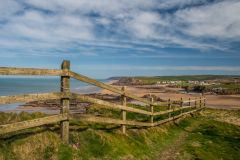 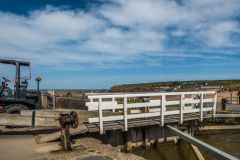 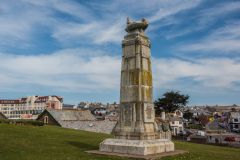 More self catering near Bude >>

More bed and breakfasts near Bude >>