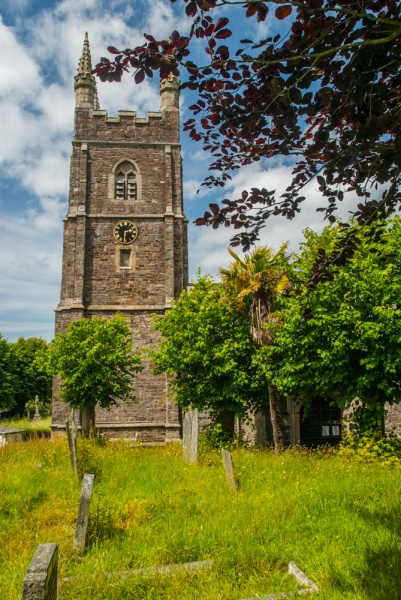 Poughill is a pretty village just a mile from Bude, full of picturesque cottages of cob and thatch. The medieval parish church is dedicated to St Olaf King and Martyr. The church dates to at least the Norman period and foundations from that time were uncovered during restoration work in 1928.

One unusual feature of the church is a pair of St Christopher wall paintings, facing each other across the width of the nave. In the medieval period, St Christopher was usually painted on the north wall, opposite the main entrance where he could be seen by those entering and leaving the church.

Both paintings have clearly been restored, and the north figure had a crown added. The frescoes date to around 1470 and were discovered hidden beneath layers of whitewash in 1894. The paintings were covered over in 1550, in the reign of Edward VI, when they were considered too Catholic. 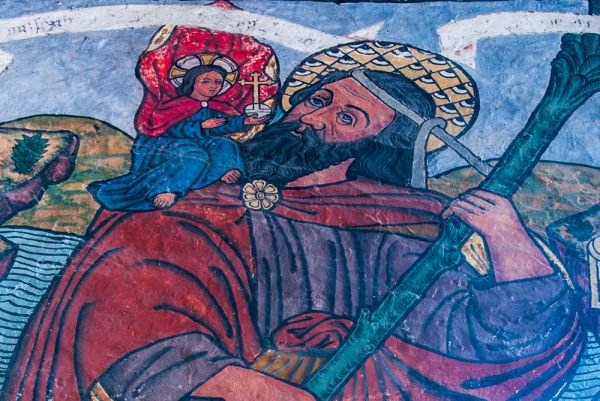 Aside from the wall paintings the most interesting historic feature is a wonderful collection of 78 late medieval carved bench ends. Many of the bench ends are carved with the symbols of Christ's Passion, including a wonderfully grotesque carving of the Mouth of Hell. Look for the carving of St Luke's bull and a pelican plucking her own breast.

The nave has beautifully carved bosses dating to around 1537, and the studded south door also dates to the Tudor period. In the tower are the original lychgates.

On the wall is an ornate royal coat of arms dated 1655. The date is remarkable when you consider that 1655 was at the height of Cromwell's Commonwealth, when signs of loyalty to the Crown would have been illegal and quite probably land you in prison at the very least. 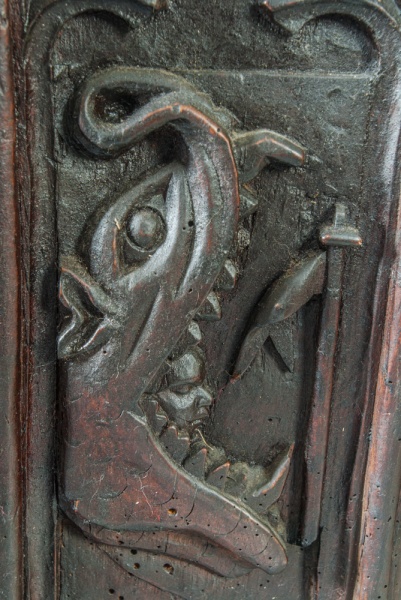 Why was the coat of arms installed at such a dangerous time? The most likely answer is that it relates to Sir Bevil Grenville, the exceptionally popular Royalist commander, who was based at nearby Stowe Barton during the Civil War.

The granite font is 13th century, with blind arcade carvings, and there is a 13th-century piscina and aumbry cupboard in the south aisle. The south nave arcade pillars are made of granite, while those on the north are of Caen stone from Normandy.

Across from the church is Church House, built as a guild house around 1525 and notable because it is built entirely in stone, where most of the village is of cob. The house stands on land granted by William Dovell, Abbot of Cleeve in Somerset. Cleeve Abbey owned the manor of Poughill until the Dissolution of the Monasteries by Henry VIII.

St Olaf's is a fascinating historic church in a very pretty village. It is usually open daylight hours to visitors and was open when we visited. 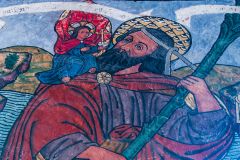 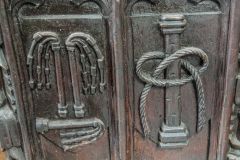 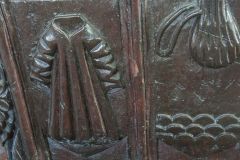 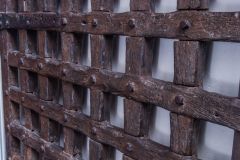 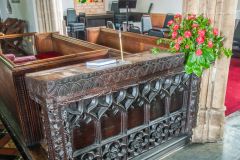 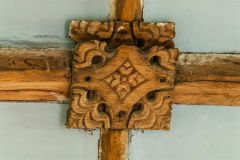