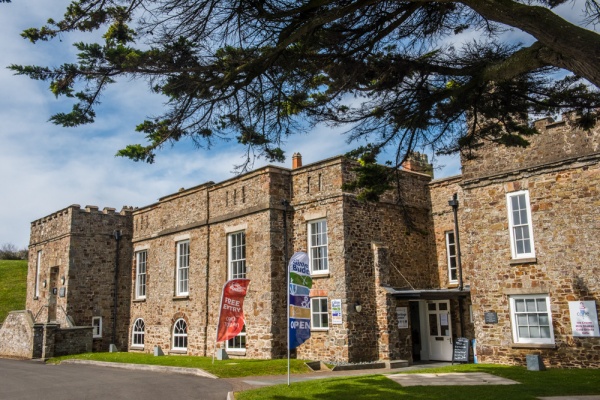 Bude Castle is the former home of Sir Goldsworthy Gurney, Cornwall's 'Forgotten Genius' and inventor of the Steam Carriage. Gurney was a remarkable 19th-century inventor, engineer, and scientist. Gurney was inspired by another Cornish engineer, Richard Trevithick, and came up with numerous inventions and innovations that changed British life.

Gurney was a native of Padstow and trained as a surgeon, but his passion for engineering led him to London and to a career of inventions that challenged tradition. He invented the original 'limelight' used to illuminate theatres, he created gas heating and lighting systems, lighthouse signalling systems, and even came up with a new piano design using glass strings. He created a ventilation system for mines which was adopted by many mines in his native Cornwall.

His best-known invention was a steam-driven vehicle dubbed the 'homeless steam carriage'. One of his carriages was driven from London to Bath and back in 1829. The trip took two days, and the carriage sped along at 5 mph, but at the time it was the longest journey made under steam power. Gurney's steam mechanism was incorporated into George Stephenson's famous 'Rocket' locomotive, but Stephenson received all the acclaim. Gurney launched his own Gurney Steam Carriage Company, which enjoyed great success until the advent of the railroad system. 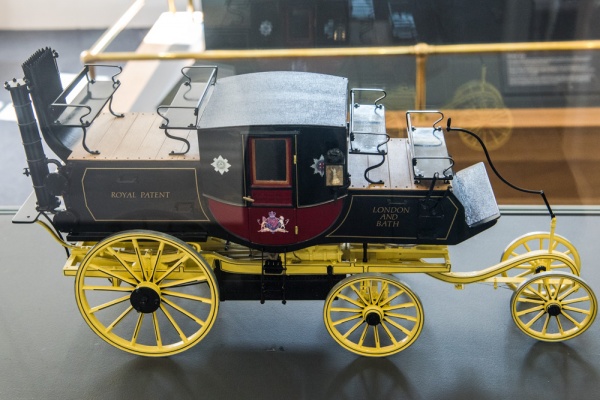 A model of Gurney's 1828 Steam Carriage

One of his most innovative ideas involved his own home of Bude Castle, where he invented a completely new system of lighting known as the Bude Light, an exceptionally bright light made by injecting a stream of oxygen into an oil flame. So successful was the Bude Light that it was used to illuminate Trafalgar Square, Pall Mall, and the Houses of Parliament.

A colourful modern sculpture in the castle grounds is named after The Bude Light. The sculpture was designed by local artists Carole Vincent and Anthony Fanshawe. It is made of cast concrete with fibre optic lights embedded into it. The sculpture is in the shape of a slender cone and was unveiled by HRH the Duke of Gloucester in 2000.

Gurney built the Castle on sand dunes overlooking Summerleaze Beach, setting the building on a concrete raft foundation. This was the first use anywhere in the world of such a foundation system. Locals scoffed and said the mansion would never stand. Gurney's response was 'wait and see'. Over one hundred and eighty years later the castle is still intact.

The museum is divided into several themed areas, including The Making of North Cornwall, The Early Years, Shipwrecks, Local Crafts, Lifesaving, the English Civil War, and Bude as a holiday resort. There is also a special exhibition on the fascinating life and career of Sir Goldsworth Gurney, with models of his many inventions.

There are exhibits on the local landscape and coastal geography. Visitors can learn how the canal came to Bude and how Bude created a thriving industry transporting beach sand to inland areas of Cornwall for use as fertiliser. 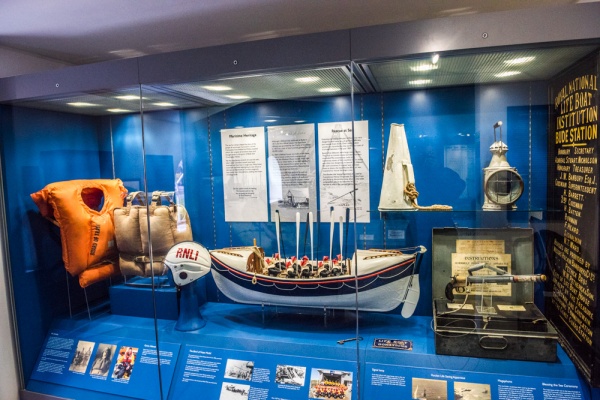 The Shipwreck display includes the story of Bude's most famous wreck the Bencoolen, which ran aground on Summerleaze Beach in 1862, within sight of the castle itself. An interactive display lets visitors try to navigate their way along the treacherous north Cornwall coast as the pilot of an imaginary ship.

There are exhibits of shipbuilding tools and navigation equipment used by local ships. Follow the story of Bude's lifeboat station from its founding in 1837, with the first lifeboat purchased by King William IV.

The Civil War display highlights the Cornish Giant, Anthony Payne, who fought at the Battle of Stamford Hill in 1643 that helped - temporarily - give Charles I control of Cornwall. On the first floor is a huge painting by Robert Lenkiewicz commemorating the original Sealed Knot society, formed after Charles I was beheaded with the aim of restoring the monarchy.

One of the most interesting features of the museum is the exhibition tracing the story of Bude as a holiday resort. The story really begins in the early 19th century with a new fashion for seaside holidays, but it was not until the railway arrived in 1898 that Bude became a popular destination with holidaymakers, who descended upon the town in droves. The town remained popular until the 1970s when overseas holidays became more fashionable, then experienced a renaissance as a destination for surfers.

Apart from the Heritage Centre museum Bude Castle also houses the Willoughby Gallery, an exhibition space for local artists and artisans. There is also an extensive historical archive with research facilities.

The castle heritage centre is free to enter and is easily reached from the main town car park on the north side of Summerleaze Beach, off Granville Terrace.

Bude Castle is a fascinating combination of a Victorian stately home and heritage museum. It makes a perfect first stop for visitors to Bude to learn the fascinating history of the town before heading off to explore the town and its seaside pleasures. 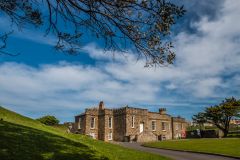 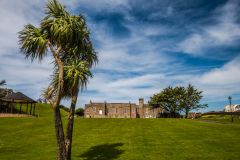 Self Catering near Bude