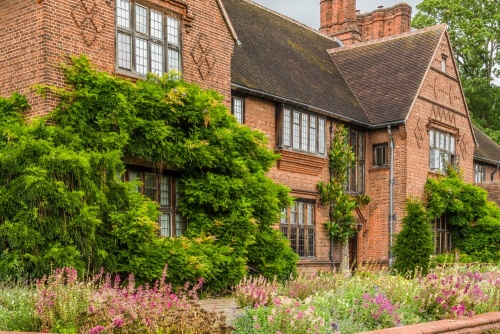 On the edge of York's famous racecourse is a beautiful Arts and Crafts style home built in 1926 by Kathleen Terry and her husband Noel Goddard Terry, head of the Terry chocolate company. Noel Terry wanted a home near the Terry's Chocolate works, but more than that he wanted a place to enjoy family life with Kathleen and their four children Peter, Kenneth, Betty and Richard.

Terry called in the architect Walter H. Brierley of York (1862–1926), known as 'The Yorkshire Lutyens'. Brierley was responsible for designing over 300 buildings, including houses, churches, and schools across Yorkshire and the north of England. He was also the official architect for the York Diocese of the Church of England.

Goddards was Brierley's last commission before his death in 1926. Nothing here is mass-produced; everything is hand-made with care and precision, with the highest possible attention to detail. 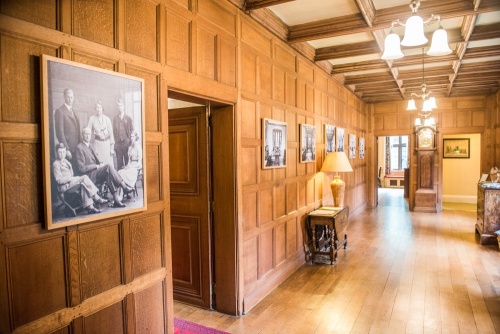 The architecture inside and out is superb; Goddard's is easily one of the finest Arts and Crafts houses in England and evokes the world of the 1930s. Learn about family life at Goddard, and how Noel and Kathleen's children Peter and Kenneth used to play cricket in the beautifully-panelled corridors.

The Drawing room features a barrel-vaulted ceiling (a feature that Brierley liked so much he created a similar ceiling in his own home). The stairwell has beautiful oak carvings while the landing windows have ornate lead patterning in Geometric style. 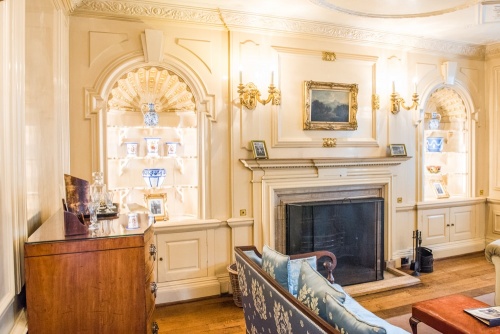 A typical Brierley touch are the triplicate brick chimney stacks. Look for beautifully detailed downpipes on the house exterior; they bear the initials NKT (for Noel and Kathleen Terry), the date 1927 (when the house was finished) and a whimsical roaring lion.

It should come as no surprise that there is a small exhibit on the history of Terry's Chocolate and the life of Noel Goddard Terry. You can see a nostalgic collection of famous Terry chocolates, and see how the packaging and marketing evolved over the years. In the centre of the exhibit is a scale model of the Terry's Chocolate works.

When we visited a friendly volunteer guide told us the story of how the Terry family eventually sold the business to an international company and production moved overseas.

The Terry family did not always make chocolates. In the late 17th century the Terrys made clocks. John Terry made the famous cantilevered clock outside St Martin's Church on Coney Street. Though not a clockmaker himself, Noel Terry loved to collect historic timepieces. This small room holds his collection of 18th-century clocks. It also holds a wonderful RCA wind-up gramophone with the famous 'His Master's Voice' logo. 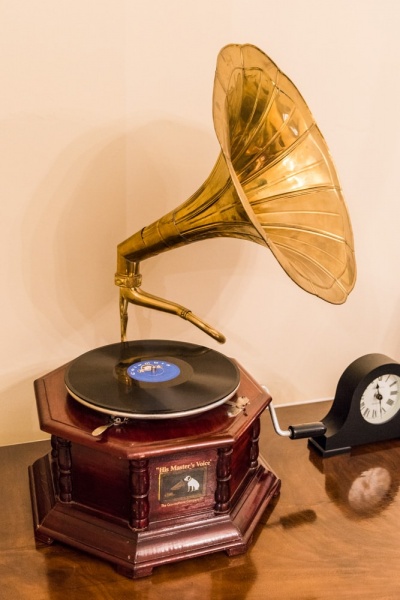 A gramophone in the Clock Room

Noel Terry left behind a legacy that delights the senses as much as some of his edible creations. Goddards Garden is a small beacon of colour on the outskirts of the city of York, close to the famous racecourse. The garden includes a variety of distinct areas, including floral terraces, ponds, and rock gardens.

The garden features a mix of formal and informal wilderness areas, with a special collection of flowering shrubs. If you feel inspired you can also purchase plants to take home and use in your own garden creations.

Goddards Garden was designed by George Dillistone of Tunbridge Wells. Dillistone crafted a set of garden rooms set off by formal yew hedges and herbaceous borders. Within the garden is a colony of midwife toads; one of the few such colonies in England. 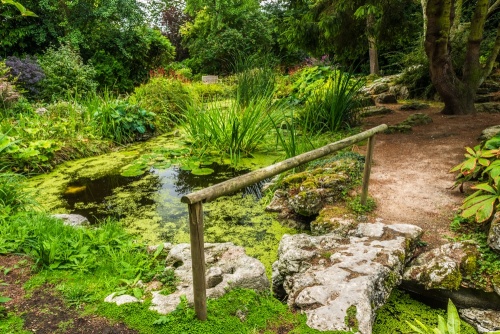 A picturesque footbridge in the gardens

The National Trust has done a wonderful job restoring Goddards and bringing home to visitors that this was not a showpiece house meant to impress, as so many stately homes are; it was a family home.

Goddards would get many more visitors if it stood closer to the city centre of York, but as it is you have to make a concerted effort to get there. We decided to walk from Micklegate, and it took us roughly 30 minutes. A much faster way is to take the 4, 13, 840 or 843 bus from opposite the York rail station. Get off at the Marriott Hotel, just two doors down from the Goddards entrance.

The National Trust has a small car park with accessible parking only, and spaces need to be booked in advance.

You can learn more about the Terry company and the history of chocolate production at York's Chocolate Story in the city centre. 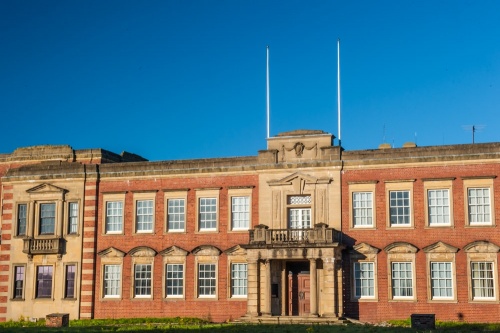 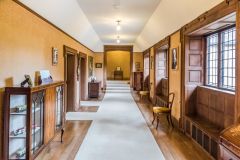 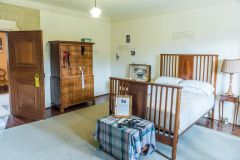 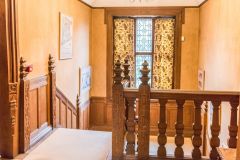 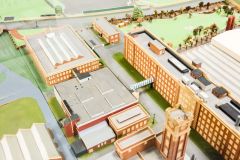 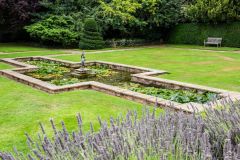 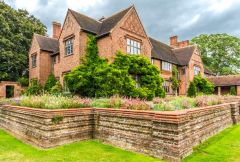 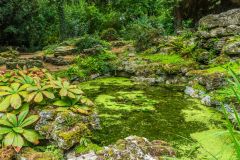