HERITAGE HIGHLIGHTS:   Has the largest stones of any Cornish stone circle 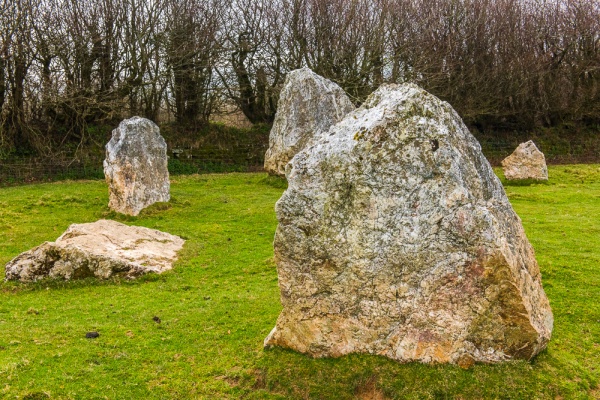 Tucked away against a hedge in a farm field in Duloe, between Liskeard and Looe, is the smallest Bronze Age stone circle in Cornwall. The circle may be small by Cornish standards, but it also has the largest stones of any Cornish circle.

The Duloe Stone Circle is made up of eight stones, seven standing and one lying on its side. 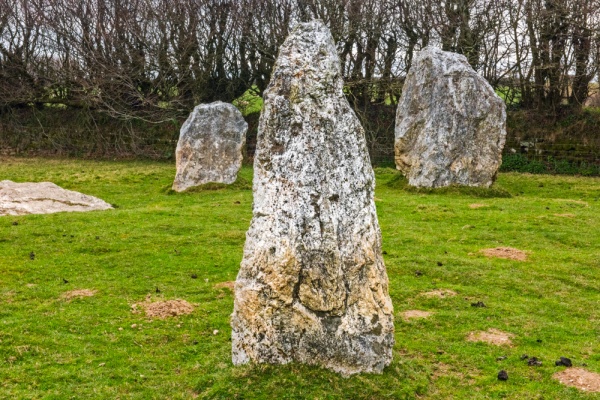 The circle from the south-west

The stones are thought to have been erected between 2000BC and 1000BC, and may once have formed a kerb for a burial mound. If so, there is no evidence of the mound now. The useful information plaque beside the circle suggests that the centre of the circle is a raised mound, which would support the burial mound theory, but to my untrained eye, the centre of the circle area appeared relatively flat. Another theory is that the stones are arranged on compass alignments, suggesting that they played a role in astronomical observances.

Most Cornish circles are made of granite stones, but at Duloe the stones have a high quartz content, making them appear almost white in bright sunlight. The stones are thought to come from an outcrop of the Herodsfoot lead lode about two miles away, though there is a similar outcrop at Tregarland Tor about a mile away. The stones weigh up to nine tons, and it is thought that it would have taken teams of 30-35 people to move them to their present site at Duloe.

The circle was recorded as early as the 14th century, but at some point, a hedge was built through the arrangement of stones. This made it difficult for antiquarians to realise that the standing stones were actually part of a single circle. It was not until the 19th century that the circle as 'rediscovered'.

In 1860 the hedge was removed to expose the entire oval of stones once more. In the process, a funereal urn containing human remains was discovered, as well as scattered charcoal. Accounts seem unclear whether the urn was found in the hedge itself or under the largest stone. 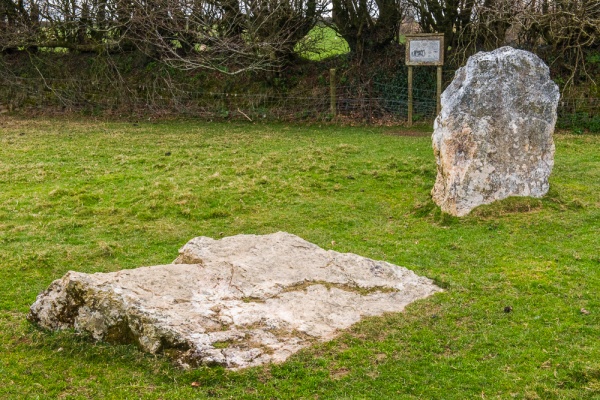 The removal of the hedge may have opened up the circle, but in the process, the largest stone was broken and remains lying on the grass. Not only was the stone broken, but a careless workman struck the urn with his pickaxe and destroyed it.

The site was known for many years as The Druids Circle, a reminder that early antiquarians were convinced that stone circles and similar ancient sites were part of a pan-British druidic culture. The nearby Stonetown Farm is probably named after the stone circle.

The stone circle is easy to find. It is located off the B3254 at the southern edge of the village, just before you reach the church. There is a signposted track east off the road, leading into a farm field, and you can see the circle ahead of you against a hedge. I highly recommend good waterproof footwear; when I visited the ground was very wet in places.

One thing I noticed was a few brightly coloured ribbons tied to the nearby hedge. Clearly some modern visitors see the stone circle as a sacred place, or at least a place where they want to make a ritual offering. There are more ribbons tied to trees overhanging St Cuby's Holy Well, just a few hundred yards away. 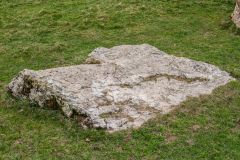 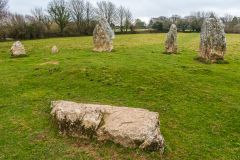 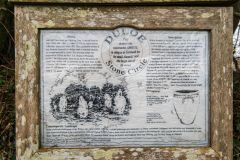 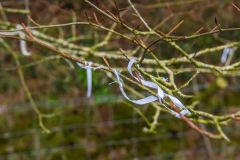