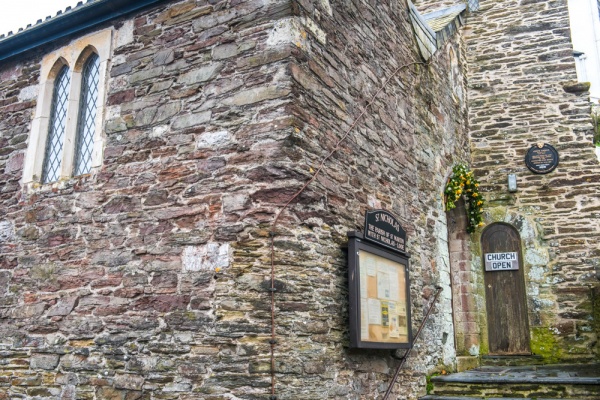 How many historic buildings can claim to have been used at various times as a church, a guildhall, and a prison? St Nicholas church in West Looe, Cornwall, can. The church was built in the 13th century on the quay of West Looe, and dedicated to St Nicholas of Myrna, more frequently known today as Santa Claus.

The church was built by the D'Aubigny family, who held the manors of Portpighan (West Looe) and Port Looe. It was a daughter church of the neighbouring parish of Talland. In 1400 a license was granted to the inhabitants of West Looe to hold services at St Nicholas' church.

The church served the parish of West Looe until the Civil War. Traditional history says that the building was desecrated and badly damaged when a troop of Parliamentarian soldiers were billeted here in 1646. This appears to be untrue, and though a small detachment of Parliamentarian guards was stationed in Looe there is no evidence that they damaged the Guildhall/Church, or that they used the building at all. 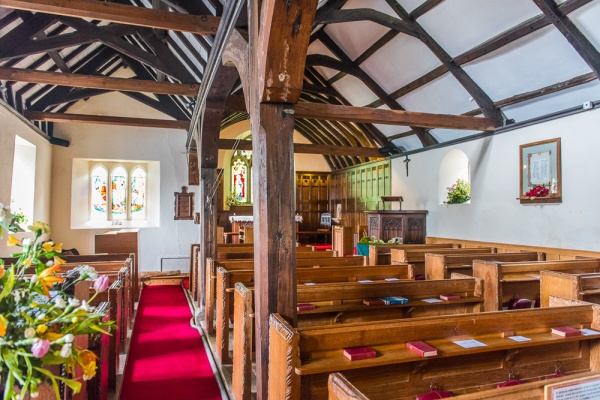 From 1649 it was no longer used for worship but served as the Guildhall for West Looe, a place for civic administration and trade regulation. A dais and bench were built at the east end of the church for magistrates holding court, replacing the high altar. The magistrates heard cases relating to church attendance and keeping public order on Sundays. Court sessions were held here until 1839.

After the Restoration of the monarchy in 1660, the building once more was used as a church, but sometime around 1835 it was once more converted into the borough Guildhall.

In 1852 it became a church for the third time, and many of the interior furnishings date to this mid-19th century restoration. The church was only taken back into Church of England hands through the efforts of the rector, Rev. Seymour, who harangued the Bishop of Exeter with a series of letters to get the Church Commissioners to take back control of the building. It seems that Rev. Seymour was disturbed that what was still a sanctified building was used for public entertainment and was frequented by 'strolling players'. 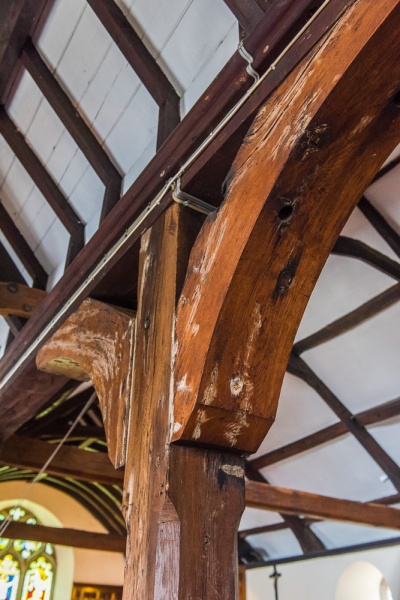 Timbers from the St Josef, captured by Admiral Nelson

Rev. Seymour's efforts were successful. The magistrate's dais and public gallery were removed, and the east wall was rebuilt. During this rebuilding two original medieval lancets were uncovered. The chancel was lengthened, using timber from the St Josef, a ship captured by Admiral Nelson at the Battle of Cape Vincent in 1797. The ship then served in the the Royal Navy as the St Joseph before being broken up in 1849. A new oak pulpit and altar were installed, the gifts of Mr Hancock of Bodmin.

The massive timbers show their age and their origins on a sailing vessel, for they are pitted with nail holes and show where large holes were filled with oak plugs. The benches are of oak, decorated with carvings of sea horses and fish, as are the oak screens near the font. Over the west door is a small window with stained glass depicting St Nicholas, patron saint of sailors.

One of the oldest objects in the church is a wainscot chair, thought to be 17th century, given in honour of RA Norris, a sailor in the Royal Navy who died in 1898.

A vestry was added onto the north wall. The vestry floor was level with the quayside and was regularly flooded, so the floor had to be raised by three feet and the window raised. 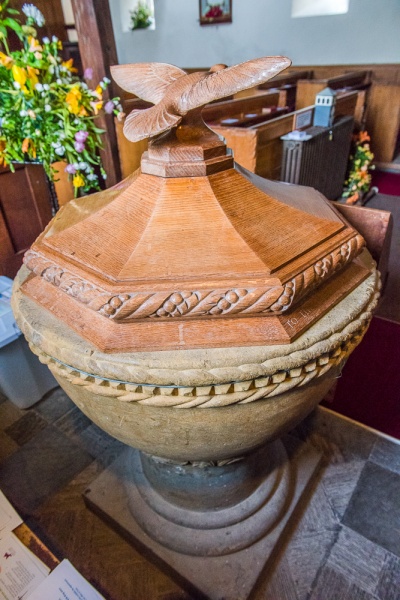 In 1891 a new road linking West Looe to Hannafore was cut behind the church. Unfortunately, the road engineers unwittingly covered up a medieval drain that had helped water from the cliffs escape under the church and run into the harbour. The drain was blocked permanently, and as a result, the church suffers badly from damp.

As you examine the church from the outside you will see a clock face with two dials. This is a replacement, installed in 1999 to mark the Millennium, and dedicated on St Nicholas Day, 2000. The original church clock was taken down around 1920 for restoration and the clock mechanism was stored at Mayoralty House. In an unfortunate accident, someone mistook the mechanism for an obsolete weighing machine and it was cut to pieces and sold as scrap metal. The new clock is a replica of the original, based on old photographs.

Another relatively modern addition is a pair of tower windows designed to resemble the original 13th-century windows. They were installed 'in memory of a young officer who returned from the Great War'.

Near the church entrance was a cage used to imprison 'scolds'; women who were thought to be nags.

St Nicholas is a fascinating historic building; though the interior furnishings are almost entirely Victorian and later, it is the unique history of the building and its location near the picturesque quayside that makes it so interesting. The church is a very short walk from the bridge linking West and East Looe. 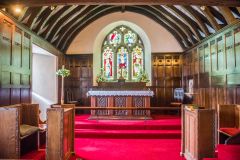