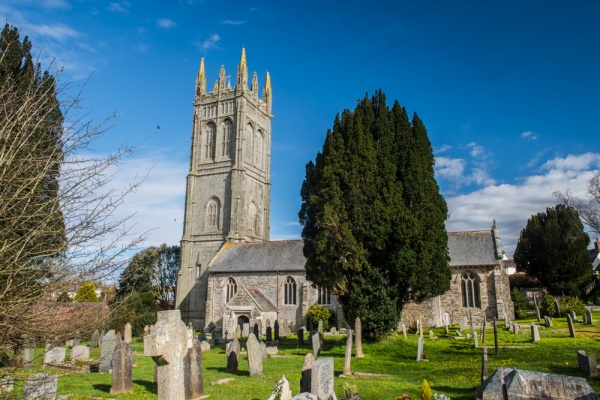 The medieval church of St Probus and St Grace stands within a circular churchyard, suggesting that it evolved from a very early 5th century Celtic Christian community, or monastery. Around AD 930 King Athelstan founded a monastic church here, and this 10th-century church was mentioned in the Domesday Book of 1086.

In 1120 Henry I granted the church to ExeterCathedral, but it was not until 1312 that the first vicar was appointed. Around 1140 the church was re-founded along collegiate lines, with a college of five canons under a dean. The collegiate church was granted the right of sanctuary, one of few Cornish churches to be awarded this right.

In 1447 a chapel dedicated to St George was erected in the churchyard but there is no trace of the chapel today. 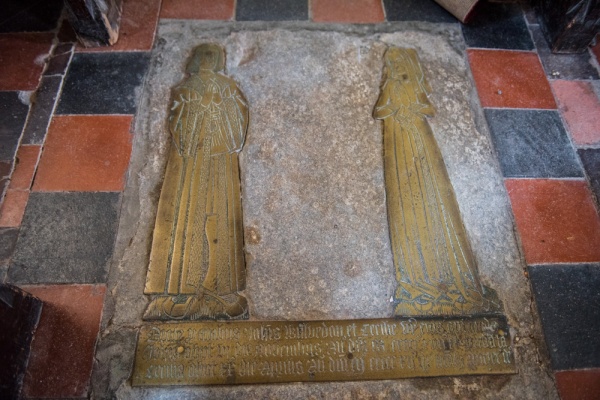 The most striking feature of the present building is the tower, begun around 1523 and the tallest in Cornwall at over 38 metres. On two faces you can see niches for statues, but the statues are gone - if they were ever even installed. The tower is much more in the style of Somerset than Cornwall. It was built at the instigation of the Tregian family of Golden and uses stone from St Stephen-in-Brannel.

The church was restored by the prolific Anglo-Catholic architect GE Street in 1851.

One of the interior highlights is a very finely crafted memorial brass to John Wulvedon and his wife, dated to 1512. The Wulvedons lived at the nearby manor house of Golden.

Look for the Victorian chancel screen, made from medieval carved bench ends. Across the screen is the painted Latin text 'Gratia et Probus', or Grace and Goodness. This is probably connected to the joint church dedication to St Probus and St Grace. The same text appears on the chancel roof, which is oddly made with canvas. 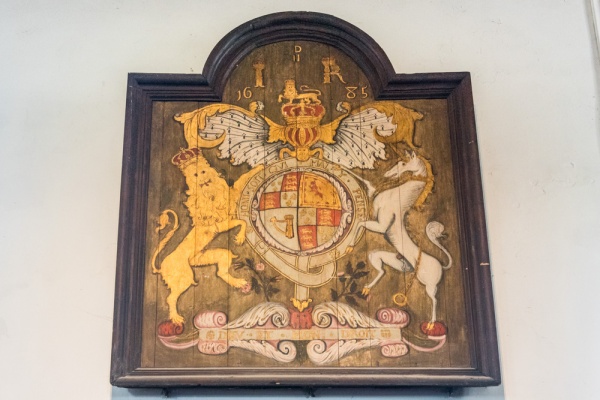 In the chancel is a beautifully crafted 19th-century reredos in a mosaic pattern. More carved panels decorate the tower screen, where carved letters of the alphabet are thought to have been used to help teach children to read.

In the north wall of the sanctuary near the high altar, is a reliquary, set into the wall. The reliquary is protected by another medieval bench end. Inside the cavity are two skulls found during restoration work in 1851.

Over the south door is a royal coat of arms to James II dated 1685 (one of just three in Cornwall from this period) and near the organ is an exceptional memorial to Thomas Hawkins of Trewithen, dated to 1776. Over the north doorway is a painted panel depicting Charles I's letter of thanks to the people of Cornwall, written in 1643.

In the porch is the old village stocks, with room for three people to be rather uncomfortably locked in a seated position. Do take the time to wander around the east end of the churchyard where you will see the Hawkins family memorial, with four magnificent carved figures in Jacobean armour at each corner of an ornate tomb chest.

The church is usually open to visitors and is well worth seeking out. There is a small parking area immediately in front of the churchyard. 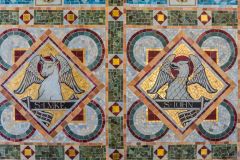 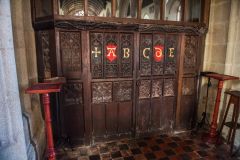 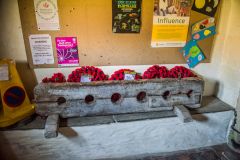