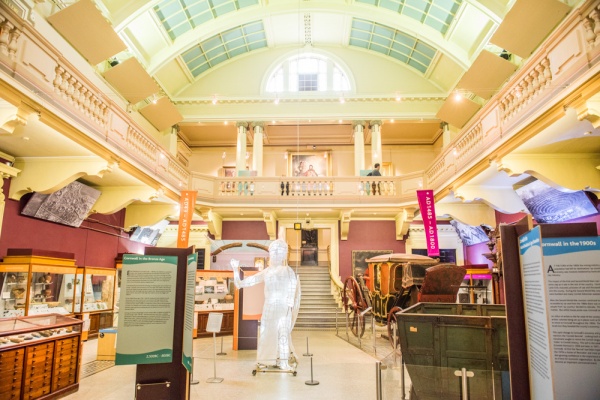 The Royal Cornwall Museum is the oldest museum in the county of Cornwall, founded in 1818 by the Royal Institution of Cornwall (RIC) and boasting the finest collection of art in Cornwall and a vast collection of over 1,000,000 objects covering the entire world. The museum is housed in the former Truro Savings Bank building, erected in 1845.

The museum is home to a superb collection on the natural history and geology of Cornwall, as well as exhibits covering the Newlyn School of artists.

The range of exhibits goes far beyond the borders of Cornwall; the museum has an outstanding Egyptology collection, artefacts from ancient Greece and Rome, and a fabulous display of minerals.

The archaeology collection spans a huge range, with finds from some of the most important historical sites in the county, including Carn Brea, Trethellan, and Harlyn Bay, plus Roman finds from Nanstallon, and Romano-British pottery. 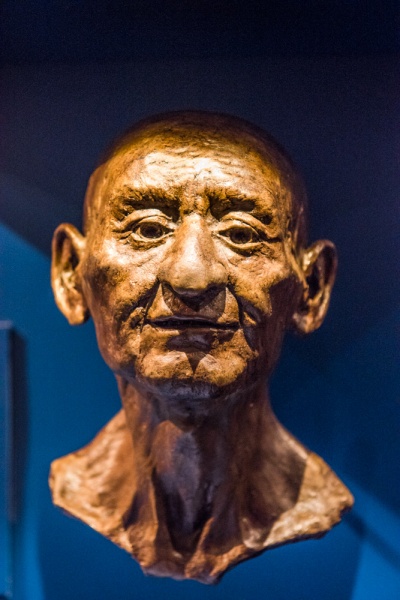 The Geological Collections is vast, including some 16,000 minerals, fossils, and rocks. The mineral collection is superb, and covers all of South West England.

The decorative arts collection includes ceramics, silver, glass and furniture from across the globe. The ceramics collection is particularly outstanding, with exquisite pieces from across Europe.

In addition to artefacts from ancient Greece and Rome, the museum has a wealth of articles from Rome and the Byzantine Empire, including ancient textiles. The highlight of this museum section is the Egyptian exhibit, boasting the mummy of Iset Tayef Nakht, a 25th Dynasty priest of the Temple of Al Karnack. The mummy's head has been reconstructed to show what he looked like in life.

This wonderful exhibit covers a huge time span of Cornish history, from prehistoric archaeology to Roman remains, the industrial age and Cornwall's history as a centre for mining.

Complementing the vast range of regular exhibits is a large photographic archive of images connected to Cornwall, and the Courtney Library of books and manuscripts related to Cornwall. Among the manuscripts are Richard Trevithick's letters and original manuscripts by Winston Graham, author of the popular Poldark series of novels. 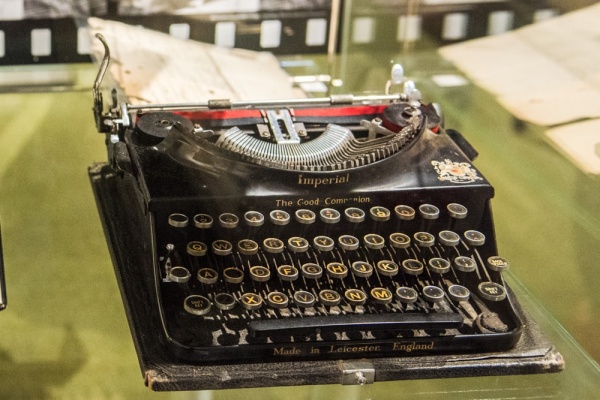 One of the museum highlights is a necklace of Cornish gold found by tin miners near Ladock Church in 1802. The necklace was given to the landowner of the site, Sir Christopher Hawkins of Trewithen.

This curious exhibit consists of a pair of cooking pots reused as cremation urns to hold the ashes of a 2nd-century elderly woman from Tregony.

On the ground floor is a huge portrait of Anthony Payne (1612-1691), known as the Cornish Giant. Payne stood 7'4" tall and weighed 32 stone was a retainer of Sir Bevil Grenville, the Royalist Civil War commander who died at the Battle of Lansdown in 1643. When Payne died at the manor house in Stratton, his coffin had to be lowered through the floor of his room as the coffin was too large for the doorways.

This inscribed stone was found at Rialton Barton, St Columb Minor. It probably dates to the 6th century and is acted as a memorial to an early Christian. The Latin inscription reads BONEMIMORI (F)ILLI TRIBUNI, which translates as 'In loving memory of (missing name) of a son of Tribunus'.

Among the plethora of historical objects that caught my eye was a pair of early 17th century statues rescued from St Mary's Church in Truro, which was partly demolished to make way for Truro Cathedral in 1880. The alabaster figures are probably those of John Mitchell (d. 1620), a wealthy shipowner, and his wife Christabell (d. 1623). 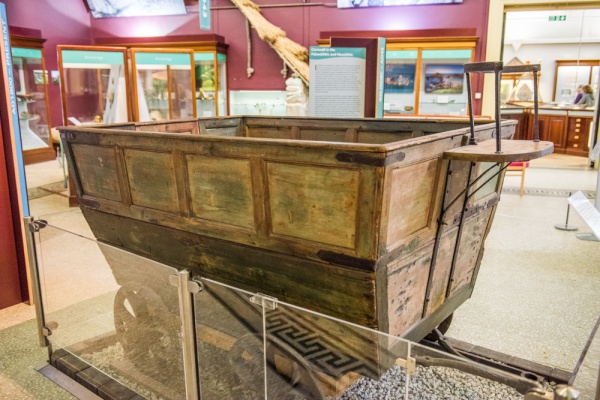 Another unusual historical highlight is the oldest surviving passenger rail vehicle in the world, a Director's Carriage built in 1810 for the Poldice to Portreath railway, a horse-powered tramway linking copper mines at Scorrier and Poldice to the harbour at Portreath.

In addition to the regular exhibits, there is a programme of temporary exhibits. When we visited last this included an exhibit on Poldark's Cornwall, including personal articles connected with Winston Graham, and displays on the truth behind Graham's gripping novels of 18h century Cornwall and its miners.

The museum is well signposted from around central Truro. There is no dedicated parking but there are several pay and display parking areas within an easy walking distance. There is a charge to visit the museum. 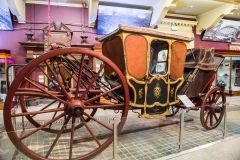 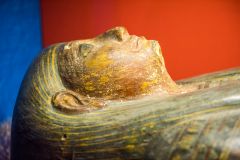 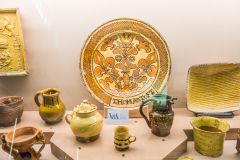