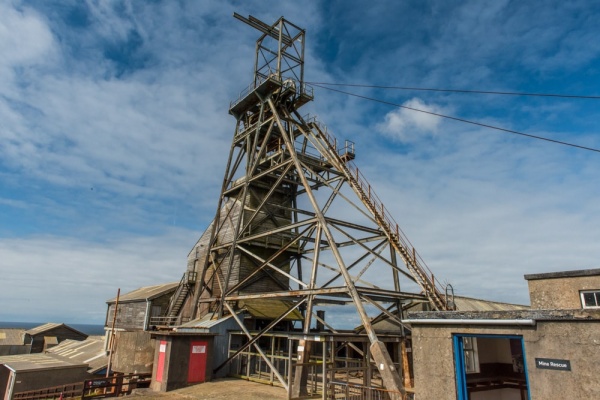 Geevor Tin Mine is one of the largest surviving mining sites in Britain, located on the dramatic Atlantic Coast of Cornwall near Pendeen. Visitors can experience an underground tour of the 18th-century tunnels, explore the disused mine buildings, and learn what it was like to live and work as a Cornish miner.

Geevor Tin Mine Limited was established in 1911. It remained in business until 1990 and over that time it brought up 4.5 million tons of raw ore and produced some 50,000 tons of black tin.

Though Geevor is a 20th-century mine it stands in an area that has been mined for thousands of years. As you explore the site it is astonishing to think that below your feet are a vast network of mine shafts and tunnels stretching out far under the sea.

Geevor was the last working mine in the west Penwith region and closed its doors in 1991 after nearly 3 centuries of continuous tin mining. Former miners stepped in to ensure that the mine and its historical machinery and buildings were not lost to decay. Volunteers help maintain the site as it was, and operate the huge museum and heritage centre museum.

The Hard Rock Museum, converted from the old mine offices, introduces visitors to the mine's long history and you learn about how miners lived and worked, with old photos and examples of tin-bearing ore. You will learn how tin ore was carved from the earth, brought to the surface and processed in the Mill to create tin concentrate for sale. 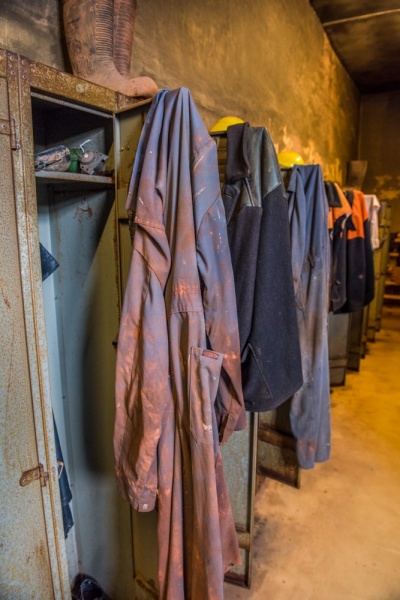 Beyond the museum, you are free to explore the old mine buildings, including the Count House, the Drill Shop, where worn steel drills were resharpened, Sample House, Winder House, and Union Hut. You can also see The Dry, where miners changed into their gear when starting a shift and whee they changed again at the end of their toil.

The Dry and the mine captain's desk have been preserved as they were on the mine's last day, with lockers half-open, posters on the walls, and coveralls hanging on their pegs. On the end of a row of lockers is a sobering painted sign 'The End 16/2/90'.

The 'Dry' moniker comes from the days of steam engines, when miners would hang the clothes they wore underground beside hot steam pipes. The hot pipes would dry the clothes. Before the advent of the steam engine, miners would simply walk home in their dirty, soaking wet clothes.

The Compressor House was built in 1920 next to Victory Shaft, which was then being built. In 1952 a new compressor house was built to hold three huge machines that fed compressed air to power winches, ventilation pumps, rocker shovels, and power drills all across the mine site.

The electrically powered compressors could together produce 110 cubic metres of air every minute at 6 atmospheres of pressure. A system of tanks, pipes and flexible hoses fed the compressed air as much as 600m underground and up to a km from the Compressor House.

The most obvious and eye-catching mine feature is the huge frame of Victory Shaft, the main wheal shaft, which towers above the squat mine buildings below. Unfortunately, for safety reasons, visitors are not allowed to climb the shaft housing. 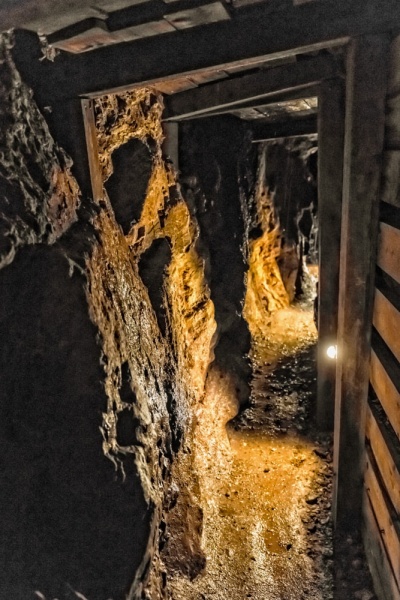 The underground mine tour of Wheal Mexico

The highlight of a visit to Geevor is the opportunity to take a tour of the underground tunnels. Tours are led by former miners who share what it was like for them to work underground and how their ancestor's managed to work in the damp, dark, dangerous tunnels. The tour takes in the 18th-century tunnels of Wheal Mexico.

Like other tin mines, Wheal Mexico followed seams of tin running out under the nearby seabed. Tunnels were dug horizontally out under the sea rather than vertically. It could take an hour for miners to walk to the furthest extent of the tunnels to begin their day's work, and another hour to walk back.

Visitors to Wheal Mexico have it much easier - and safer! You do have to wear a hardhat and coveralls for protection, but the tour is superb and utterly compelling. We loved it, but I have to admit that if you suffer from claustrophobia you might want to skip the tour and just enjoy the above-ground features of the mine, of which there are plenty!

By far the largest building at Geevor is The Mill, where tin ore was processed to get rid of waste rock and separate the tin from other minerals. The oldest part of The Mill dates to 1853, the newest to 1980. The complex of machinery is staggering, and when you consider that most of the machines would be running 24 hours a day you can imagine how incredibly noisy it would have been.

Families will enjoy a wealth of hands-on activities, including the chance to pan for minerals.

The mine forms part of the Cornish Mining World Heritage Site. Geevor is a multiple award-winner at the annual Cornwall Tourism Awards. From Geevor you can join the South West Coast Path and follow the clifftop trail along some of the most stunning scenery in England to neighbouring mines like Botallack and the National Trust's Levant Mine.

Geevor would be worth visiting even without the underground tours, but with them, it's a 'must-see'. Our family absolutely loved it. 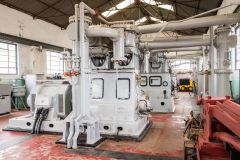 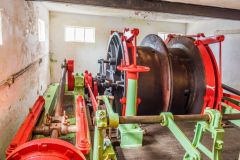 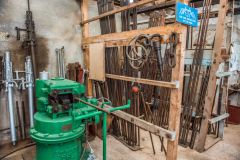 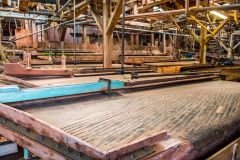 Nearest Accommodation to Geevor Tin Mine:

More self catering near Geevor Tin Mine

More Hotels near Geevor Tin Mine

More bed and breakfasts near Geevor Tin Mine

Self Catering near Pendeen