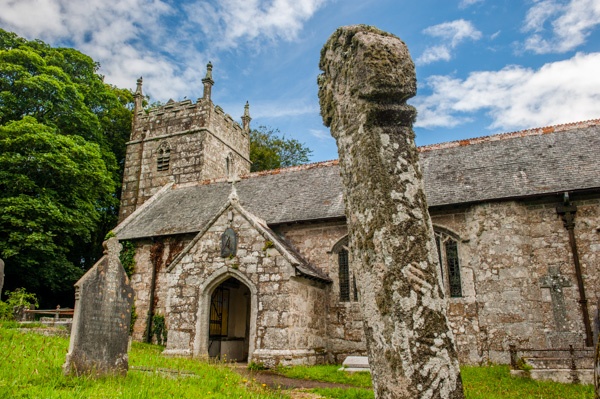 The small village of Sancreed lies in beautiful countryside on the Land's End peninsula, about 3 miles west of Penzance. The village stands on high ground and is the only parish in the Penwith region without access to the coast. The church mainly dates to the 13th and 15th centuries.

The granite ashlar tower is late 14th or early 15th century, though heavily restored in 1881. The south doorway by which you enter the church is 15th century, and there is a medieval holy water stoup beside the door. Within the church is a Norman font decorated with carved angels holding heraldic shields. and a Norman doorway reset in the north wall.

The best interior feature is the base of a wooden 15th-century chancel screen. This has very nicely carved panels to which traces of the original paint still clings in places.

Otherwise, the interior furnishings date from the late Victorian remodelling. Among the monuments is a marble wall memorial to John Scobell (d. 1825), and a touching memorial to William Forbes, who died in the Battle of the Somme in 1916. 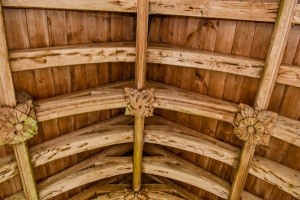 There are two large Celtic crosses in the churchyard. The first is directly east of the entrance porch, sheltered by the porch and the south wall of the nave. This is carved on all four sides, with the figure of Christ in the centre of the cross head. The cross stands 5 feet 9 inches high.

The second and largest cross stands immediately beside the path that angles from the porch to the southeast gate to the churchyard. This striking cross about 9 feet high, though some of that length is buried in the ground. The shaft and head are carved on all sides, and the quality of the carving is outstanding; it is reckoned to be one of the finest incised Celtic crosses in Cornwall.

How Old is the Cross?

No one is really sure. Opinions vary from the 8th to the 11th century. The varying estimates show how little the traditional style of carving changed during the late Celtic period.

There are three small cross heads in the churchyards, very worn, and of the traditional wheelhead design.

Sancreed is said to have been founded by St Creden, or Credan, a follower of St Petroc. According to legend Creden accidentally killed his father, and as a sign of remorse, he punished himself by living as a swineherd. He is linked to an ancient holy well and baptistry a few hundred metres west of the church. Certainly, the circular shape of the churchyard and the presence of the crosses suggests that an early religious community was established here.

In theory, the church is regularly open, though I have to say that the last two times I visited I found it locked, with no indication of where to find a key, so it seems you take your chances! However, even if the church proves to be locked the crosses are well worth a visit, and it is a short walk from the churchyard to the nearby holy well. Just follow the signed path by the phone box opposite the churchyard gate. 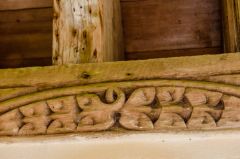 More self catering near Sancreed

More bed and breakfasts near Sancreed