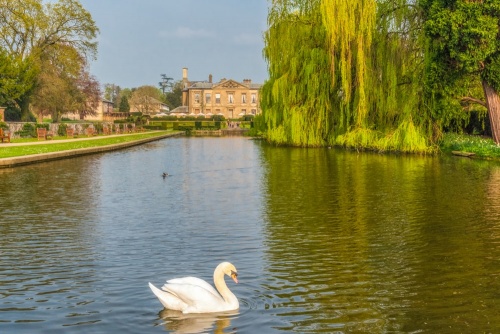 In 1150 Richard de Camville founded an abbey for monks of the Cistercian order at 'Cumbe', 4 miles east of Coventry. The new abbey was a daughter house of Waverley Abbey in Surrey, the oldest Cistercian foundation in England. The abbey had a relatively small endowment but owned a number of houses in Coventry and became in time the richest monastery in Warwickshire by the end of the 13th century. Mismanagement of the abbey estates led it a period of debt and the Crown had to step in.

It was not easy going for the abbots of Coombe; in 1345 Abbot Geoffrey was murdered. Edward III ordered 6 justices to launch an enquiry, with at least 2 jurors selected from the neighbouring county of Northamptonshire, presumably to make sure the enquiry remained impartial. Sadly, no more details of the murder or the outcome of the enquiry are known. 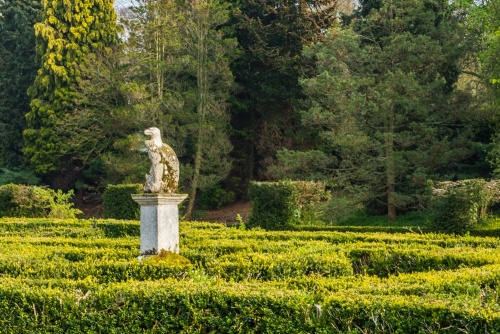 The ghost of Abbot Geoffrey is said to haunt the grounds and is also blamed for poltergeist activity in the Coombe Abbey kitchens. Other ghosts at Coombe include a mysterious horseman, a Victorian cyclist, and the spectre of a former stablehand named Matilda who disturbs guests in the night. It seems that Matilda was made pregnant by the master of the house, who refused to accept responsibility. Her child was stillborn, and Matilda cursed the house and vowed that children born here would die young - and many of them have done just that. Coincidence?

Coombe Abbey surrendered to Henry VIII's commissioners on 21 January 1539 and the last abbot and 13 monks were pensioned. The site was purchased in 1581 by Sir John Harrington, who built an impressive residence from the old monastic buildings. In its day Coombe Abbey was one of the most important stately homes in Warwickshire.

In 1603 King James I sent his daughter, Princess Elizabeth to live in Sir John's household at Coombe Abbey. The king entrusted her education and upbringing to Sir John. It was an honour, but it was an honour that nearly bankrupt Sir John; the cost of raising the Princess and caring for her household and hangers-on placed an enormous load on his finances. 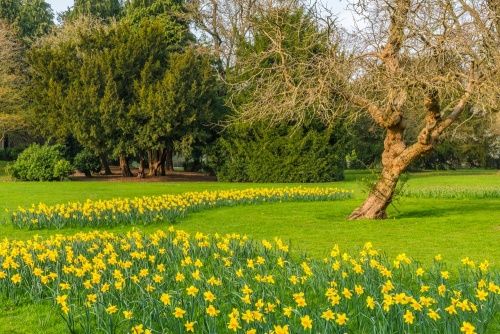 Daffodils in the arboretum

Princess Elizabeth stayed at Coombe Abbey for five years. In 1605 she became a pawn in the plans of the Gunpowder Plotters, who wanted to kidnap her and put her on the throne as a puppet under their control if their plot to blow up the Houses of Parliament succeeded. Sir John received warning that the Plotters were on their way to seize the Princess. He swiftly sent her to Coventry for safety, where she lodged with Mr Hopkins in Palace Yard, just off Earl Street. There she was guarded by the Mayor and ten loyal citizens, armed with weapons drawn from the city's armoury.

It seems clear from what we know now that the Gunpowder Plot had little chance of success, but at the time it must have seemed that Princess Elizabeth, like her parents, had been miraculously saved from a terrible fate.

In 1622 Lucy Harrington sold Coombe Abbey to the Craven family, who owned it for over 3 centuries. The house was partly rebuilt from 1682 for Lord Craven, and the formal gardens extended.

When the 4th Baron of Craven died in 1921 his widow put Coombe Abbey up for sale. It was purchased by an investment group which promptly split up the estate and sold it piecemeal. In 1964 Coventry Council bought the house and 150 acres of parkland. They restored the house and opened it as a luxury hotel, while the parkland became Coombe Country Park. 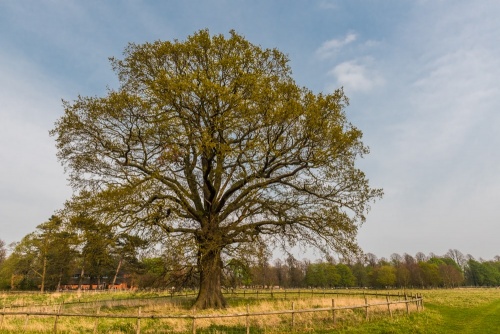 At the heart of Coombe Country Park is a 90-acre lake, surrounded by woodland. On an island in the lake is a heronry, one of the largest in Britain, with over 50 breeding pairs. A bird hide on the north side of the lake allows visitors to spot these magnificent birds. The woodland on the south bank is fenced off, allowing the birds space to live without human interference.

The serpentine lake and the woodland were laid out by the famous landscape gardener Lancelot 'Capability' Brown in 1770 for the 6th Lord Craven. Brown dammed Smite Brook to create the lake, and he and his son-in-law Henry Holland also designed a stable block, a menagerie, and kennels.

The 6th Lord Craven may have enjoyed the gardens more than he enjoyed his personal life; his wife fled overseas with the Margrave of Anspach, whom she married when Lord Craven died in 1791.

Part of Capability Brown's design survives in the Old Deer Park, where a 2-mile circular footpath takes you along the route of the old main road into Coventry, past the heronry, and beside the elegant West Lodge, designed by Henry Holland (now a private residence). 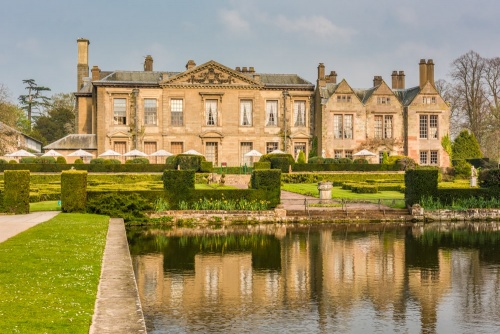 The footpath has several viewpoints with information panels illustrating the history of the estate and how Capability Brown used existing landscape features in his design. Part of that design was an avenue of trees leading visitors to the historic house. The original trees are gone but the Council has replanted the avenue with saplings that will, in time, recreate the original layout.

In 1825 the 2nd Earl Craven called upon the architect William Eden Nesfield to add an east wing to the house while at the same time Nesfield's father William Andrews Nesfield was called in to design the formal gardens below the house. The elder Nesfield laid out the moat and the elegant bridge with parapets that are the most attractive feature of the grounds.

The historic house of Coombe Abbey is not normally open to visitors (unless you are planning to stay at the hotel), but you can enjoy the rest of the estate, which includes the Capability Brown circular walk through the Old Deer Park, woodland walks, trails beside the lake, heron-spotting in the bird hide, the Victorian formal gardens and a large arboretum bordering the garden.

You can learn more about the estate and its history in the modern visitor centre near the parking area. There is a parking fee for the main visitor car park, off the B4027.