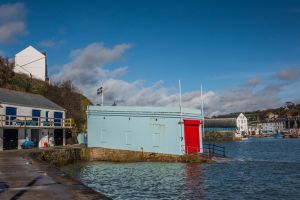 A small marine museum housed in a historic lifeboat building on the harbour edge in Mevagissey. Donations to the aquarium are used to clean up the harbour.

Species of fish caught locally are the major focus, but you can also see unusual species of marine life. A set of quite large tanks showcase local fish, including crabs, starfish, and lobsters. Though the major attraction here is the marine life, you can also learn a bit about the maritime heritage of the area. The aquarium regularly offers educational events aimed at children.

The Aquarium is housed in the old RNLI lifeboat house on the Inner Harbour. The building was erected in 1897 and held three lifeboats. When motorised lifeboats came into use in the 1930s the Mevagissey station closed down.

Since the closure, the building was used as a cafe and shop, before being converted into a gun emplacement during WWII. The aquarium opened in the 1950s and became a registered charity in 1988. The building was found to be unsound in 2004 and completely rebuilt with the aid of a Heritage Lottery grant.

The aquarium is one of the most popular attractions in the Mevagissey area, attracting an annual total of over 35,000 visitors. As of this writing, the aquarium is free to enter, though there is a donation bucket if you'd like to contribute (we did). It's a quite small aquarium, but it does give a good idea of the sheer variety of marine life that can be found locally. 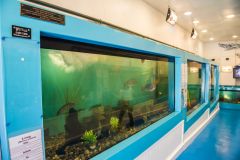 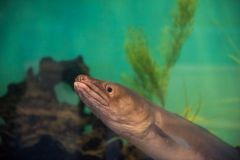 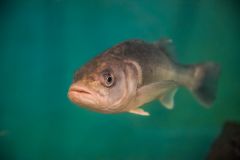