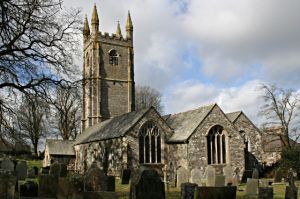 St Cleer is home to a historic holy well, a destination for medieval pilgrims who came here to cure skin diseases. Nearby is Trevethy Quoit, an outstanding burial chamber from the Neolithic period.

There are a series of early 18th-century wall paintings of Biblical texts in the nave and aisles. Perhaps the most interesting memorial is an altar tomb to Robert Langeforde, who died in 1614. In the churchyard is a 10th-century cross head set upon a pillar.

A more modern religious site is the Dissenter's Chapel, built in 1864 by the Caradon Miners' and Mechanics' Friendly Society, one of the earliest trade unionist bodies. The chapel was established to provide a burial site for those denied burial by the Church of England.

Near the church on Well Lane is an ancient holy well, protected by a 15th-century wellhead. The well waters are traditionally said to have healing properties, like similar wells throughout Cornwall. In this case, the well waters were said to cure madness. The well house was built to create a pool large enough for visitors to completely immerse themselves in the healing waters. This type of immersion was called locally 'bowssening'

Of note in the village is the Crows Nest pub, which dates to the middle of the 17th century. It was built as a mine captain's dwelling and is traditionally said to be haunted.

A short distance outside the village stands the ruins of the South Caradon mining site, where you can see the ruins of an engine house thrusting jagged walls skywards. The engine house was home to a powerful 50hp steam engine used to pump out the long inclined mine shaft.

Just outside the village is St Doniert's Stones, a pair of 9th-century granite cross slabs with Latin inscriptions. The crosses commemorate Durngarth, or Doniert, a local ruler who died while crossing the River Fowey in AD 875. Open at any time.

About a mile away from the village is this striking monument, a portal dolmen tomb composed of 5 large upright stones supporting a huge capstone. Like St Doniert's Stones above, the quoit is accessible at any time. 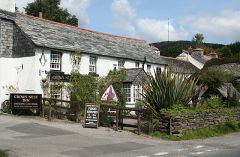 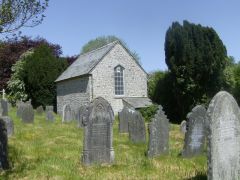 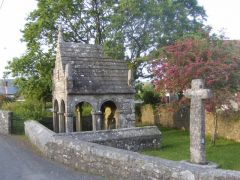 More self catering near St Cleer >>