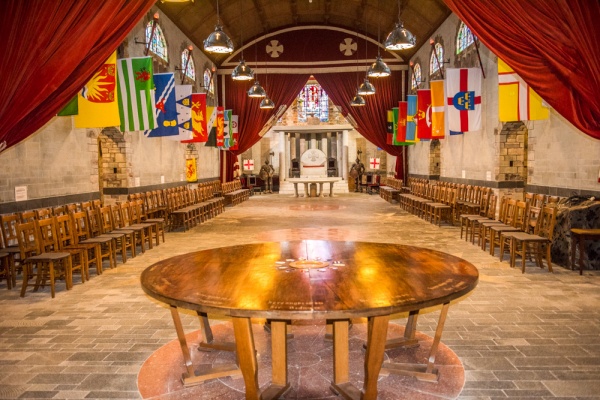 Tales of King Arthur and the Knights of the Round Table are inextricably linked to the Cornish village of Tintagel. Some tales say that Arthur was born at Tintagel, others that Tintagel Castle was in fact, his citadel of Camelot. A cavern at the base of the cliffs is known as Merlin's Cave.

In 1927 an avid student of Arthurian legend, Frederick Thomas Glasscock, founded the Order of the Fellowship of the Knights of the Round Table. His idea was to promote Christian values and the ideals of chivalry as expressed in the tales of King Arthur. Glasscock was a London businessman who retired to Tintagel, where he immersed himself in the Arthurian tales that resonate so strongly with this area of Cornwall. Glasscock was a resident of Tintagel, living at 'Eirenikon', which he had built himself.

In the early 1930s, he began to build a new headquarters for the Order on Fore Street. The building was an extension of Trevena House, itself standing on the site of the former Market Hall and Town Hall. The building was made from local materials, and it has been estimated that 53 different types of Cornish stone were used in its construction. The grey granite exterior gives no hint at the colourful treasures within. 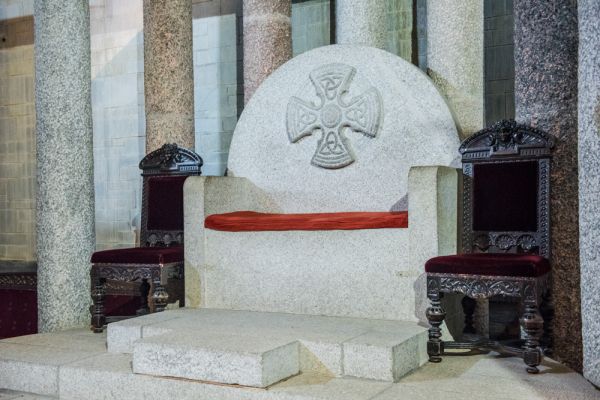 In 1933 the building opened as King Arthurs Great Hall. It now hosts meetings of a Masonic lodge. The original Fellowship of the Knights of The Round Table of King Arthur was revived in 1993 and exists to spread the ideals of Arthurian chivalry, specifically the values of care and consideration for our fellow human beings.

The highlight of the Great Hall is a superb collection of stained glass windows illustrating Arthurian legend. The windows are the work of artist Veronica Whall, a native of Surrey and daughter of Christopher Whall, a leader of the Arts and Crafts Movement. Whall designed 73 windows for the Great Halls, and her work is considered one of the best examples of 20th century Arts and Crafts art and a stunning example of Arthurian illustration.

The centrepiece of the Great Halls is a long, rectangular hall known as the Hall of Chivalry, with a large round table at one end and a dais with a high-backed throne at the other.

The ambulatory passage that runs around the exterior of the Hall is illuminated by small stained glass windows, each depicting the coat of arms of a different Knight of the Round Table. Beside each window is an explanation of the coat of arms and its meaning. 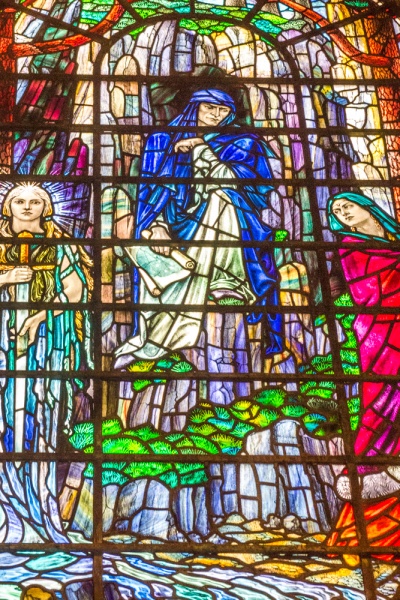 One of the stunning stained glass windows by Veronica Whall

For example, one window shows the reputed coat of arms of Sir Kay, a green hunting horn with a green ribbon. The information sign tells us that Sir Kay was the son of Sir Ector, the adopted father of King Arthur. We are told that Kay was courageous, but given to treating young knights roughly and giving them cruel nicknames. Despite his lack of gentleness, Arthur trusted him utterly and made him seneschal of all England.

On each side of the Hall are nine windows, depicting concepts of spiritual virtues embodied by different knights of the Round Table. Nine windows on each side feature amazing stained glass depicting the means by which each knight was made more perfect.

Every aspect of the Great Hall layout is symbolic and meant to be carefully considered and experienced. The Hall is designed so that visitors enter from darkness and move slowly down the length of the Hall towards the light. Everything at the entrance end is dark, or dimly lit, and the materials are rough and unfinished.

As you move towards the light, more spiritual end of the Hall, the light grows, and materials are lighter and more polished. Lighter varieties of stone appear the closer you get to the far end of the Hall. Beyond the curtain at the far end are symbols of the deepest spiritual experiences of Purity, Light, Loyalty, Faith, Love, and the final achievement of the Holy Grail. 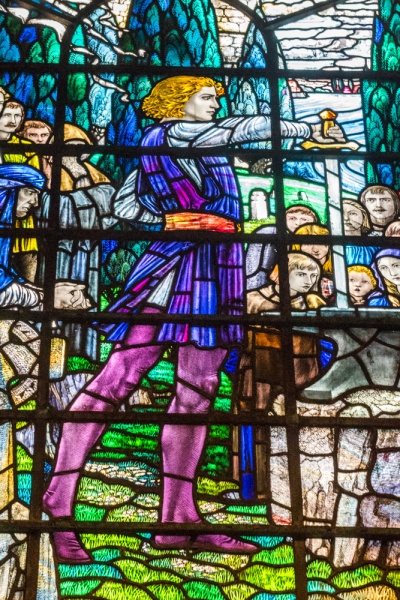 King Arthur drawing the sword from the stone

A visit to the Great Halls starts with a laser show held in a sumptuous throne room, adjacent to the main hall, narrated by actor Robert Powell.

Whether you take the tales of King Arthur literally or symbolically, or just enjoyed reading about King Arthur as a child, as I did, the Great Halls are a remarkable experience, unike any other Arthurian attraction I can think of. Though the Halls bills itself as a unique wedding venue, it is much more than that.

I confess that I was dubious when I first heard about the Halls. I suspected that it would prove to be a tacky King Arthur theme park trying to cash in on the enduring popularity of the King Arthur tales to part unsuspecting tourists from their money. I was so very wrong. The Great Hall is a stunning work of art, a unique and wonderful expression of Arts and Crafts workmanship, and well worth a visit. 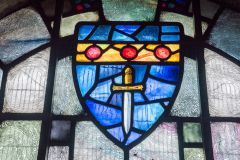 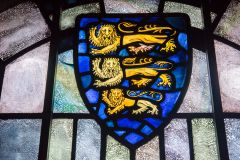 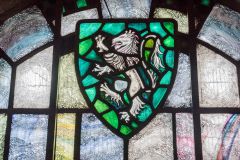 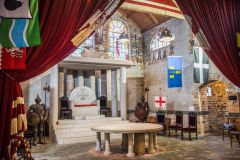