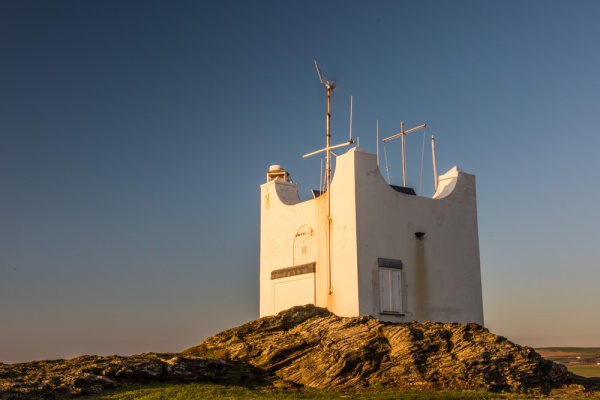 The 19th century lookout on Willapark

The eastern approach to the Tudor harbour at Boscastle is guarded by a 317 foot high promontory of Willapark. The headland here is owned by the National Trust, as is much of the surrounding coastline.

Think of the promontory as a large head on a narrow neck. You can clearly see remains of a ditch and bank across the narrow neck, dug during the Iron Age to create a promontory fort, sometimes called a 'cliff castle'. The earthworks were probably dug around 200 BC. On the seaward side of the neck, the ground rises to a rocky summit.

Some promontory forts along the Cornish coast enclosed round-houses, circular huts probably occupied seasonally or used as occasional trading posts or ritual centres. Here at Willapark, the headland is very rocky, so it is hard to imagine that would provide a suitable place for permanent occupation. It seems more likely it was used as a storage area for harvested crops, and as a safe place to retreat during times of war.

Between the earthwork rampart and the summit of the headland you can see humps of earth, known as pillow-mounds, which are the remains of man-made rabbit warrens dating back to the Tudor period. 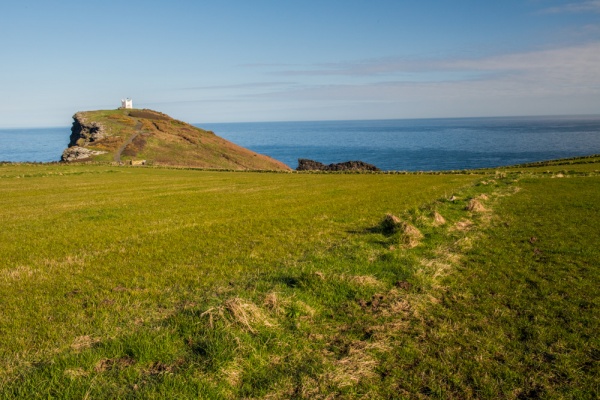 On the summit of Willapark is a striking whitewashed lookout tower, decorated like a small fortified castle tower. The tower is now used as a coastguard lookout, but it was originally bult by a 19th century merchant as a 'pleasure house'; a pleasant place to sit and watch the sea.

It was later leased to the Board of Trade and used by Revenue men to watch for smugglers. When trade restrictions wee lifted and smuggling became less profitable it was converted to serve as a coast guard lookout. It continued as a lookout until the 1970s when it was purchased by the National Trust. Since 2002 it has been leased to the National Coastwatch Institute, and a group of volunteers keep a lookout along the rocky coast below.

It is just as well that they do keep watch, for this area of the Cornish coast has a reputation for being hazardous to shipping. The bay immediately below the southern cliffs of Willapark is known as Western Blackapit, and was a notorious spot for shipwrecks.

One of the worst tragedies struck in 1843 when the Jessie Logan ran aground on the rocks, killing all the crew. The cargo washed ashore, and the impoverished locals descended en masse to gather what they could. Customs officers and coast guards tried to defend the cargo from the locals, but large quantities of cotton, sugar, and rice was carried off. The ringleaders were captured and sentenced to a year of hard labour. 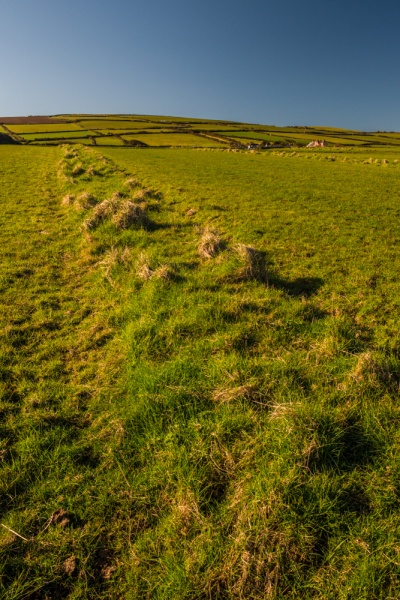 Inland of Willapark, between the headland and the village of Forrabury, are the Forrabury Stitches, one of the last remnants of a rare medieval form of farming. The sloping fields leading from Forrabury church towards Willapark are ploughed into 42 'strips', a 'Stitch Meal' arrangement of farming plots where a form of crop rotation dating back to the Celtic period is still being practised.

The land is divided into long, curving strips, with 1-2 feet of grass planted on a raised bed in between the strips. The strips are most obvious in spring before crops come up, and in September after the harvest. The Stitches are used as common grazing land over the winter.

The Forrabury Stitches are one of just three places in Britain where this method of farming is still practised.

Reaching Willapark is half the fun! You can drive directly to St Symphorian's Church in Forrabury, and access the Stitches immediately behind the churchyard, but by far the most enjoyable way to experience both Willapark and the Stitches is to take the waymarked path on the south side of Boscastle harbour.

The path climbs up the steep slope above the harbour, offering wonderful views along the coast. It takes between 10-15 minutes to reach Willapark, depending on how often you stop to admire the view! I have explored the Stitches from both directions, and though it is easier from Forrabury it is much more enjoyable to take the coastal path.

You can access both the stitches and the Iron Age fort and headland at any time. I thoroughly enjoyed sitting atop Willapark in the late evening, when golden sunlight was lighting the old pleasure house and sending long shadows across the ancient field system of the Forrabury Stitches and it is a breathtaking experience.

Do take the time to visit St Symphorian's church in Forrabury, located just beyond the Stitches. The church dates to the Norman period and features a 12th-century font and a pulpit made with carvings from medieval bench ends. Outside the churchyard is a 10th-century wayside cross. 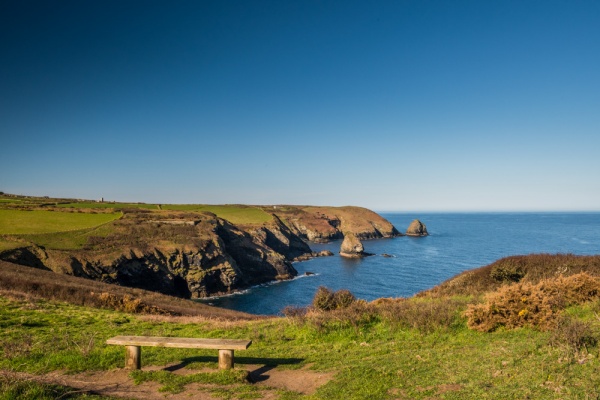 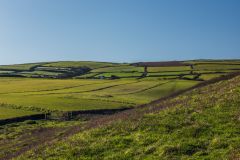 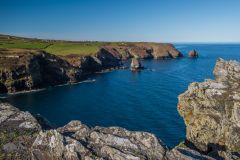 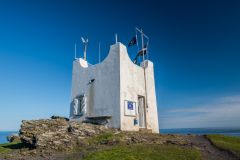 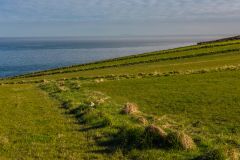 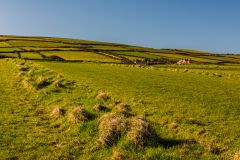 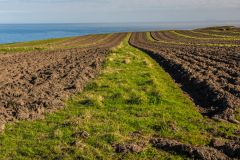 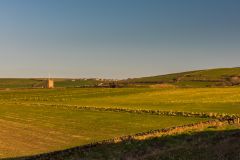