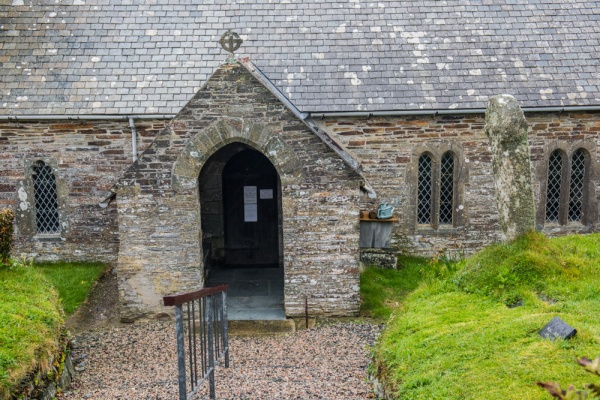 Trevalga is a small hamlet situated on the rugged coast of North Cornwall between Tintagel and Boscastle. To call the settlement small an understatement; in fact, it has roughly the same population today as it had in the 14th century.

In 1870 Richard Stephens built the Manor House overlooking the coast. The manor house is now held in trust, ensuring that Trevalga remains untouched by development. 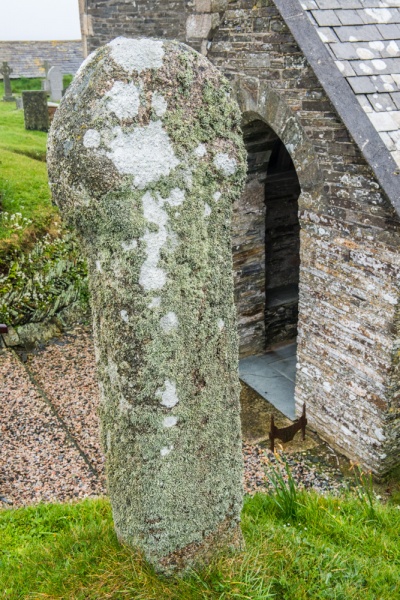 As for the church of St Petroc, it dates to the Norman period and the first record of a rector comes from 1173. It is a very simple building consisting of a nave, chancel, and north chapel linked to the nave by a Norman archway. The tower is 13th century, rebuilt in the 15th century. It was restored in 1875 by JP St Aubyn, who replaced much of the medieval roof.

There are several very good 17th and 18th-century memorials in the church. The oldest is to Samuel Roscarrock of Trehane, who died in 1640.

Beside the arch is a squint, or hagioscope, made so that worshippers in the chapel could see the high altar during Mass. Beside the squint is a medieval piscina. In the transept you can spot several finely carved timbers, perhaps pieces of the now-vanished medieval rood screen.

Behind the high altar is a 16th-century Dutch reredos carved with scenes from the Visitation, Annunciation, and Crucifixion. Also behind the altar are several old pew ends. The pulpit, desk, and sanctuary chair are carved with scenes from the life of St Petroc, a 6th-century Welsh prince who became a missionary in Cornwall. All three were given by Richard Stephens' widow in his memory. 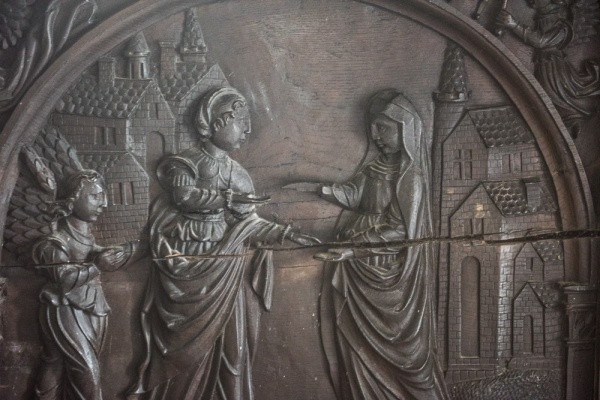 In front of the blocked north door is a simple Norman font carved from greenstone.

The stained glass windows are excellent. The west tower window and east chancel windows were designed by the famous Victorian firm of Clayton and Bell, and installed in 1889 as memorials to the Bolitho Stephens family, lords of the manor.

The most intriguing historic feature is a weathered wayside cross in typical Cornish wheel head style, standing in front of the porch. The cross may be as old as the 8th century. It originally stood by the church path but was moved into the churchyard in 1808 by the then-rector John Symons.

Artist JMW Turner sketched Trevalga church in 1811 and the sketch is held by the Tate Britain gallery in London.

Finding the church is easy. Just turn off the coast road between Tintagel and Boscastle. The church is a hundred yards down the narrow lane. It is also extremely close to the South West Coast Path along the cliffs. I came on a dismal, rainy day with the wind whipping in off the coast, so the church provided a welcome sanctuary from the weather.

Despite the elements, I thought Trevalga was a wonderful place, untouched by modern development and a perfect location for this lovely medieval building. The church was open when I visited. 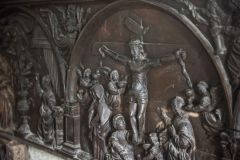