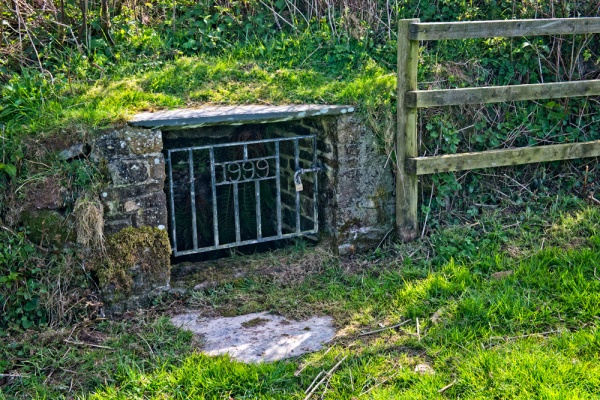 Tucked into a bank in a farm field near St Paternus Church in the Cornish village of North Petherwin stands an ancient holy well, also dedicated to Paternus, or Padarn to give him his original British name. The well is almost obscured by a hedge that acts as a field boundary, and most visitors to the area will be unaware of its existence.

The well is filled from an underground spring and is thought to date from the 6th century. It is said to be the deepest well in Cornwall. Whether it was founded by St Paternus or simply named after him is open to debate.

Padarn was a 6th-century Christian abbot and bishop. A native of Armorica in France, Padarn joined a Christian community in Ireland before going on a mission to Wales where he established a monastery at Llanbadarn Fawr. He was a contemporary of St David and St Teilo, and between them, they divided Wales into three bishoprics. 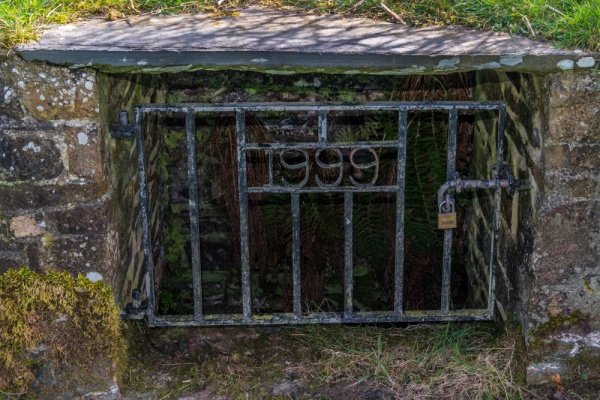 Padarn is also linked to tales of King Arthur, where it is said that the king tried to steal the saint's tunic, which was one of the Thirteen Treasures of the Island of Britain. The parish church of North Petherwin is dedicated to Paternus, the Latin form of the name Padarn.

What links there are between the church and the holy well are uncertain, but the church clearly stands on an ancient Celtic site, so it is certainly possible that the well preceded the church. Water from the well is drawn and carried to the church to perform baptisms.

The holy well is still very much a part of the local community. In 2015 the local school children took part in a Patronal Festival, celebrating St Patronus. They atttended services in the church before forming a procession to the well, carrying Patronal banners, followed by a well blessing.

The holy well is set into the side of a hedge, and when the hedge became overgrown the location of the well was lost for many years. It was rediscovered in the late 20th century and restored in 1999 when the wellhead was covered with a padlocked iron gate bearing that date. Despite the iron bars you can still see clearly into the well, though you can't reach in to access the water. 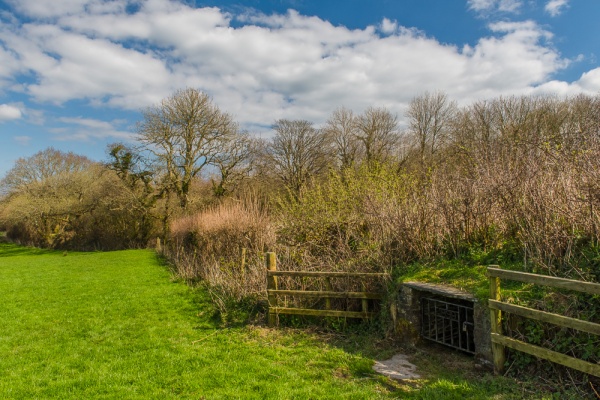 The holy well tucked into the hedge

Finding the holy well is easy.

From the church parking area, follow the road as it bends west and you will see a sign for Barton Millennium Wood. Turn down the signposted track and follow it downhill. I advise good waterproof footwear, as the track can be muddy in places. At the bottom, you reach a gate into a farm field.

Follow the footpath downhill and you will see a hedge with a gap in it in the field ahead of you. Aim for the gap and as soon as you reach it turn right and you will find the holy well, tucked into the side of the hedge. From the churchyard, it will take no more than 8-10 minutes easy walk to reach the well. 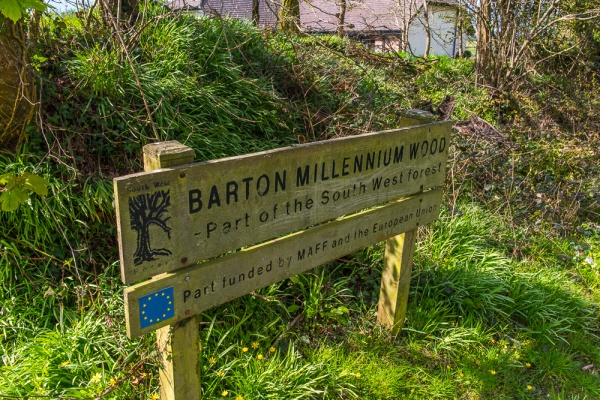 Footpath sign to the holy well via Barton Millennium Wood