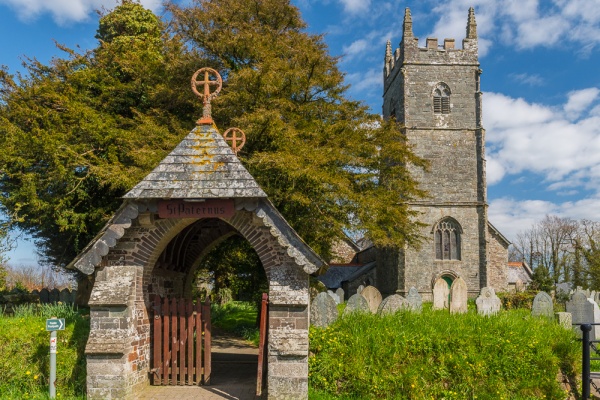 The church of St Paternus stands in pretty countryside about 5 miles north-west of Launceston. The churchyard was almost certainly an early Celtic holy site, as evidenced by the circular shape of the enclosure. The church is dedicated to St Paternus, or Padarn, traditionally said to be a 6th-century bishop, responsible for founding churches in Wales and Brittany. It seems more likely that Paternus refers to the Cornish king of that name, the father of St Constantine, who converted to Christianity in AD 587.

The North Petherwin estate was later owned by Gytha, mother of King Harold, and were either sold or given to the Abbey of Tavistock when Gytha left England following Harold's death at the Battle of Hastings in 1066. After the abbey was suppressed by Henry VIII their estates, including the church at North Petherwin, were granted to the Russell family, later to become Dukes of Bedford.

A fascinating record in the churchwardens' accounts shows that in the 1490s the wardens bought enough candlewick, also known as 'wyke yarn', to reach around the entire church. This was a common method to determine how much candle wick to buy for the year ahead; the distance around the church was measured, then an equivalent amount of candle wick purchased. The wick was then cut into lengths to make enough candles to last the entire year. 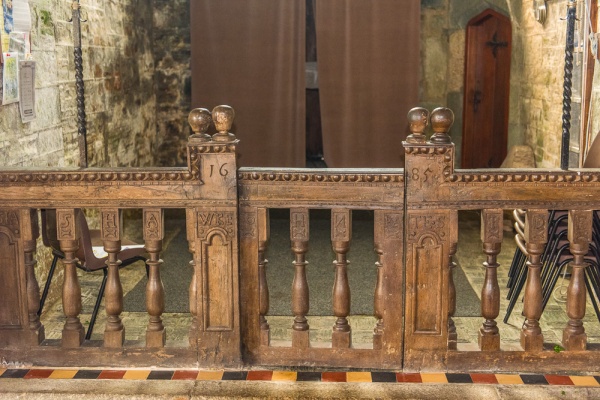 The oldest part of the church is a pair of huge Norman pillars in the north aisle. The font is also Norman, with a crudely cut bowl. Church records show that the original font was removed in 1495.

St Paternus had 10 guilds in the early 16th century, and the guilds paid for the south aisle, made as a processional aisle and supported on granite pillars from a near Rough Tor. The aisle has a wagon roof decorated with heraldic shields.

Another barrel, or wagon roof graces the north chapel, built in 1518 by a mason named John Tuell. The base plate of the ceiling is carved with a design of foliage with small dragons' heads and grotesque faces peering out among the leaves. On the chapel wall are a pair of medieval bench ends, carved with symbols of The Passion. 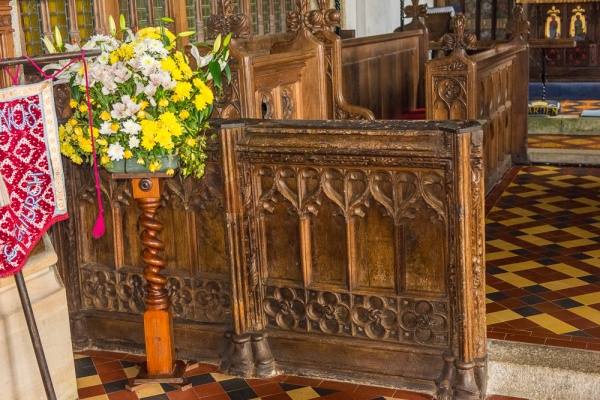 In the Lady Chapel is an altar once used as a writing desk. It may have ben the original medieval altar as it bears 5 consecration crosses carved into its surface. Behind the altar is a memorial slab to Grace Seccombe, who died in 1619.

Here lie entombed three sisters all sweet girlsFor graces rare for goodness matchless pearls
The youngest first did make up her account
And did ascend God's sion holy mount
The eldest next not willing here to stay
Went on with cheer the hard but happy way
The second last on cherub wings did fly
Unto the place of joy the starry sky
Their souls are met their bodies sleep in dust
And shall not wake till rise again the just
Where in the air they shall their Jesus see
And with a 'come ye blessed' blessed be. 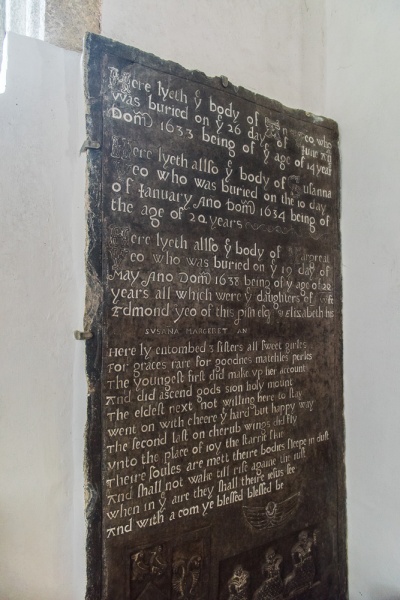 Though the chancel furnishings are largely the result of a Victorian restoration, the base of an early 16th-century screen remains. Parish records show that it was carved by three Breton woodworkers who were paid 40 shillings per linear foot.

The pulpit is Victorian. An unsubstantiated story says that it replaced a Jacobean pulpit, which was deemed by a local woodworker to be beyond repair. The new pulpit was installed and the craftsman took the old pulpit away. It was later discovered by chance in St Mary Magdalene church in Launceston. Presumably, the woodworker saw the opportunity to make some money by supplying the new pulpit and selling on the old one.

In the south aisle is a striking bronze memorial to Dennis Kingston of Barton (d. 1851). 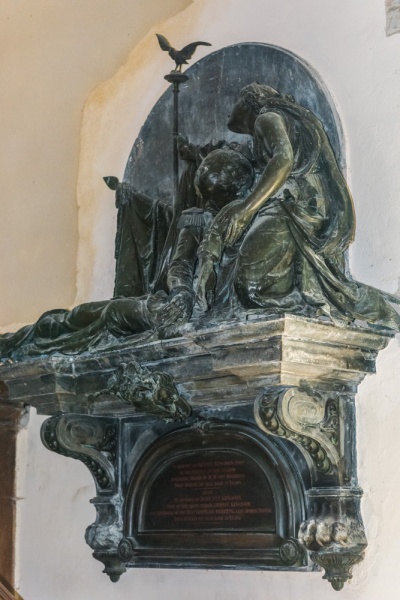 Another historic feature are a set of communion rails, made in 1685 and now installed at the base of the tower. They are carved with the date and the names of the churchwardens at the time. They are so similar to the rails at Altarnun that it seems likely they were carved by the same craftsmen.

In a farm field below the church is a holy well thought to date to at least the 6th century. The well was first recorded in the churchwardens' accounts for 1496, but it is certainly of a much more ancient date. Water from the well is used for baptisms, and there is often a patronal feast procession from the church to the well to bless the water. See our article for instructions on how to reach the well.

The church is normally open daylight hours and is well worth a visit. 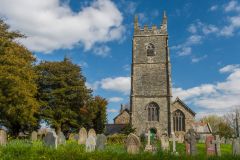 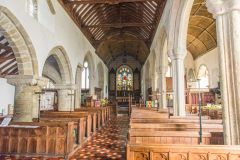 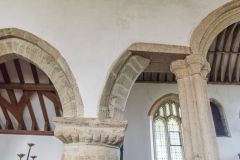 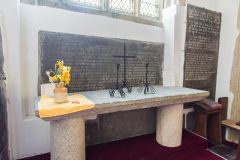 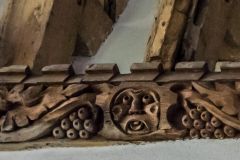