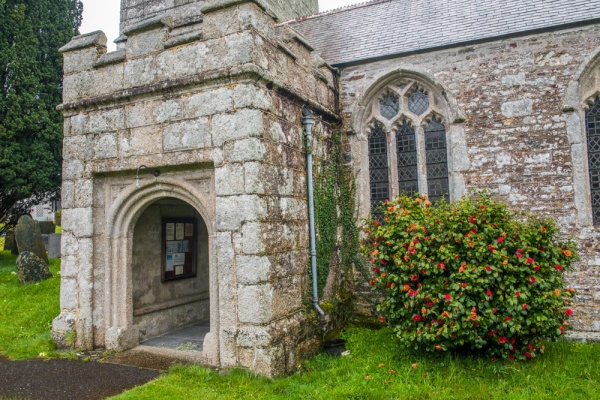 The village of Jacobstow lies midway between Bude and Camelford, just off the A39 coastal road. The church of St James stands at the bottom of a wooded hollow, bounded by two streams that help create a timeless, idyllic atmosphere. The hollow helps protect the church and the village from the biting wind that blows off the coast just three miles to the west.

There may have been a Saxon church on this site, but the attractive stone building we see today is a product of the Norman period, rebuilt in the 15th century. The church was restored by JP St Aubyn in 1886. 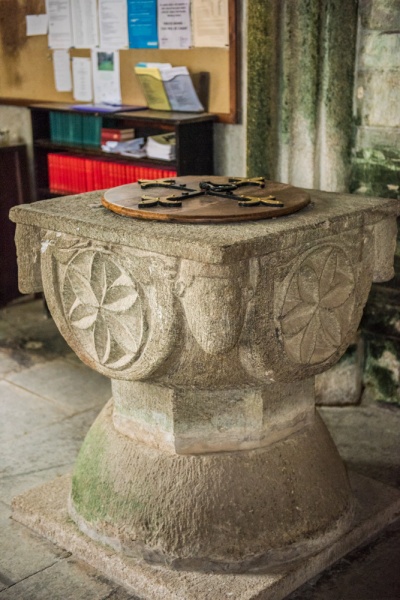 From the exterior, the most impressive feature is the battlemented west tower. On the north side is a projecting stair turret with slit openings to admit light.

The oldest historic feature inside the church is a striking Norman font, similar in style to the celebrated font at Altarnun, on the edge of Bodmin Moor. The font is carved from Tintagel greenstone and at each corner of the square bowl is a carved head. Between the heads are flowers within roundels.

The high altar is formed from an Elizabethan communion table. It replaced the medieval stone altar which is now in the Lady Chapel. The stone altar was removed in 1550 when a decree of Edward VI required all stone altars to be taken down and destroyed. 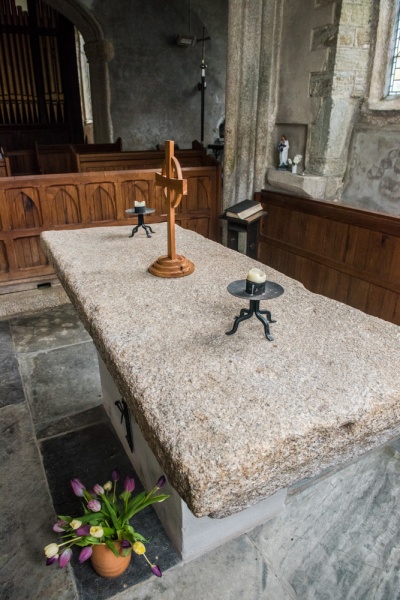 Thankfully it was not destroyed, but was removed from the church and for many years served as a footbridge slab. It was rediscovered in the 19th century and brought back inside the church as a seat. It was moved into the south aisle chapel in 1972. On the base of the altar is a wooden cross held together with 15th-century nails, salvaged from the medieval timber roof when it was restored.

One of the best memorials is a slate monument to Susannah and Mary Clerk, sisters who died in 1745 and 1748 respectively. You can find it on the exterior of the east wall.

As you leave the churchyard don't miss a curious slate gravestone carved with the likeness three piglets.

The church is usually open daylight hours to visitors and was open when we visited. 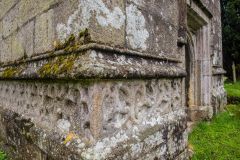 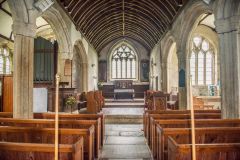 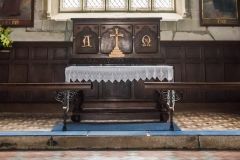 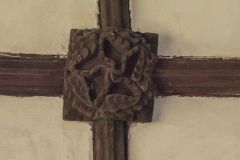 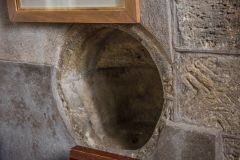 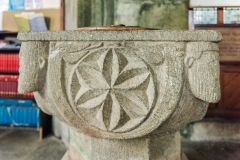 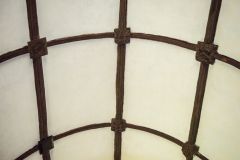 Self Catering near Jacobstow