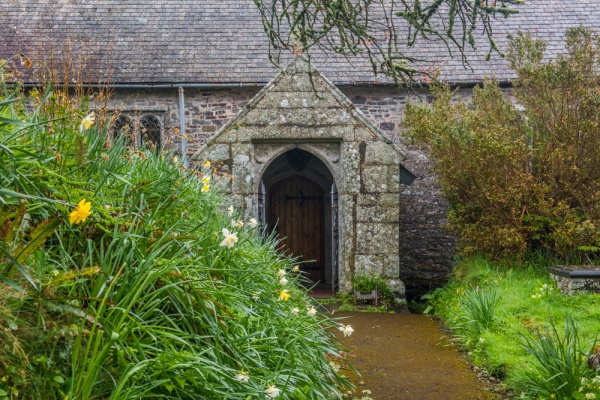 Hidden away among the high cliffs north of Crackington Haven is the hamlet of St Gennys and its beautiful medieval church. How high are the cliffs? Within walking distance of the church is The Haven, at 730 feet the highest sea-cliff in England. From the churchyard you can see Lundy Island on a clear day, recalling an old weather-forecasting rhyme, 'Lundy high sign of dry, Lundy plain sign of rain'.

Sometime in the middle of the 7th century a group of Celtic monks settled in this isolated place and established a simple church. The monks probably came from St Kew, near Wadebridge further south along the coast, or from St Kew's mother church at the abbey of Llandough in Ireland.

Their choice of this remote location was not as odd as it sounds, for just outside the churchyard you can still see an ancient well fed by an underground spring, so the monks would have had access to fresh water. That water would soon become a holy well, dedicated to St Gennys. 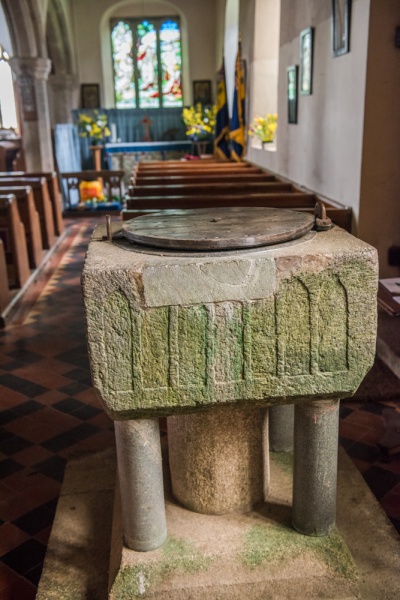 There were no less than four Iron Age forts in the area, so there would have been a reasonable local population to preach to. That first church probably consisted of little more than the holy well, a stone cross, and simple huts for the monks.

In the church is a very old and worn circular stone which may possibly be the original Celtic cross head.

There may have been a small stone church here in the late 10th century after King Athelstan annexed Cornwall. We do know that sometime around 1154 the church was granted to Launceston Priory.

The present building dates to the 15th century, but it retains parts of an earlier Norman church. The lowest two stages of the tower are 12th century, and there is Norman stonework in the chancel walls. Only five other towers in Cornwall have Norman stonework. There is a simple reason for this; most churches did not have towers at all until the late medieval period. The tower is exceptionally short, reaching just 22 feet high.

You can see the Norman tower arch from inside the church and deeply splayed Norman windows in the tower walls. The font is from about 1170 and is carved from Tintagel greenstone. The square font bowl is carved with blind arcading and is supported by four corner posts and a large central column. 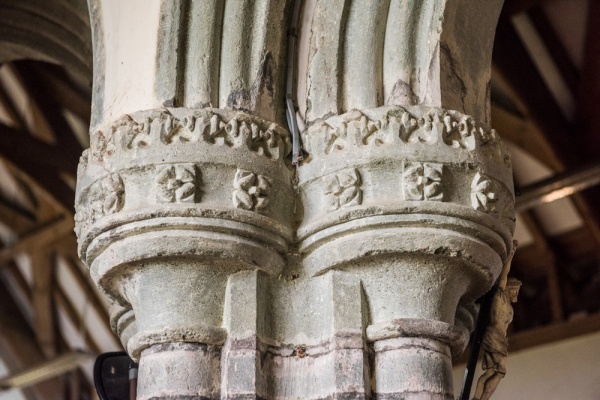 In the porch is a holy water stoup dating to the Norman church. It was lost for many years and discovered over a mile away in 1906 in a heap of stones.

Two Tudor bench ends survived a comprehensive Victorian restoration. They have been incorporated into a Litany desk in St Mary's Chapel.

The north arcade was added around 1350. It is a beautiful example of Decorated Gothic style and is made of Polyphant Stone with beautifully carved capitals. On the south chancel wall is a memorial to William Braddon, who served as an MP for the area and fought for Parliament in the Civil War.

At the east end of the north aisle is St Gregory's Chapel. On the north wall is one of the most touching memorials I've ever seen in an English church. It commemorates the nine children of William and Margaret Yeo who died in infancy. The memorial is dated 1693 and reads:

Reader, Nine Lambs in their great shepherd sleepe,
To rise againe, And stand among his sheep.
May the great three in one, for ever blest,
Bring the surviving three To endless rest
Sic transet Gloria Mundi. 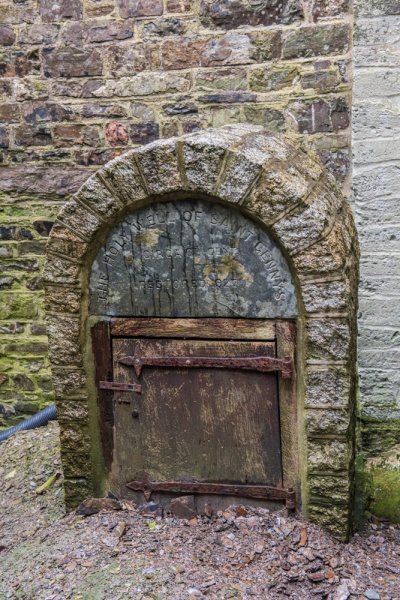 The south aisle chapel is set aside to recall the dead of the two World wars. St Gennys was hit hard by the wars; of 44 local men who joined the services, 11 died in action.

In the churchyard are poignant memorials to the crew of several ships that went aground along this stretch of coastline. Among the memorials are those to the barque 'Capricorna', the brigantine 'William', and the SS 'City of Vienna'. Just outside the south porch is a 16th-century gravestone to Benet Mill of Treworgie, who died in 1593.

Tucked in beside the west end of the church is a second holy well under a rounded wellhead. This second well is said to have been created by a vicar who wanted to encourage pilgrims to the church. It is inscribed with 'The Holy Well of St Gennys, circa 6th century, restored 1927'. Though the wellhead is relatively modern, it is entirely possible that it stands upon older foundations.

St Gennys church is blessed with a stunning location. I visited on a wet and windy day but even then the ambience was something quite special. The church stands near the South West Coast Path and is well worth an excursion to see. It is usually open to visitors and was open when we arrived.

Note
When I visited the church I asked a local person about the two holy wells. They suggested that the more popular well in the field beside the church should not be visited as it was on private land and the owner wasn't thrilled with people passing across their field to view it. By contrast, the well close to the church is easy to visit, even if there are doubts about its age. 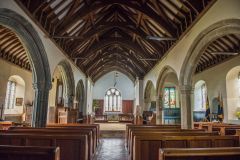 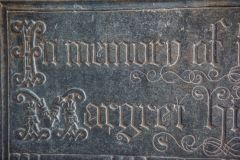 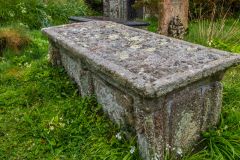 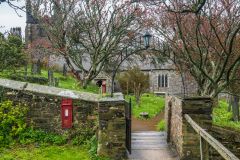