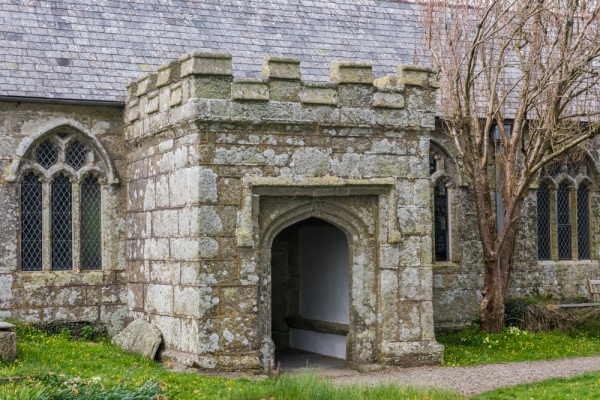 The beautiful country church in the Cornish hamlet of St Juliot was the setting for one of literature's great romances. In 1867 the medieval church, dedicated to St Julitta, was in poor condition, and in dire need of restoration. The rector called upon an architect from Dorchester, Dorset, named John Hicks to survey the church and draw up plans for its restoration.

Unfortunately, Hicks died before the restoration work could begin, and the task of overseeing the restoration fell to his young assistant, an aspiring young architect by the name of Thomas Hardy.

Hardy visited St Juliot and stayed at the Old Rectory, now a luxury B&B, while surveying the church. Staying with the rector at the time was his sister-in-law Emma Gifford. The pair fell in love, and spent long hours exploring the area around St Juliot, Emma riding and Thomas striding along at her side. The couple married four years later, and Thomas Hardy wrote a novel about their courtship entitled 'A Pair of Blue Eyes'. 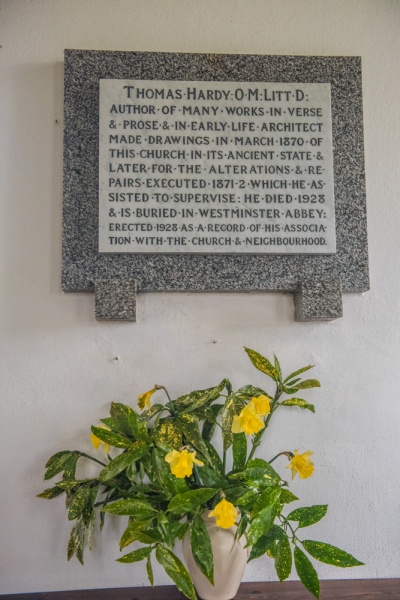 Sadly, the marriage proved to be an unhappy one, though Hardy launched a successful literary career. When Emma Hardy died in 1912 Thomas returned to St Juliot and erected a memorial to Emma in the church. He seems to have been deeply affected by remorse, and wrote several poems in honour of his dead wife. In fact, he was so full of remorse that it seems to have affected his second marriage rather badly.

The Hardy connection with St Julitta's church was strengthened by the Hardy Society, who gave the church a beautifully engraved window to mark the Millennium. The window was designed by Simon Whistler and depicts scenes from Hardy's travels from Dorchester to St Juliot, his writing desk, and his architect tools. It also shows scenes from two poems set in the area; 'Under the Waterfall' and 'On Beeny Cliff'.

The church has become something of a pilgrimage destination for fans of Hardy and his works. The Hardy Society has a display with current Society journals, and there is information on the novelist's connection with the area and his courtship of Emma. On the wall is a plaque erected in 1928 on Hardy's death, though the author is actually buried in Westminster Abbey. 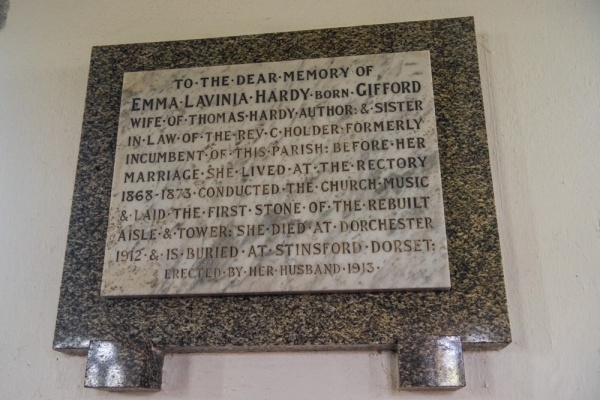 Hardy's architectural contribution to the church is somewhat overshadowed by his personal life. Only the tower was restored under his supervision, though he did not draw up the plans himself. He did, however, work on the interior restoration of the church.

The interior of the church has been altered by the restoration; the present main aisle was the original south aisle, and the present north aisle served as the original central aisle. In the south wall of the chancel is a medieval piscina, thought to have been moved here by Hardy.

Hardy planned to repair the original medieval screen rather than replace it, but the builder he employed for the work is said to have told him, "I said to myself I won’t stand on a pound or two while I’m about it, I’ll give ‘em a new screen instead of that patched up old thing!" and Hardy had to give in. The pulpit was also installed during Hardy's restoration, though again, it was not part of his original plan.

Hardy's plans for the church are preserved in the church are several drawings are on display. His sketches show that the church possessed a set of medieval carved bench ends as well as the screen and pulpit, but all of these were removed during the restoration work. There is also a watercolour by Emma Gifford illustrating the old transept.

The church is dedicated to Julitta, of whom nothing is known. Julitta may be another name for Juliana, one of 24 children of King Brychan of Brecknock, all of whom became Christian missionaries in Cornwall. 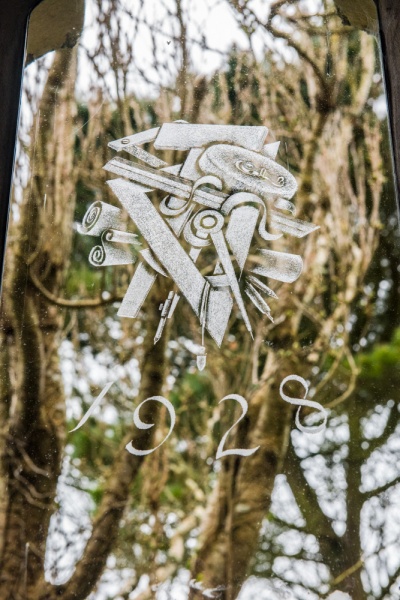 There was a church here at the time of the Domesday Book in 1086. That early building was enlarged in the 13th century when transepts were added, and in the late 15th century a south aisle and porch were built. In 1238 the church passed to the canons of Launceston Priory.

Perhaps the most interesting historic features are not in the church itself but in the churchyard, where there are three ancient Cornish wayside crosses. One of the crosses was brought here from Anderton Mill at nearby Lesnewth. This is a good example of a wheelhead cross and originally served as a boundary marker between parishes. It stands 1.65m tall and you can see holes where it was used for a time as a gatepost. The Anderton Mill Cross stands by the northern entrance to the churchyard.

To the east of the church is the Tregatheral Cross, another wheelhead cross that served as a boundary marker between the parishes of Lesnewth and Minster. It was discovered in 1952 being used as a farmyard gatepost at Tregatheral Farm, with the cross head buried in the ground.

On the south side of the churchyard is the third cross. The cross head has survived in better condition than the other two crosses. This cross was used as a waymarker on the footpath from St Juliot to Boscastle. It is thought to be in its original position. I've walked the footpath from Boscastle to the church, and the cross stands immediately beside the route. So after as much as 1000 years, the cross is still being used for its original purpose. 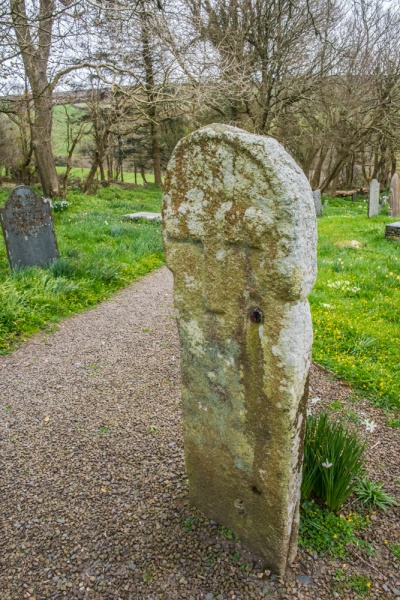 One of the most interesting interior features is a 16th-century Italian bronze relief of the Deposition of Christ. Most of the remainder of the church furnishings date to Thomas Hardy's restoration. Apart from the memorials to Thomas Hardy and Emma Hardy there is a memorial tablet to Reverend Cadell Holder, Emma's brother-in-law, who was rector at the time of Hardy's church restoration.

The church is located in an idyllic spot surrounded by trees, up a winding country lane a few miles inland from Boscastle. It is usually open daylight hours and was open when we visited.

Just a few hundred yards up the lane to the north-west, you will find the Old Rectory, where Thomas Hardy and Emma Gifford met. The rectory is not open to the public (unless you want to stay as a paying guest), but its connection to Hardy is maintained, as two of the guest rooms are named 'Hardy's Room' and 'Emma's Room'. 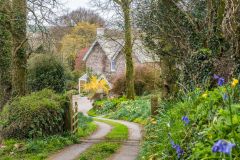 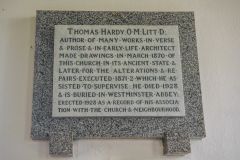 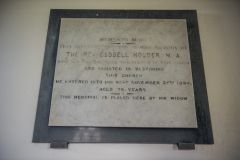