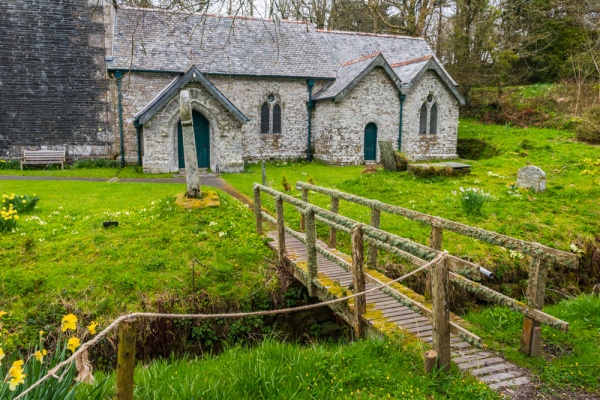 Up a winding country lane, east of Boscastle lies the scattered hamlet of Lesnewth, a place of atmospheric woodland and mossy banks. Tucked in a hollow below the lane is the 12th-century church of St Michael and All Angels. The church is so deep in the wooded hollow that only the tower is visible from the lane, and even that is half-hidden by trees.

The hidden location is no accident. There was said to be a church here in the Saxon period when Danish raiders sailed along the coast, and it was deemed prudent to build the church where it could not be seen from the sea. If that was the intent, it failed, for the Danes found the church and ransacked it while on their way to raid the nearby manor house at Helsett.

The Saxon church was rebuilt in the Norman period on a cruciform plan, with a tower added in the 15th century. That Norman church, in turn, had to be rebuilt in 1862 by architect JP St Aubyn. St Aubyn did not take a light touch; he is said to have used dynamite to blow up parts of the Norman church. Fragments of Norman tracery carving that survived the demolition can be seen in the hedge close to the west tower. 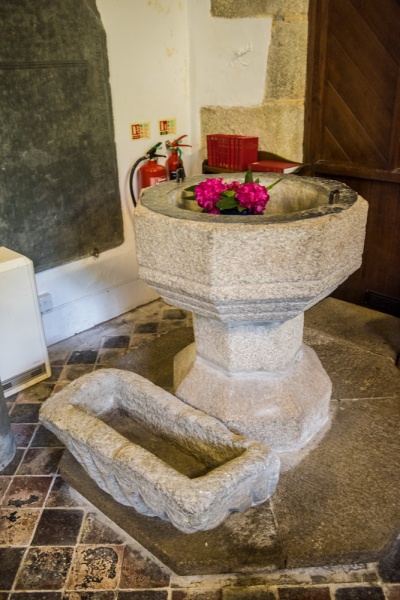 Thanks to St Aubyn's efforts, the interior is largely Victorian, with a nave, chancel, west tower, and south chapel used as a vestry. The architectural drawings made by St Aubyn hang on the south wall. The choir stalls are Victorian, as is the pulpit. Thankfully, some traces of the earlier Norman church survive in the chancel.

The north chancel window sill is made from a Norman altar slab. You can still see the consecration crosses incised into the corners of the stone slab. In the south chancel wall is a stone cupboard, or aumbry, with a Norman window set deep within it - a most unusual arrangement. Also in the chancel is a 14th-century piscina, reset in the south wall.

There are only a few memorials worthy of note. On the north wall is a monument to William Yeo of Margar, dated 1680. There are several old ledger slabs, including one to Humphry Prowse of Mamhead, Devon (d. 1638). The font dates to the 13th century and has a lead-lined bowl. 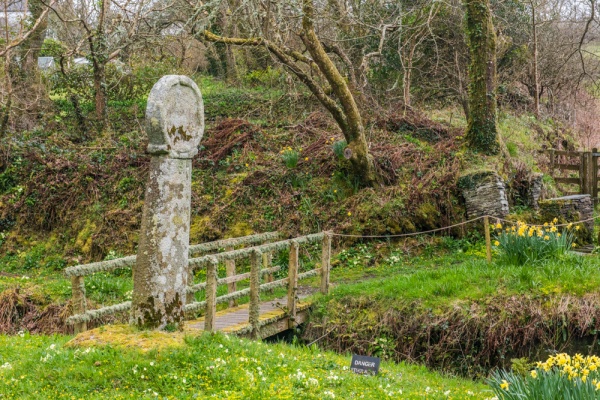 In the porch is a fascinating painted board dating from 1865, stating that 72 free seats were to be provided in the church. This is a reminder of the days when all the seats in a church were rented.

The most fascinating feature for me is a medieval churchyard cross located south of the church porch. The cross is a traditional Cornish wheel head design, with a maltese cross on the east side. The cross head was found buried in the churchyard in 1872.

Beyond the cross, a path leads to a picturesque bridge across a small stream.

It is the setting that I will remember most about visiting Lesnewth. The leafy hollow, the sound of the stream running by, and the ancient cross all combined to leave an indelible impression.

St Michael's is usually open to visitors and was open when we visited. 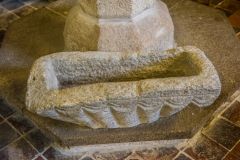