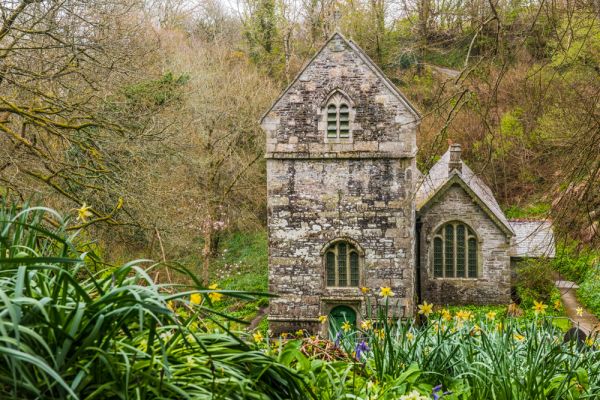 Minster Church from the west

Two ancient churches serve the North Cornish port of Boscastle, and nether is in the village itself. One is at Forrabury, on the clifftops south-west of Boscastle harbour. The other is Minster Church, tucked away in a shaded dell on the slopes of the Valency Valley, well inland. Minster church can lay claim to one of the most idyllic, peaceful settings of any church in Cornwall.

The origins of Minster Church go back to at least the early 6th century, when a Welsh princess named Madryn settled by a spring, or holy well, in the Valency Valley. Madryn, who was later sanctified as Materiana, or Merteriana, was the eldest daughter of King Vortimer the Blessed of Gwent. She became known as a healer, and the spring waters were reputed to have healing qualities.

A small monastery grew up around a holy well, and St Merteriana's relics were kept in the monastic church near where the vicar's stall now stands. You can see the top of the saint's tomb set into the floor beside the font.

That first church was probably about the same size as the present chancel and sanctuary combined. It was reached through a low doorway in the north wall, and you can still see the base of that early door in the exterior of the wall. 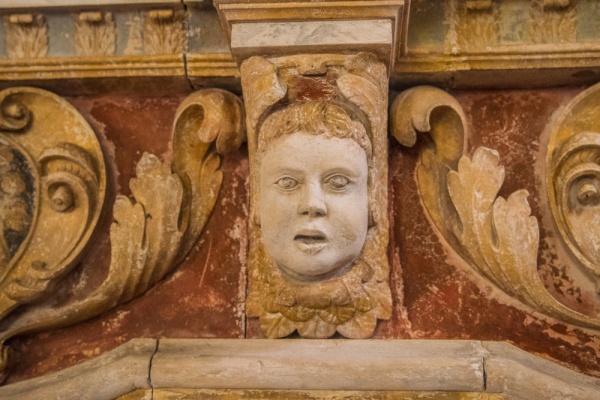 That Celtic monastic church was rebuilt around 1150, probably by William Bottreaux, lord of the manor, whose father had fought with William the Conqueror. William gave the elder Bottreaux estates in North Cornwall in gratitude, and the family built the castle that gave Boscastle its name. The newly rebuilt church was given to the Benedictine monastery at Anjou, France.

It was enlarged in 1507, when a south aisle was added, and the tower was given an upper stage. The tower roof is saddlebacked, an unusual feature in North Cornwall.

By the 19th century, the church had decayed badly, and in 1869 the roof collapsed. Architect JP St Aubyn was called in to restore the church. St Aubyn was an extremely popular church architect in 19th century Cornwall. Unfortunately, some of his church restorations are heavy-handed, and at Minster he has swept away much of the medieval church and its furnishings.

Thankfully quite a bit still remains, including a Norman font with a circular bowl carved with diagonal criss-cross lines. There are some very good 17th-century memorials, including one to William and Elizabeth Cotton, dated 1656. The epitaph is a wonderful example of 17th-century style, with the rather loose spelling typical of the time: 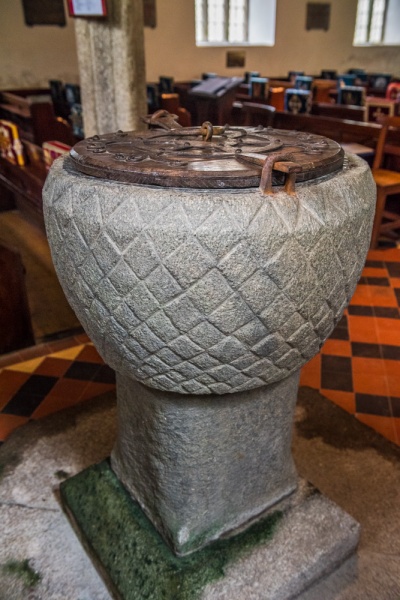 On the wall is a very touching memorial brass to Hender Robarts, who died as an infant in 1602. There is a very good Elizabethan memorial to John Hender of Bottreaux Castle, in the typical style of the period, with Hender kneeling in an attitude of prayer, facing his wife across a prayer desk.

There are several late medieval carved bench ends, used to build the credence table. More bench ends were used to create the altar at nearby St Symphorian's church in Forrabury. Beside the altar is an original 13th-century window.

One very unusual feature is a carving of a pair of scissors incised into the tower wall. This is thought to date to the early 15th century, but no one knows what it signifies.

The churchyard is stunning in spring when daffodils and bluebells mix with wild garlic and snowdrops to create a colourful blanket. The church grounds have been named a Site of Special Scientific Interest, and the grass is only cut twice a year to encourage plant life. The churchyard is home to a colony of greater horseshoe bats. 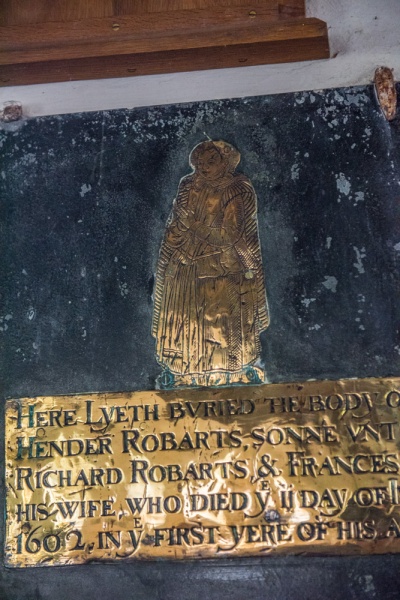 Minster Church was immortalised in a poem by Rev. RS Hawker of Morwenstow, who wrote:

The Minster of the trees! A lonely dell
Deep with grey oaks, and 'mid their quiet shade
Grey with moss of years, yon antique cell!

The church is still 'grey with moss of years', and is one of the most picturesque and beautiful historic churches in Cornwall.

Access is easy; the church is on a minor road off the B3266 just south of Boscastle. Or, if you prefer a more energetic route, take the Valency Valley footpath from the centre of Boscastle. The route goes fairly straight up the valley, following the river, until you come to a footbridge and a signed path to the church.

If you get a chance I recommend visiting Lesnewth church, less than a mile east along the lane. 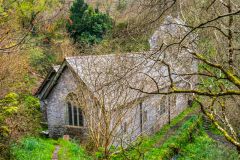 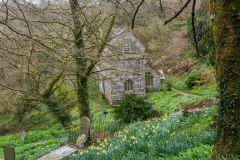 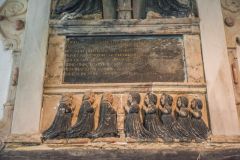