Boscastle Museum of Witchcraft and Magic 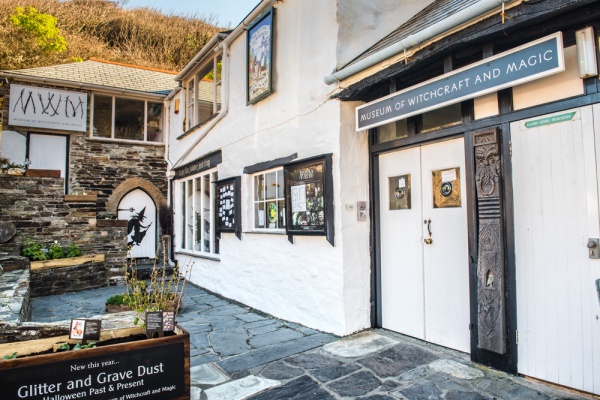 The Museum of Witchcraft and Magic

In a beautiful whitewashed cottage beside Boscastle's historic harbour is one of Britain's most popular independent small museums, dedicated to the history of witchcraft and magic. Though the museum focusses on Britain, it includes information on magical beliefs and practices around the world and across many cultures. From small beginnings, the museum now boasts the world's largest collection of witchcraft related artefacts.

Most of the exhibits focus on historical folk magic and healers, sometimes known as white witches or cunning folk. One display mimics the interior of a traditional cunning woman's cottage, with a 19th-century woman seated at her kitchen table, surrounded by commonly used herbs and tools for divination.

There are exhibits on witch trials throughout British history, and on the Pagan religion of Wicca. Then there are displays on more esoteric subjects like alchemy, ceremonial magic, and even Freemasonry. One small display highlights Satanism, making a clear distinction between it and modern Pagan witchcraft.

Some of the artefacts on display were owned by famous witches. There are talismans made by Gerald Gardner, founder of Wicca, ritual swords used by the Wiccan Alex Sanders, and a chalice owned by Aleister Crowley, the famous (or infamous) occultist. Many modern practitioners of witchcraft in its various forms have bequeathed their tools to the museum. More objects are regularly purchased by a charitable group known as the Friends of the Museum of Witchcraft. 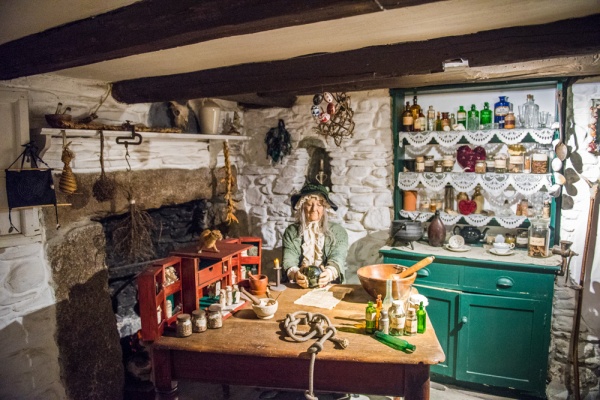 Everywhere you look there are fascinating objects, from WWI charms born into battle by soldiers, to a prosperity charm made by placing three bumblebees in a bottle. See a traditional straw costume worn by the Shetland Islands 'skekler', and first edition copies of Tudor books on witchcraft.

One item that caught my eye was a house protection charm made by a Devon witch, in the shape of a hand with a red heart on the palm. There are Goddess statues, crystal balls, crystals, and ouija boards, even a brightly painted broomstick used by a sensitive from Manaton named Olga Hunt, who had a habit of leaping around Haytor Rocks with her broomstick at the full moon, alarming courting couples and campers.

One of the funniest 'charms' is a Hitler pin cushion, made to stick pins into a doll in the shape of the German leader. The idea for 'hexing Hitler' was promoted by Readers Digest Magazine, who even provided a handy verse to be sung during ritual pin-sticking:

The museum is organised into themed areas. On the ground floor are the wise woman's cottage, divination, fortune telling, sea witchcraft, Aleister Crowley, spells and charms, the Golden Dawn, modern witchcraft, Gardener and Saunders, Christian Magic, herbs and healing, persecution of witches, and an exhibit exploring 'what is a witch?'

Upstairs the space is a little more open, with fewer, larger exhibits covering protection, cursing, mandrakes, Goddess worship, the Horned God, and a delightful exhibit on piskies, faeries, the Hare Lady, and the Green Man.

Over time the museum has become something of a pilgrimage site for modern witches and occult practitioners. There is a large document archive and a museum library for more in-depth research. 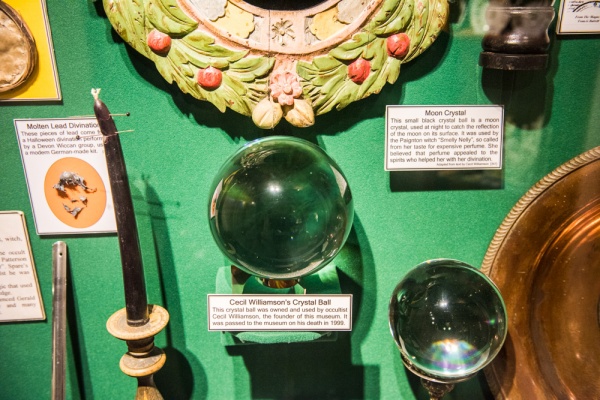 He tried to open a museum of witchcraft in Stratford-upon-Avon but local opposition forced him to reconsider his plans. In 1949 he opened the Folklore Center of Superstition and Witchcraft in Castletown, Isle of Man, with Gardner acting as a 'resident witch'.

The pair eventually fell out, and Williamson sold the museum to Gardner and returned to England, where he opened the Museum of Witchcraft in Windsor. Local opposition forced him to close the museum after just a year. In 1954 he reopened it in Bourton-on-the-Water, Gloucestershire. An arson attack in 1960 forced another move and Williamson finally found the home he was looking for in Boscastle.

Initially, the museum was focussed on folk magic and what Williamson called the 'wayside witch'. In 1996 (at precisely midnight on Halloween) the museum was sold to Graham King and Liz Crow. King, a practising Pagan, got rid of the more sensationalist displays. In 2013 the museum was merged with Simon Costin's Museum of British Folklore. 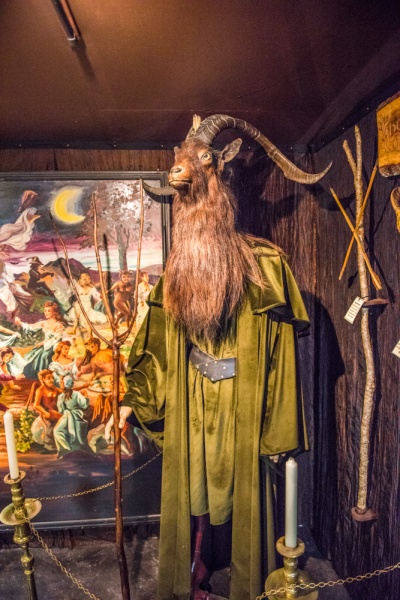 The museum does a fantastic job of peeling away the layers of misconception and misinformation surrounding the practice of witchcraft and getting to the underlying history. For example, one display deals with common misconceptions surrounding the persecution of witches in Britain. One commonly held belief is that witches were tortured. Though this did occur, in Britain it usually took the form of sleep deprivation.

It is no wonder that the museum is extremely popular as a destination for school groups. It is a real eye-opener and helps give historical context to the often sensationalised portrayal of witchcraft and magic in films and television.

I was enormously impressed by the museum; it is a place to browse slowly and learn, and it helps if you start with an open mind! 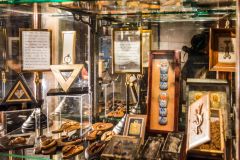 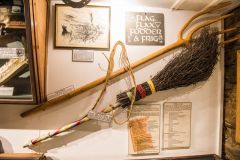 Nearest Accommodation to Museum of Witchcraft and Magic:

More self catering near Museum of Witchcraft and Magic

More Hotels near Museum of Witchcraft and Magic

More bed and breakfasts near Museum of Witchcraft and Magic