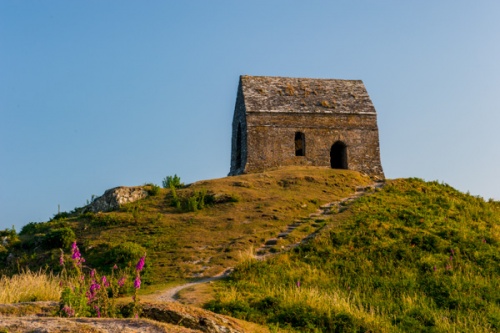 There was a hillfort atop Rame Head in the Iron Age, and the site was granted to Tavistock Abbey in the 10th century (meaning that for centuries Rame Head was technically a part of Devon despite being well on the Cornwall side of the Tamar River!).

Circumstantial evidence suggests that there was a late Celtic hermitage here, but nothing is known for certain about the origins of the chapel until 1397 when the chapel was licensed for Mass in 1397. Presumably, it was built shortly before that time.

Like many hilltop churches, Rame Head Chapel was dedicated to St Michael the Archangel. A license was granted in 1427 for Mass to be said on Mondays and at Michaelmas.

The location on a high cliff made the chapel a perfect location for watching the western approaches to Plymouth Sound, and it seems likely there was resident priest/watchman who slept in a small upper chamber and kept watch along the coast for approaching vessels, lighting a bonfire to act as a warning beacon.

The town of Plymouth paid for a watchman at Rame in 1486, and for a pair of watchmen to warn of the Spanish Armada in 1588. During WWI an anti-submarine gun was erected near the chapel, and during WWII a concrete gun emplacement was built, creating a rather strange juxtaposition with the medieval stone building and plain concrete pad sharing the small hilltop. 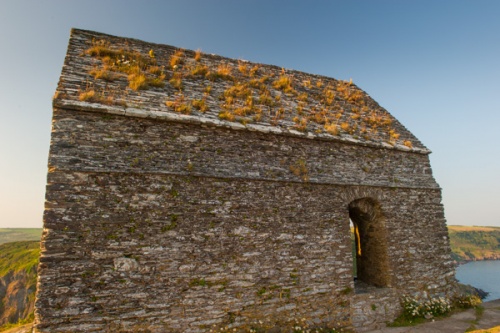 The chapel is an extremely simple single-cell rectangular building, built of slate and granite rubble under a gabled roof. There is a single door on the north (landward) side, single-lancet windows in the north and south walls, a smaller lancet high under the west gable, and a large east window looking along the coast towards Plymouth.

The windows are very deep and splayed, but no tracery remains at all, just the stone window framing. The interior has no discernable decoration save for a small ledge beside the east window, and no floor - just earth and rock underfoot.

The roof is an extremely basic barrel vault. The interior and exterior were likely whitewashed - which would have made it a striking landmark for mariners - but is now plain stone.

It was restored by the IVth Earl of Mount Edgcumbe in 1882 but fell into disuse in the early 20th century and has remained a ruin since then. For many years there was an annual pilgrimage from the parish church of Rame, whose tall spire can be seen peeking above the nearby hills. 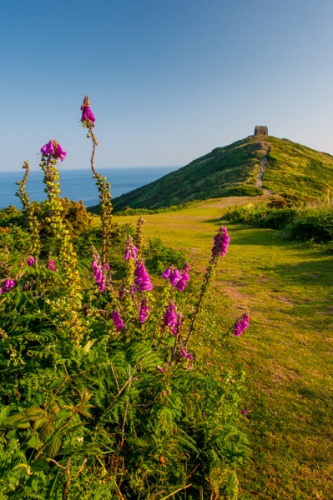 Approaching from the north

The real charm of Rame Head Chapel is the stunning location. On a summer evening, it is idyllic, as it was when we visited, but I would imagine that when the wind blows and the rain lashes in it would a bleak and cheerless place. The views are marvellous; both west along Whitesand Bay and east towards Plymouth.

Rame Head is within the Mount Edgcumbe Country Park and during the Victorian period, the chapel was a popular destination for families on an outing from Plymouth. A tradition evolved that children would push coins between the stones of the chapel walls, and some of the coins can occasionally be found today.

The chapel is directly on the South West Coast Path, but if you're not walking the trail the only way to reach it is to drive to the Rame Head coastal lookout station, up a narrow lane from Rame village.

There is a small parking area beside the lookout station, and from there you pass through a kissing-gate onto the open fields of the headland. The chapel is easily visible in the distance; just follow the well-trodden path down the slope of the hill to a coastal signpost, then down the quite obvious trail that dips down, crosses the ditch and rampart of the Iron Age fort then climbs t the top of the headland.

From the car parking area, it is no more than 10 minutes walk, but there is some rough ground, so solid footwear is a good idea, especially if the ground is wet. It is not the slightest bit dangerous, but do take care! The chapel is an open site, accessible at any time.

Do take the time to visit the 13th-century parish church of St Germanus, just inland from the chapel parking area. 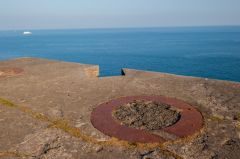