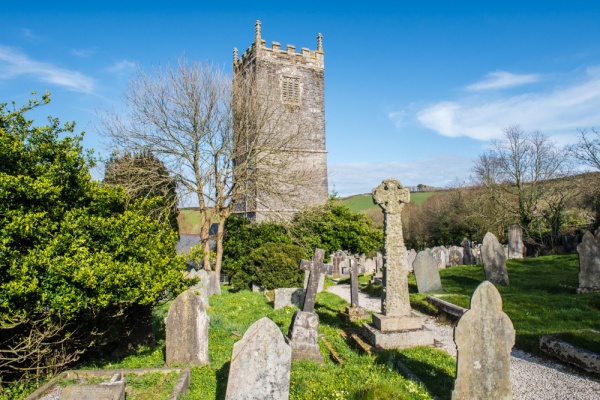 High on a hilltop overlooking the east side of the Fowey estuary stands the medieval church of St Wyllow. Lanteglos is a scattered parish, and the church stands alone beside farm fields on a lonely country lane.

Most of the present church dates to the late 14th century and forms an excellent example of early Perpendicular Gothic style. The church was restored in 1906 by architect Edmund Sedding, a nephew of the famous Victorian architect PJD Sedding.

The south porch is probably 16th century, though the doorway incorporates Norman stonework. One of the door jambs is carved with the letters XP, the first two letters of Christ's name in Greek. The letters are probably pre-Norman, suggesting that there was a much earlier church on the site.

In the south aisle are the old parish stocks, and against the walls are panels from box pews that once lined the nave, carved with coats of arms of prominent local families. 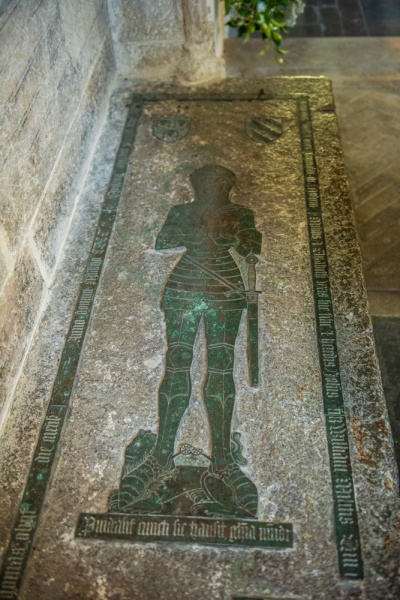 In the west wall of the tower is a 19th century stained glass window by the famous CE Kempe studios. There is more excellent Kempe glass in the east window over the high altar.

The font is Norman, carved from stone quarried at Pentewan, near Mevagissey. It is topped by an ornately carved cover added during the 1906 restoration.

In the vestry is am ancient parish chest secured with three locks. The vicar would have kept one key, and the other two were retained by churchwardens. Over the chest is a painted wooden panel depicting the Ten Commandments.

The altar table dates to 1634 and was the gift of Sir Reginald Mohun of Boconnoc. The Mohuns were the most prominent family in the parish for centuries. The Lady Chapel once served as the Mohun family chapel. Within it are two memorial brasses to members of the Mohun family. The finest is a full-length brass of Thomas de Mohun (d. 1440) showing the knight in full battle array, his feet resting on a lion.

In the east window of the chapel are fragments of medieval glass depicting the Virgin with St Anne, and a scene of the Annunciation. Against the south wall is the tomb of another Thomas Mohun, who died around 1400. The tomb retains traces of wall painting, seemingly depicting the Resurrection. 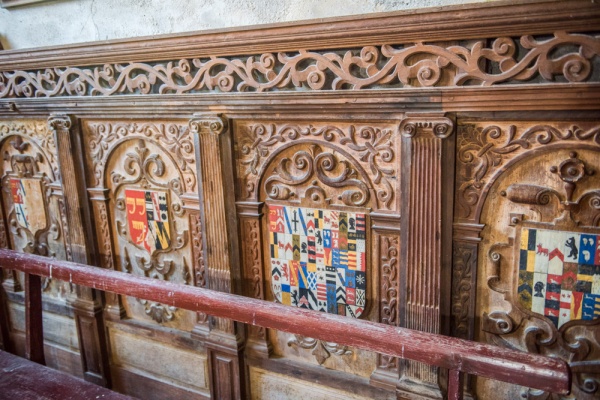 Look for the painted royal coat of arms, given by Charles II in 1668 to thank the parish for remaining loyal to the crown during the Civil War. Recent restoration work has revealed that the arms are painted over an earlier coat of arms to Charles II's father, Charles I.

The nave and aisles are all topped by excellent late medieval wagon roofs with decorative carved bosses.

All these historic features would make St Wyllow's well worth a visit, but the real treasure here is the late medieval bench ends in the nave. The bench ends are carved with heraldic symbols and are among the best in Cornwall. Indeed, according to Edmund Sedings, who carried out the 1906 restoration, no other church in Cornwall retains so much medieval woodwork. Some of the bench ends are carved with extravagant foliage designs, others with heads in profile.

Author Daphne du Maurier was married at Lanteglos-by-Fowey church in 1932 and used it as the model for Lanoc Church in her first novel, 'The Loving Spirit'. 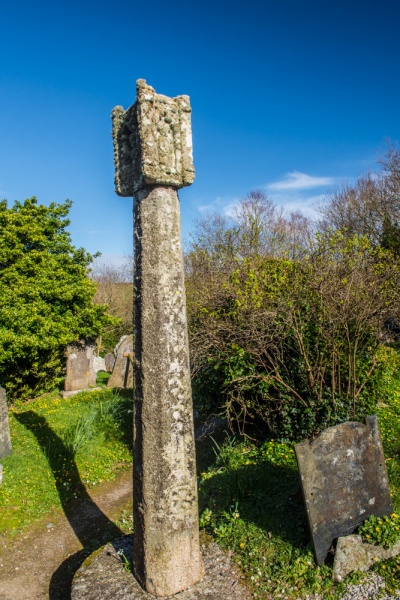 In the churchyard is a beautifully preserved 14th-century cross with a lantern head on an octagonal shaft. The lantern head is elaborately carved with figures set under canopies. On one face is a Crucifixion scene, on either side are figures of saints, probably St Peter and St Paul. The cross stands on a circular millwheel base. It was discovered buried in a trench at the west end of the church in 1838, presumably hidden during the religious turmoil of the Reformation.

Finding St Wyllow's church isn't the easiest; lacking any other information, we used the official postcode with our satnav. That took us up the extremely narrow lane running along the steeply sloping minor road just above the east bank of the River Fowey. There was no church to be found, so we just drove on randomly, hoping for the best. we eventually did find the church, on the exposed hilltop well inland from the river, near Churchtown Farm and not far to the west of the South West Coast Path parking area at Triggabrown.

Do not confuse Lanteglos-by-Fowey with the village of Lanteglos near Camelford, in North Cornwall. 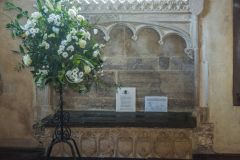 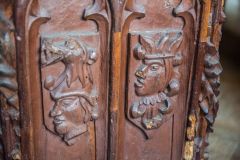 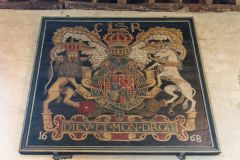 More self catering near Lantglos-by-Fowey

More bed and breakfasts near Lantglos-by-Fowey