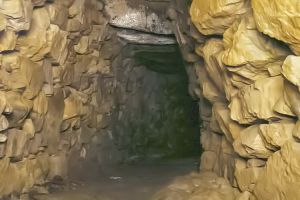 Halliggye Fogou
Halliggye Fogou is an underground chamber believed to date from as early as 500 BC. The chamber was in use until at least the 2nd century AD. The fogou is located within an enclosing earthwork, possibly an Iron Age settlement, or fort, defended by two concentric ramparts of earth.

The term 'fogou' comes from 'ogo', a Cornish word for cave, and is applied to Iron Age underground passages in Cornwall. The Halliggye Fogou is the largest and best-preserved fogou in Cornwall. No one knows for certain what purpose fogous served. Possible uses might include storage, ritual religious observance, and a place of refuge.

There are a dozen surviving fogous in Cornwall, and the example at Halliggye is one of the largest and best-preserved. Fogous are very similar to the souterrain passages found in Ireland and Scotland.

The fogou lies within the ramparts of a small farming community, probably consisting of four or five families. Pottery finds suggest that the earthwork site was occupied for about 700 years.

The Halliggye Fogou was first mentioned in the Domesday Book of 1086 when it was recorded as Heligin, a Cornish word meaning 'place of the willow trees'.

The chambers are built of drystone walls and topped with large capstones. There is a straight chamber stretching 20 metres on a north-south axis. This is joined to a curving passage 28 metres long leading to a small chamber. The passage is high enough to walk upright (for relatively short people) reaching up to two metres high. Excavation in the Victorian period revealed a vase holding ashes, animal bones, and a pottery cup.

Access to the underground passage was inadvertently made easier in the 1980s when a plough accidentally put a hole in the roof of the large chamber. This hole has since been stabilised by English Heritage and made into a visitor entrance. English Heritage carried out several examinations of the site and found pottery from as far away as southern Gaul as well as locally made pottery sherds.

During WWII the fogou was used by the Manaccan Auxiliary Unit to store explosives and ammunition. It is used as a winter hibernation place by horseshoe bats, and the site is closed to visitors during this period to protect the endangered bat species.

Though the fogou is under the care of English Heritage, it is part of the Trelowarren Estate and is managed by the estate. There is free entry to the fogou but there is a charge to explore the Trelowarren Estate. Access to the fogou is limited to the spring and summer months. As of this writing, it is open from May-September, but please check the official English Heritage website for updates. 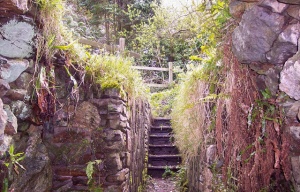 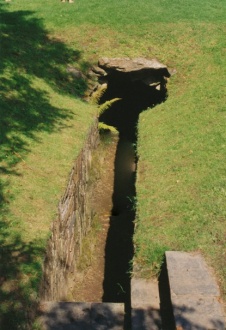