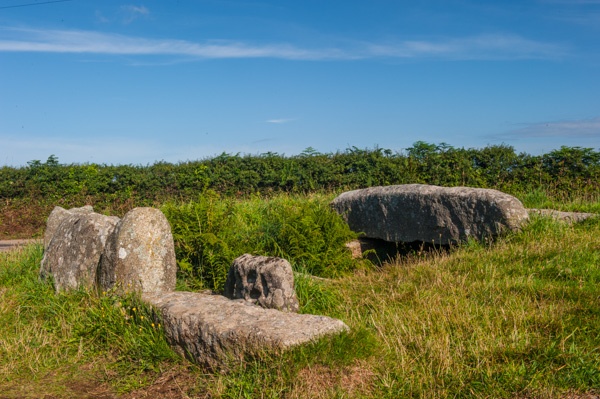 The Tregiffian Burial Chamber is a Neolithic or early Bronze Age chambered tomb. The site features a 15-metre wide mound edged with kerb stones. A burial chamber has been set into the south-west corner of the mound.

A passage lined with stones leads towards the centre of the mound. Cupped stones were found on the site. One of these was taken to Truro museum and replaced with replicas.

It seems likely that the tomb was built in the late Neolithic period and then altered in the early Bronze Age, at which time cremated remains were buried in the floor of the chamber. What we see today is only part of the original monument; the rest was destroyed when the nearby road was built. Even so, there is enough remaining to give a sense of just how impressive the original burial chamber would have looked.

It is an extremely short walk east along the road to the Merry Maidens stone circle, and it seems very likely that both monuments would have formed part of a much larger area of ritual observance.

There are numerous ancient sites in the area; there is a cross at Boskenna, a few hundred metres west, and another near the footpath leading to the Merry Maidens, and The Pipers Standing Stones are few hundred metres to the east. It seems pretty clear that this area was an important place for some form of ceremonial observance in prehistoric times.

Visiting Tregiffian
Though there is a signpost and an English Heritage interpretation panel, the chamber isn't really well signed, and it is easy to zip past it without realising. It is rather bizarre visiting Tregiffian, because it is immediately beside the road, and though it is a minor road, it gets a fair bit of traffic. Cars whizz past, paying no attention to the ancient site that stands a few feet from the roadside. I suggest parking at the layby for the Merry Maidens, then walking along the road to the burial chamber. 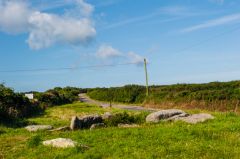 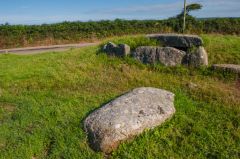 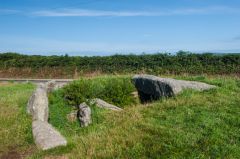