The Victorian age was the age of the railway in York. The "iron horse" came to York in 1839, brought by the then Lord Mayor, George Hudson. Hudson was an entrepreneur with an eye for the main chance. A little too much of an eye, as it proved later. Hudson, dubbed The Railroad King, died disgraced after details of his financial improprieties were exposed.

But York prospered by Hudson's actions; the coming of the railroad allowed the expansion of several local businesses to national importance, notably Rowntrees Cocoa Works, and Terry's Confectionery Works. These companies, along with the railway itself, became the major employers in York. Even today, in many people's minds, York equals chocolates and railways. 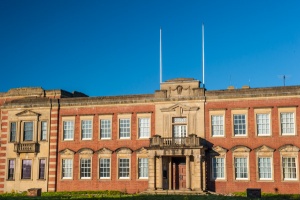 The city became a railway transportation hub for the north, due to its convenient location halfway between London and Edinburgh. Major carriage building and repair yards for the East Coast line sprang up, and workers and their families swelled the city's population.

The railway boom made York much more a bustling, industrial city than it had been, with the usual drawbacks that such growth brings. The areas of South Bank, Leeman Road, and Holgate are still noticeably products of Victorian railway development. You can explore York's railway heritage at the National Rail Museum, one of the finest railway museums in the world.


More pleasurable than these sights is the opulent bulk of the Royal Station Hotel, built in 1877 beside the train station to accommodate railroad travellers in style. The hotel is now the Royal York, but it still exudes Victorian luxury.

Pass of the Cattle