York during the English Civil War

Tudor Background
As a major religious centre, York suffered greatly during Henry VIII's English Reformation, but to Henry's credit, he re-established the Council of the North as an advisory body under his illegitimate son, the Duke of Richmond. The Council met at the King's Manor on Exhibition Square, now part of the University of York.

The Council acted as a regional court and administrative body. The Council of the North was gradually given more power in the reigns of Elizabeth I and James I. 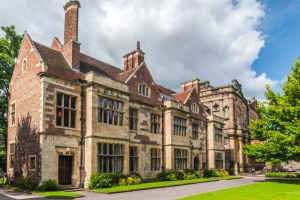 Civil War
Parliament abolished the Council in 1641, but Charles I made York his capital for a time. He set up his court at the Abbot's House, which was renamed King's Manor, and established a Royal Mint nearby.

The outbreak of the Civil War brought Parliamentary forces north, and York was besieged in April 1644, by an army under the command of Sir Thomas Fairfax.

King Charles' cousin and military commander Prince Rupert sped to the relief of York. He arrived at the head of an army estimated at 15,000 troops and forced the Parliamentary forces to break off the siege and retreat. They turned on him at Marston Moor and inflicted a crushing defeat on the royalists. The siege was renewed and on 15 June 1644, York surrendered to the Parliamentary army.

Many important buildings in the city were destroyed, but Fairfax, who was a native of Yorkshire, exerted his influence to spare damage to the city's churches, including York Minster.

Back: Medieval York
Next: Georgian York