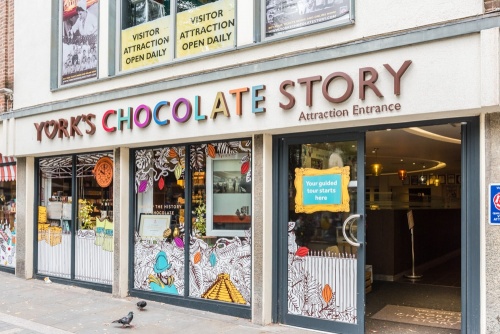 The city of York will forever be associated with chocolate. Some of the world's best-known and most beloved brands of chocolate were born here in York, such as Terry's, Craven's, and Rowntrees. You can explore the deliciously rich history of York's chocolatey past at the York Chocolate Story on King's Square.

The Chocolate Story looks at the history of chocolate making in York and lets you watch expert chocolatiers at work. The attraction's tagline says it all - 'Discover how Chocolate made History'.

Other northern English cities built their wealth from cotton, wool, and steel, but York's prosperity was built on chocolate. You can trace the locations behind this chocolate heritage by following VisitYork's Chocolate Trail, linking chocolate shops, chocolate-themed cafes, and historical sites. 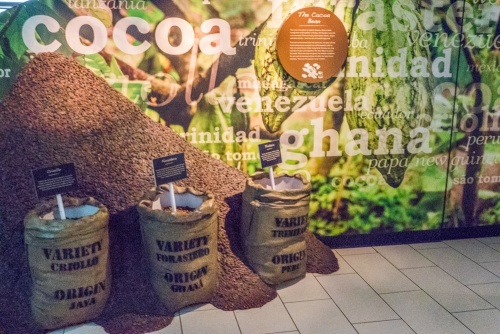 The Chocolate Story follows the history of chocolate from the rainforests of Central America, where the properties of the cocoa bean were first discovered. Learn how the beans were transformed into the world's most popular sweet treat and discover the story behind York's iconic chocolate brands.

You learn so much about chocolate, but you also learn about the people behind some of York's famous chocolate brands. a special display examines the role played by women in the chocolate story. 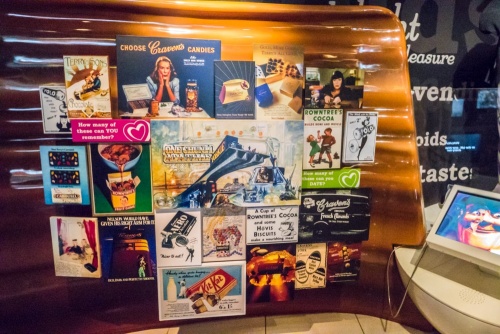 In 1725 an unmarried woman named Mary Tuke opened a shop near Walmgate Bar specialising in exotic items such as sugar, tea, cocoa, and coffee. The shop flourished and quickly expanded, but Mary's success made her unpopular with the established (and very patriarchal) business leaders of York.

The Merchant Adventurer's Guild rose up against Mary and tried to force her out of business, threatening her with fines and imprisonment. It took eight years of legal battles but Mary Tuke won her case. She had to pay a one-time fee of £10 to the Guild but her right to trade was established.

Her successful business passed down through several generations until it was purchased in1862 by Henry Isaac Rowntree. Yes, that's right, Mary Tuke's little coffee and cocoa shop ultimately grew to become the Rowntree chocolate empire. Mary became known as the 'Mother of York's Chocolate Industry'. 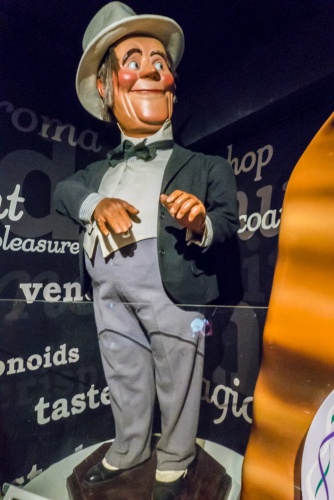 Another successful woman in the chocolate industry was Mary Ann Craven (1829-1902) who inherited not one but two successful confectionery businesses. She merged the two businesses and built up Craven's to become the largest boiled sweet distributor in the world.

Notwithstanding those two highly successful females, for most women working in the chocolate industry meant considerably lower wages than their male counterparts, and married women were not offered full-time contracts. Most women worked at piping chocolates, box making, and typing.

One highlight is 'Mr York', a fully animatronic figure created in 1929 for an advertising campaign by Rowntrees. Mr York played on Yorkshire stereotypes and was meant to be polite, chivalrous, and plain-speaking. Mr York was famous for the advertising slogan:

I'm Plain Mr York of York, Yorks
Renown for my chocolate talks.
Right warmly I greet you,
And hope you'll continue
To buy my goods made at York, Yorks. 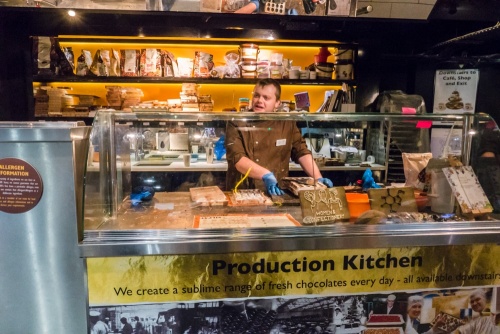 York's Chocolate Story is on the west side of King's Square, a stone's throw from The Shambles and a short stroll from York Minster in the historic heart of the city. There is no on-site parking. There are several city centre pair parking areas, or you can use the city's park and ride scheme. The Chocolate Story is extremely easy to reach on foot from major attractions around the city centre.

Note that you can pre-book visits, though it isn't essential. We just showed on the day and had no problem.