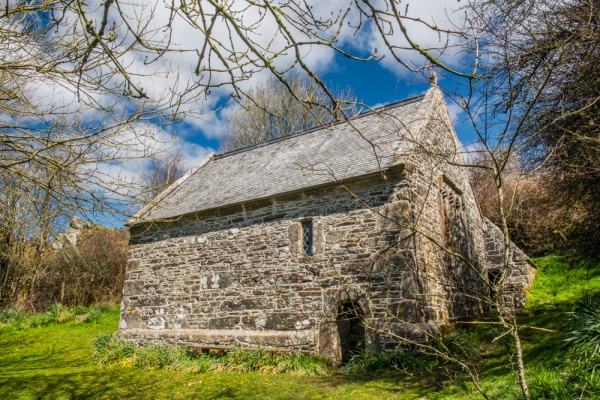 Clether (also known as Clederus or Cleder) was a son of King Brychan Brycheiniog, ruler of what was later Brecknockshire, in south Wales. After his father's death, Clether ruled an area of northern Dyfed, based around Nevern. He married, and had around 20 sons. When Clether was an old man the missionary St Brynach arrived at his court. Clether was swayed by his message and decided to abdicate his crown and retire to live out his days as a hermit.

The rest of his family followed his example, and his sons became Brynach's followers. A memorial to one of his sons named Maelgwn can still be seen inside Nevern church.

Clether's brother St Nechtan, or Nectan, went to the West Country, to what is now Cornwall, and Clether followed him, settling in the valley of the River Inny, at what is now St Clether. Other children of King Brychan settled in Cornwall, including saints Minver, Mabyn, Winnow, Duloe, Issey, Morwenna, and Keyne. Their names live on in the names of churches or parishes surrounding St Clether village. 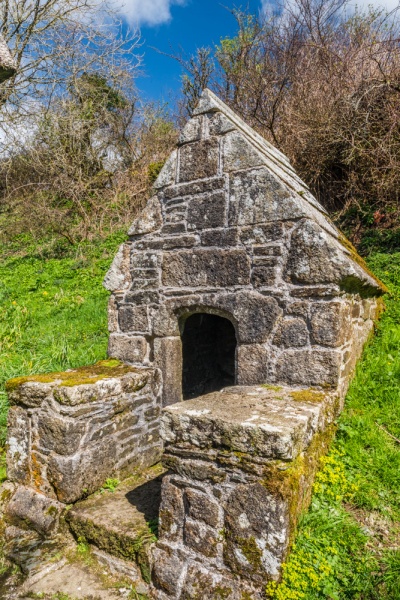 He built a hermitage for himself beside a spring and set up an altar made of granite. It is thought that he also established a holy well at Probus.

Clether died in the mid-6th century and was buried in his hermitage. The well water became famous for its miraculous healing qualities, supposedly infused with the saintly spirit of St Clether's body when it was laid to rest by the altar.

We do not know when the first stone chapel was built beside the holy well, but it must have been at a very early date. The chapel served as the parish church until the 12th century, when a much larger church, dedicated to St Clederus, was built a half-mile to the east. That church was itself rebuilt in the Victorian period but retains several Norman features.

As for the chapel we see today, it appears to be 15th century, though the building undoubtedly has much earlier underpinnings. Perhaps it would be more accurate to say that the chapel is of very ancient origins, with Celtic foundations, and was rebuilt in the 15th century. Analysis of the wall masonry suggests that the structure we see today was built around 1450. 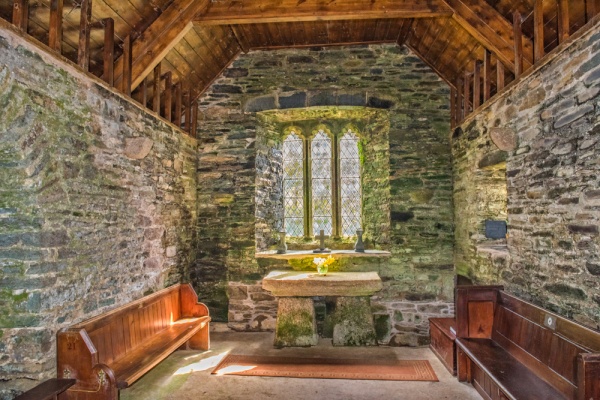 The chapel was completely rebuilt again in the 19th century by Reverend Sabine Baring-Gould, novelist, antiquarian, and composer of the popular hymn Onward Christian Soldiers. Reverend Baring-Gould was a man of many talents and interests and became one of the most influential archaeologists in Victorian England.

He found the chapel in decrepit condition, little more than a heap of stones overgrown with brambles. He cleared the site and organised the rebuilding of the chapel in 1895, following the original layout precisely and re-opening the original granite drains linking the well to the chapel altar area. The chapel was rededicated in 1900 and it is the largest holy well chapel in Cornwall.

It is a simple rectangular building of dressed granite, built into the slope of a bank. There are doors in the west and north walls, with a large east window over the altar and a small window in the south wall.

Outside the north-east corner of the chapel is the holy well itself, protected by a small stone wellhead. On either side of the stone-lined rectangular well pool are low stone benches. Water flows up from the spring and fills the well sump, then flows through an underground channel directly beneath the east end of the chapel. 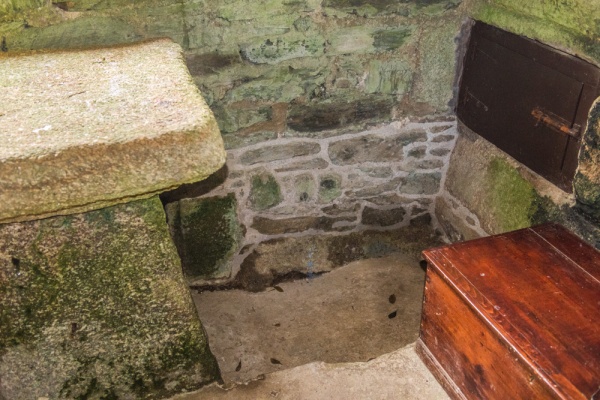 The recess where St Clether's bones were stored

The water runs underneath the granite altar and re-emerges in a lower well housing built into the south wall of the chapel. From the lower well it runs downhill to join the River Inny in the valley bottom.

To the left of the altar is a small recess where you can see the water running through a channel towards the altar. On the other side of the altar is another recess, thought to be where the relics of St Clether were kept, placed so that the well water flowed over them, thus gaining supernatural powers.

The water flows through this recess and collects in the lower well, accessed through a small wooden door in the south chapel wall. Under the door is a stone shelf where offerings would have been placed for collection by a priest inside the chapel.

As for the altar itself, it is a huge monolith of granite, thought to date to the 4th century, which would suggest that it predates the arrival of St Clether in Cornwall. You can see five incised consecration crosses carved into the altar surface. 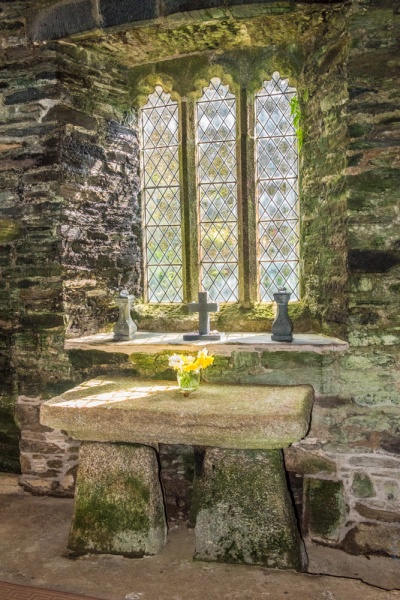 The interior of the chapel is plain, with few furnishings or decoration. The sense of age is palpable; it is the sort of place you want to move quietly and with reverence. Against one wall is a plaque that was installed at Easter, 1913, asking visitors to give three pence for maintenance of the site. It reads:

St Clether Chapel
Visitors to this historic
Chapel asre requested to
kindly sign their names in
the Visitors' Book and also
to place 3d each in the Box
for the upkeep of this
Chapel and its precincts.

The holy well and chapel are privately owned, but the site is open to public access at any time. Occasional services are held at the chapel, and its location on a footpath makes it a popular stopping place for walkers. The location is idyllic, in a green valley with rocky outcroppings above, reached by a lovely walk from the nearby church.

The chapel and holy well are reached by taking the signposted trail from the churchyard. There is a small parking area just outside the churchyard gates. The route goes through several gates, crosses open fields with wonderful views over the Inny Valley, and reaches the chapel after roughly 1/3 mile. The going is fairly easy, though you will want good footwear, especially if the weather has been rainy. 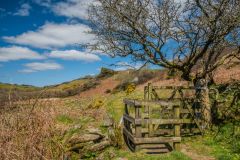 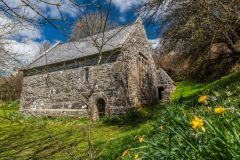 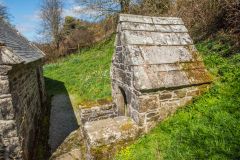 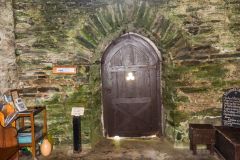 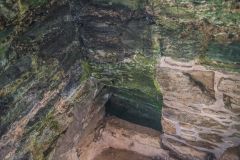