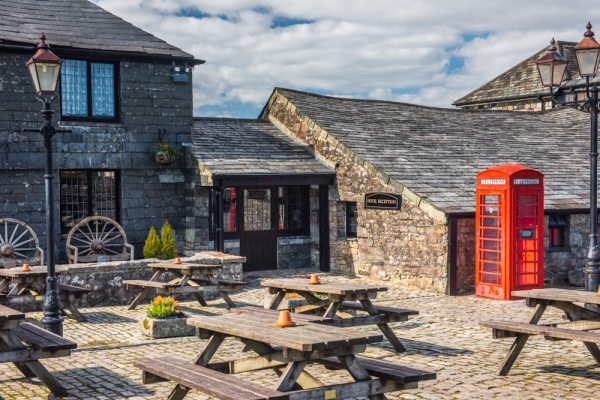 High atop Bodmin Moor stands Jamaica Inn, built in 1750 as a coaching inn on the old turnpike road over the Moor between Launceston and Bodmin. Travellers would break their journey over the Moor at the inn, named for the locally prominent Trelawney family, two of whom served as Governor of Jamaica during the 18th century.

During the 18th century, as much as half the illicit brandy smuggled into Britain was landed in Devon and Cornwall. The inn's isolated location made it a perfect stopping place for smugglers carrying their contraband goods from a landing place on the coast.

The history of those days when Cornish smugglers haunted the inn made a big impression on novelist Daphne du Maurier. The author's connection with Jamaica Inn began in 1930 when she became lost in dense fog while riding on the moors with a friend. They dismounted and turned their horses loose in the hope that they would head for shelter. Thankfully their horses were able to lead the lost pair to the inn, where they were able to find shelter.

While du Maurier was recovering at the inn, the innkeeper entertained her with tales of smugglers as well as a few choice ghost stories. The experience prompted du Maurier to write the novel Jamaica Inn, which tells the story of an orphan named Mary who is sent to live with her aunt and uncle, the landlord of Jamaica Inn. The uncle is connected to a smuggling ring based at the inn.

The novel was Du Maurier's first big literary success, and she went on to become one of Britain's best-loved writers, authoring such classics as Frenchman's Creek and My Cousin Rachel. In 1939 her Jamaica Inn novel was brought to the screen in a film by Alfred Hitchcock. The story was revived in 1984 in a television film starring Jane Seymour and again in a BBC drama series in 2014. 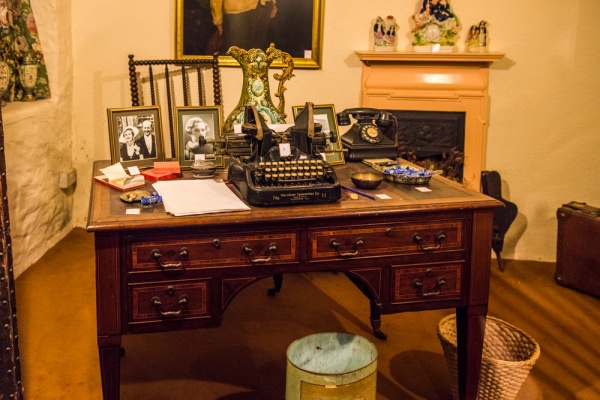 When Daphne du Maurier died in 1989 the inn where her literary career was launched decided to honour her career and her connection to Cornwall. They built a special room, full of personal items and Du Maurier memorabilia. Over time the collection of mementoes grew, aided by donations from the Du Maurier estate.

The highlight of the Room is the author's writing desk, on which you can see a packet of Du Maurier cigarettes, named after her father, the actor Sir Gerald du Maurier. There are family photos and personal items, including a suitcase and fan, brought from the author's home at Kilmarth. There are also several copies of her books, signed by du Maurier.

The Daphne du Maurier Room forms part of the Smuggler's Museum, housed within a wing of the famous inn, and boasting perhaps the best collection of historic smuggling exhibits in Britain. The museum helps bring to life the connection between Jamaica Inn and smuggling in Cornwall. As the sign outside the door says, the museum explores 'classical examples in the arts of concealment and evasion'.

The real growth in smuggling took place during the 18th century, when taxes were increased to help finance wars in Europe. This made foreign goods like tea, tobacco, brandy, and silk prohibitively expensive. It also made smuggling those items into Britain very, very profitable. Smuggling took place all over Britain, but an enormous amount of smuggled goods came ashore in Devon and Cornwall, notably at Boscastle, Tintagel, and Trebarwith on the north coast and Polperro to the south. 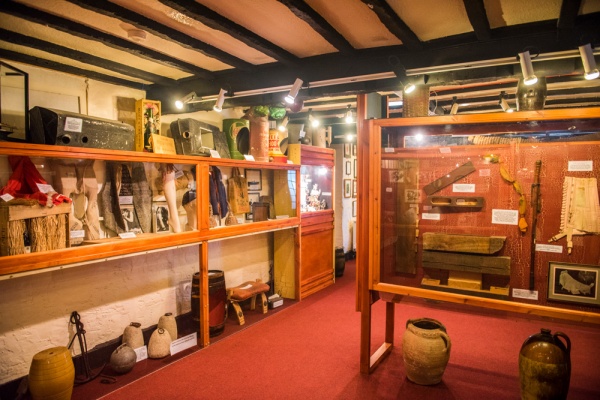 Smuggling became a very common occupation in Cornwall, aided by the fact that there were few law enforcement officers and even if smugglers were caught they were likely to be treated with leniency by judges who were probably good customers for the smuggled goods. Many of these smugglers stopped and Jamaica Inn while transporting their goods further inland for dispersal to customers.

The museum exhibits are incredibly fascinating, from a 1798 'wanted' poster to porcelain figurines of smugglers. One of the most interesting items that caught our eye is a smuggler's 'scuffler', an iron tool used to make prints of a horseshoe in the sand, pointing the wrong direction to fool pursuers.

The collection of items used to conceal smuggled goods is amazing. One example is a ladies corset with a hidden pouch for carrying jewels through customs. Another is a copy of the 'AA Members Handbook' with the inner pages cut out to make a hidden chamber.

Perhaps the most sinister exhibit is a smuggler's skull found at Abbey Burnfoot. The skull was discovered in hidden cellars beneath an old house, surrounded by iron chains. Clearly the victim was chained up and left to die in the cellars. 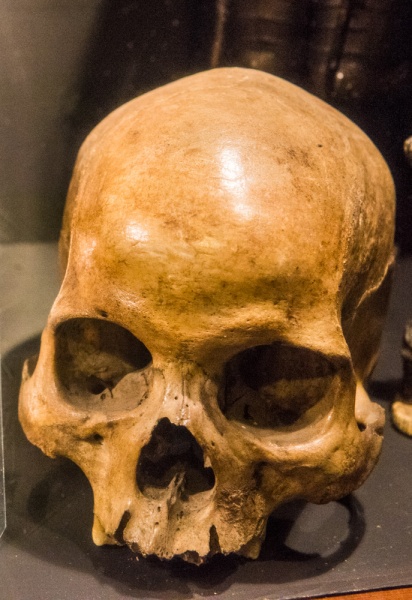 The smuggler's skull from Abbey Burnfoot

Finding Jamaica Inn is absurdly easy. The Inn is very well signposted in both directions off the A30 between Launceston and Bodmin, at one of the highest places on the Moor. The museum is open daily throughout the year, and must have the longest opening hours of any museum we've ever visited!

Though the official museum entrance is on one side of the inn's entrance courtyard, we actually had to go in through the main entrance and ask at the bar about admission. There is a small entrance fee, and when we paid that the receptionist led us through to a small cinema room to watch a short film on Daphne du Maurier and the Inn. When the film was over we simply exited the cinema by a door on the far side which led us directly into the museum.

The smuggling museum was incredibly interesting. The exhibits traced the history of smuggling from the (occasionally) romantic story of the 18th-century smugglers on the Cornish coast to modern 'drug mules' trying to smuggle illicit drugs through international airports. The lengths taken by smugglers to hide their contraband goods was quite incredible, and the displays showed some of the most amazingly clever devices for hiding smuggled goods in a wide variety of ways. 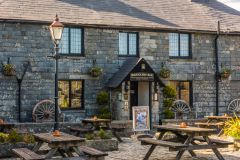 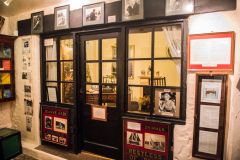 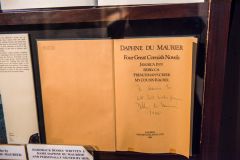 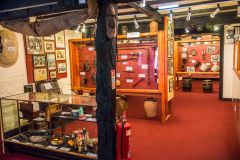 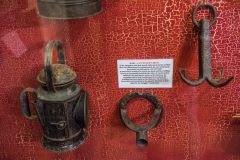 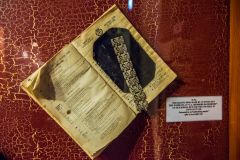 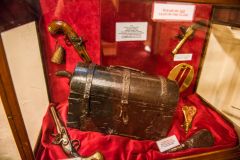 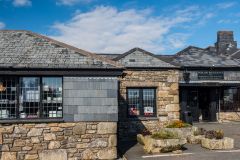