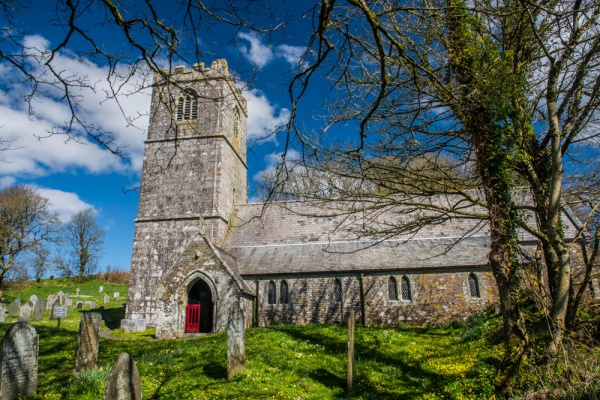 Sometime in the 5th century St Clederus established a hermitage next to a spring in the Inny Valley. Clederus was thought to be one of 24 children of King Broccan of Breconshire. Clederus, or Clether as he became known, erected a granite altar. Clederus died in his hermitage and was buried there, possibly on 23 October, AD 483. A large chapel was later built by his holy well.

The chapel served as the parish church until the 12th century, when a new, much larger church was built on the valley slope about half a mile to the east.

That early medieval building was augmented with a west tower in the 15th century, and the entire church, except the tower, was rebuilt in 1865. The tower rises in three stages to a battlemented parapet, and at the base is a blocked doorway under a moulded granite arch. There is a lovely Perpendicular west window and three-light belfry openings with slate louvers pierce the tower walls. 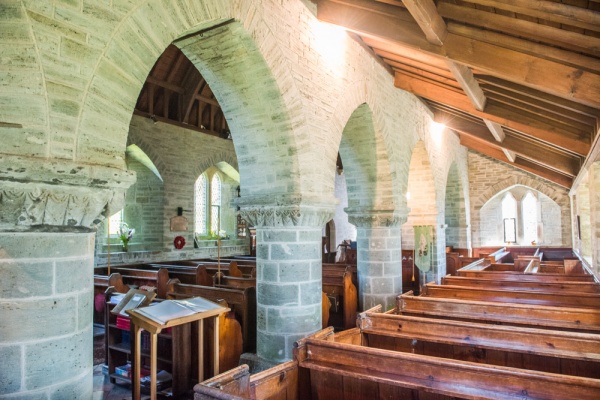 The church layout is composed of a nave and chancel, a south aisle 5 bays long, a south porch, vestry, and west tower. Three Norman columns with carved capitals from the earlier 12th-century church are re-used in the south aisle arcade.

You enter the church through the late 19th century south porch. Incorporated into the porch is a moulded arch with stiff-leaf capitals, possibly re-used from the Norman church.

The most interesting historic feature inside the church is a simple Norman font with a round bowl and a rounded central shaft carved with rope band decoration.

The remainder of the church furnishings are 19th century, including the pulpit and there are 19th century Commandment boards at the east end. One interesting feature is a painted board with ring-changes for bell-ringers.

From the churchyard, a signposted trail leads across beautiful countryside to the holy well and chapel. I highly recommend making the walk, for the chapel and holy well are together one of the most beautifully situated historic sites in Cornwall.

There are 5 Cornish crosses scattered around the parish; three of these can be reached by public rights of way and the remaining 2 can be seen from nearby footpaths or the road. 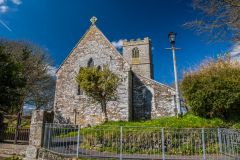 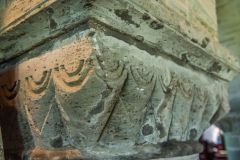 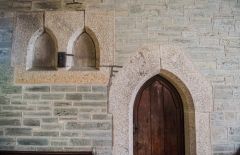 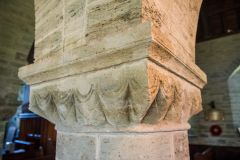