HERITAGE HIGHLIGHTS:   The smallest Methodist place of worship in the world 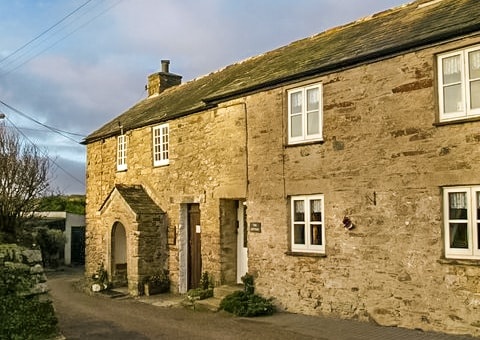 In 1743 religious reformer John Wesley made his first visit to Cornwall. Two of his companions on that trip were John Nelson, and John Downes, who acted as advance agents for Wesley, arranging places to stay and places to preach.

Nelson and Downes had just one horse between them and so took turns riding and walking. The pair came one day, hungry and tired, to the hamlet of Trewint, near Altarnun, on the edge of Bodmin Moor.

There they asked for food from Elizabeth Isbell, the wife of stonemason Digory Isbell. She was amazed to see the pair praying 'without a book' and was so struck by their piety that she told her husband.

Two weeks later Nelson found himself in the same hamlet after he had become lost on the moor and drenched to the skin by rain. The Isbell's gave him shelter and dressed him in Digory's Sunday best clothes. The next morning Nelson preached before a crowd of locals estimated at 300.

John Wesley came to Trewint in April 1744. He stayed with the Isbells and in the morning Digory Isbell guided him over the moor.

Wesley visited again the following year. On that occasion, Digory Isbell was inspired by a Bible passage about a Shunamite woman who built a Prophet’s Chamber for a man of God. He took the verse literally, as a command from God that he should build Wesley and his fellow preachers a chapel attached to his house.

He acted immediately and erected an extension consisting of two rooms; a ground floor area for preaching and an upper chamber for sleeping. To call the extension to the Isbell cottage small would be an understatement; the ground floor area is thought to be the smallest Methodist place of worship in the world.

The extension was not specifically reserved for John Wesley; it was made available to Wesley and his fellow Methodist preachers whenever they were passing through the area.

Wesley is known to have visited on several occasions, including June 1744 when he witnessed the baptism of the Isbell's third child. His final visit to Trewint came in 1762.

The Isbells are buried at St Nonna's Church in nearby Altarnun, with the gravestone recording that 'They were the first who entertained the Methodists in the county'.

Over time Trewint developed a strong base of Methodist followers, but that very success meant that the tiny chapel was much too small. Other, more convenient chapels were built, and as a result the cottage chapel gradually became a ruin, open to the elements. It was purchased by local Methodists in 1940 and restored. It was opened as a museum by Thomas Isbell, a direct descendent of Digory and Elizabeth Isbell.

An annual sermon is preached from the porch on 24 May each year, marking the anniversary of John Wesley's conversion in 1738.

The Wesley Room, where John Wesley slept and prayed, boasts a collection of 18th-century items and artefacts linked to John Wesley's life and early Methodism. Tours led by the museum curator are usually available and traditional Methodist services are on offered by prior arrangement.

The cottage itself was built in the early 18th century of stone rubble under a slate roof. It was originally just two rooms, an unheated living chamber to the right and a hall kitchen to the left. The cottage is listed Grade II for its historic interest.

Don't (as we did) mistake Wesley Cottage in Trewint with the 1795 Old Methodist Chapel in Altarnun itself. The Old Chapel is notable for a bust of John Wesley above the doorway. The bust was sculpted by the well-known artist Nevil Burnard, who was born in the adjoining cottage.

Wesley Cottage and Museum is on Wesley Way in Trewint, immediately off the A30 and less than a mile from Altarnun. Trewint is 9 miles west of Launceston and 11 miles west of Bodmin.

Wesley Cottage is open regular hours from May through October and can be opened by arrangement at other times. Please check the official website for exact times and dates.

More self catering near Wesley Cottage