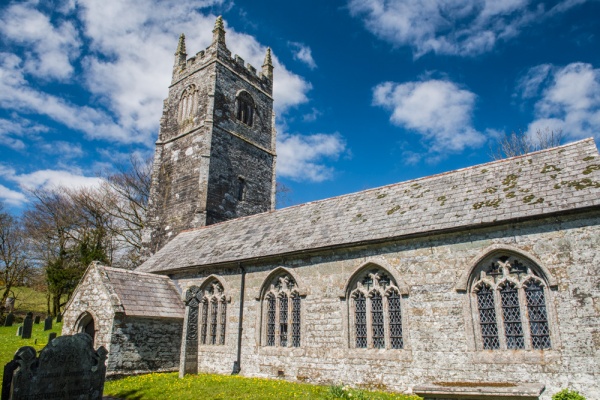 The medieval church of St Sidwell and st Gulval stands in a wooded valley west of Launceston, in the valley of the River Inney. The church was established as a chapel of ease for the Augustinian priory at Launceston.

The name of the village tells us that there was an early Christian monastery, or 'lan' founded here and dedicated to St Just. There are no obvious remains of an early church, but we know that a Norman church stood here, built on a cruciform plan. The pinnacled west tower was completed in 1436, along with the south porch and south aisle. Before that year the residents of Laneast were forced to bury their dead at St Stephen's by Launceston, eight miles away.

The dual dedication is something of a mystery. When the church was rededicated in 1436 by Bishop Lacy the parishioners were instructed to keep the feast of St Sativola (Sidwell), an 11th-century saint from Exeter. But where does Gulval come in? It is probably the result of a clerical error, confusing Laneast with the parish of Lanestly, near Penzance, which was also known as Gulval. 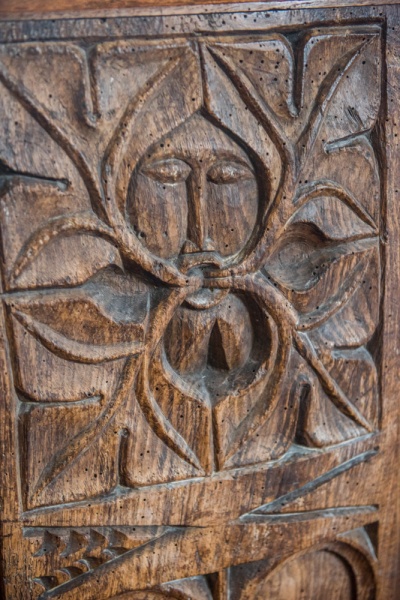 Historic highlights include the original medieval font, in the Altarnun style, with large heads at each corner of the large, square granite bowl and oversized flowers between.

Several fragments of medieval glass have survived, including a likeness of St Etheldreda of Ely, recognisable by her crown and bishop's staff. Another fragment depicts St Christopher and the Christ child, and there is also a Crucifixion scene.

There are several interesting historic memorials, including that of John Couch Adams, the astronomer credited with discovering the planet Neptune. Adams was born in the parish at Lidcott, and you can learn more about his life and career in the Lawrence House Museum in Launceston.

The wagon roof is original 15th-century work. Look for the finely carved roof boss of a crowned female head in the chancel. he head is thought to represent St Sidwell, patron saint of Laneast. Over the prior's arms is a 'W' with a line through it, possibly in honour of William Hopkyn, Prior from 1491-1507.

Perhaps the most impressive feature is 38 late medieval carved bench ends and a reading desk of the same period. Look for the carvings of a rose and a cockerel, the symbol of Launceston Priory.

The pulpit is 16th century. Religious reformer John Wesley must have enjoyed preaching from it, for he did so on six different occasions. Another famous name to preach from the pulpit was Rev. Sabine Baring Gould, famous as an antiquarian and as the author of the hymn 'Onwards Christian Soldiers'. 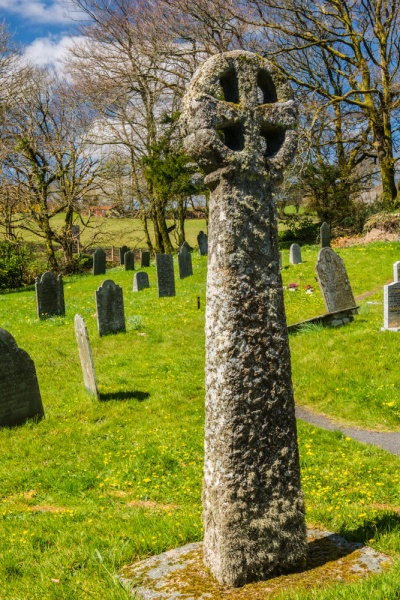 Near the south door is a wooden pillar alms box in the style common throughout the Tudor period. In the porch is an old set of parish stocks for punishing miscreants.

In the churchyard is a beautifully restored Celtic cross. It isn't clear how old the cross is; the official English Heritage description simply calls it 'pre-Conquest', which would make it at least early 11th century. The cross head is in a 'pattee' pattern, with slightly splayed arms of equal length. The cross stands 3 metres high and is roughly carved, on a tapering shaft. The lowest section of the shaft is a later replacement.

The church is usually open daylight hours and was open when we visited. Parking is an issue; the road is quite narrow through the village, with no obvious place to park near the church. I managed to just about wedge my small car into a wide spot on the road within a short walk of the church. 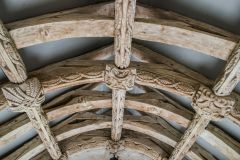 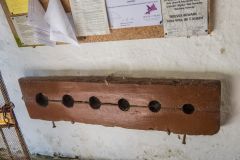 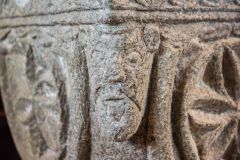