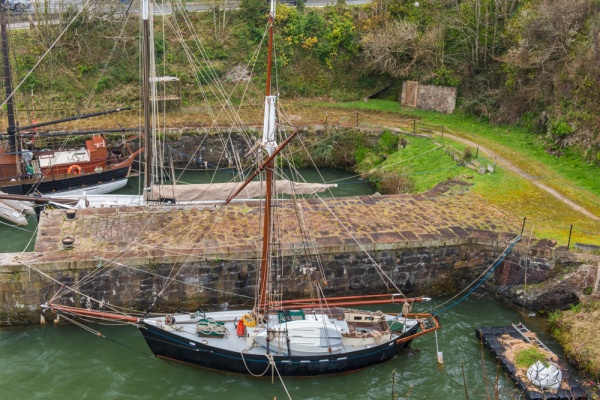 Just outside the market town of St Austell is Charlestown, a beautifully preserved Georgian port. The port was begun in 1791 by Charles Rashleigh, an entrepreneur who wanted to take advantage of a booming mining industry in south Cornwall. The new port was named for Rashleigh, using his first name to create 'Charles' + 'town'.

Before Rashleigh's venture, there was a very small fishing village here called West Polmear, with a total population of just nine residents. A small fleet of fishing boats used the beach as a harbour, drawing their boats up onto the sand.

Over a decade Rashleigh created a new port, intending it to export copper from nearby mines and to import coal. After the local coal mining industry fell upon hard times the port was used to transport china clay.

The first part of Rashleigh's ambitious project was to build a pier for the fishing boats, followed by a long basin, cut from solid bedrock, so larger sailing ships could safely moor and unload cargo. 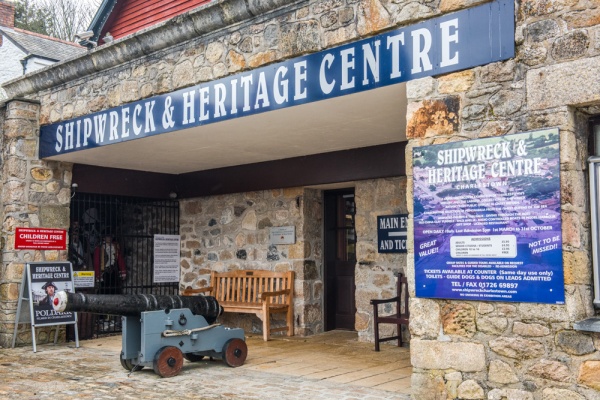 Roads to and from the port were widened and paved to allow transport wagons to reach the harbour. Rashleigh also laid out the village around the harbour.

When Charlestown was finished in 1801 it was considered the model of a Georgian 'new town'. The growth of the china clay industry assured its growth, and merchants soon set up workshops near the harbour. There were sheds for curing pilchard, burning lime, making rope and bricks, as well as shipbuilding works.

New houses sprang up like mushrooms near the attractive harbour, ranging from elegant Georgian town houses to humble fisherman's cottages. 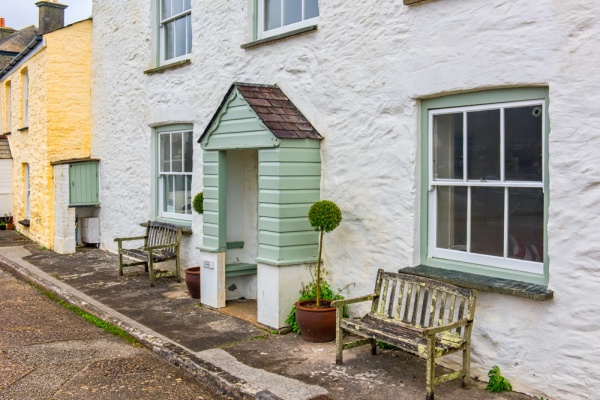 Old fishermen's cottages near the harbour

Unfortunately for the entrepreneurial Rashleigh, his superintendent of works, Joseph Dingle, began embezzling money at an alarming rate. Dingle was caught, but both he and Rashleigh were bankrupted as a result. Rashleigh's creditors took over the entire estate, including the port of Charlestown, after his death.

They continued to operate the harbour and their success can be measured by the fact that in 1911 the census recorded a population of 3184 residents, up from the 9 hardy souls who lived here before Charlestown was begun.

The harbour has been listed Grade II for its historic interest. Charlestown's delightfully unspoiled appearance has made it a very popular destination for historic television and film work. Jane Austen's Mansfield Park was filmed here, as was the Hornblower television series and the very popular Poldark series. Dr Who has filmed here, and Tim Burton's Alice in Wonderland used Charlestown as one of its settings. 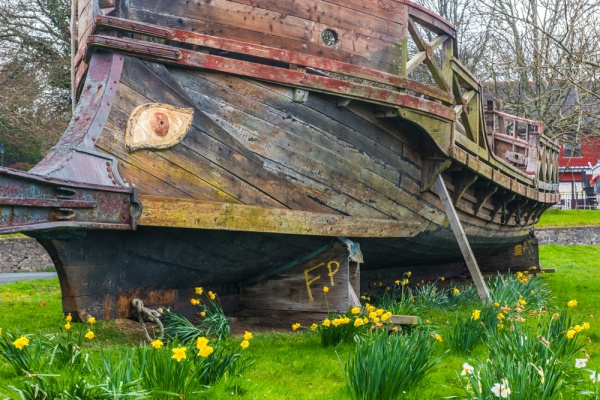 An old boat on the green above the harbour

You can usually see several old square-rigger ships in the harbour. The ships are used in film projects around the world but have a permanent home here. You can trace the history of shipping on the treacherous Cornwall coast with a visit to the Shipwreck, Rescue and Heritage Centre. The Shipwreck Centre, as it is commonly known, is housed in a former china clay building, and has exhibits on Charlestown's maritime past and the history of shipwrecks and salvage in Cornwall.

Though Charlestown has the feel of a film set it is still a working port, and astonishingly, china clay is still exported from the purpose-built harbour.

A short walk from the harbour is the 1827 Methodist Chapel, listed Grade II* but, as of this writing, standing derelict. The chapel predates the parish church of St Paul, built in 1851. The interior highlight of the church is a set of five 19th century stained glass windows commemorating local families.

Charlestown is very well signposted off the A390 outside St Austell and is very easy to reach. There is paid parking near the harbour, but we just parked on the side of the road leading into the village and walked down to the harbour to explore. 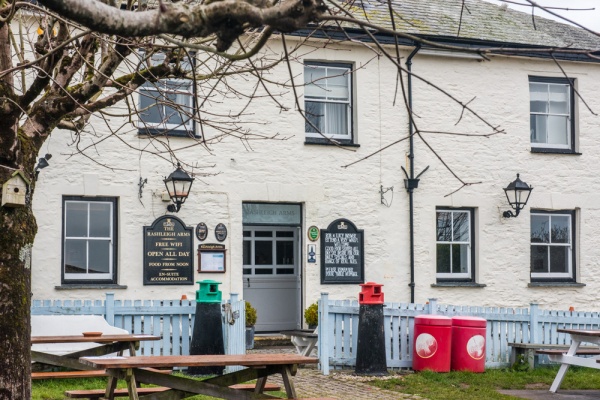 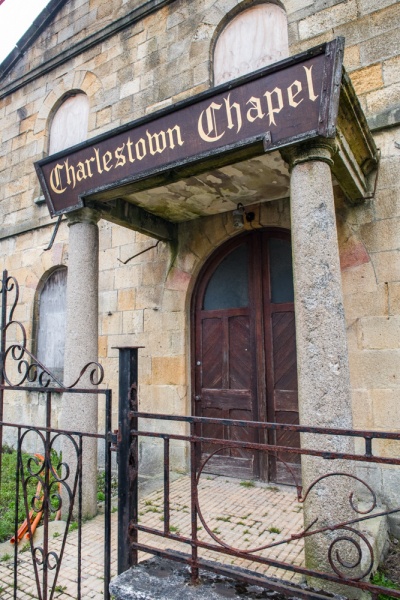 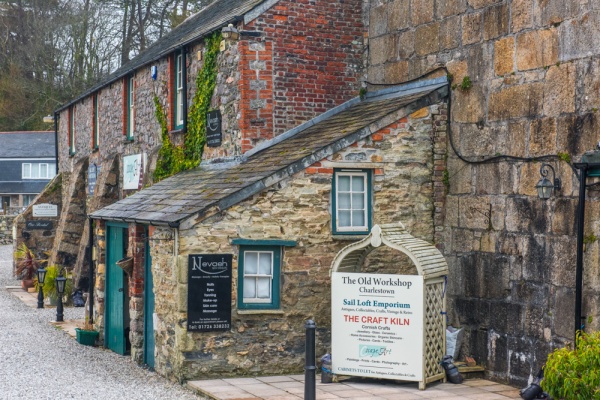 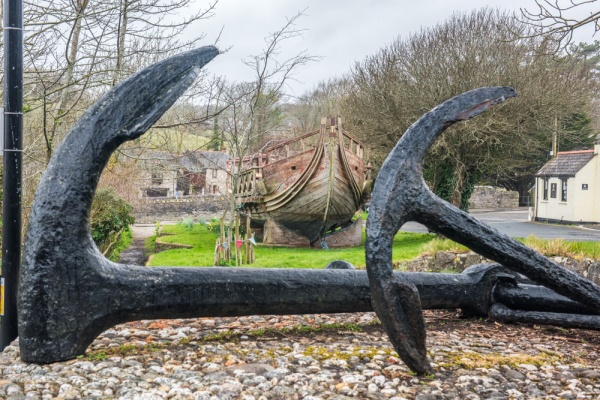 The view from the Shipwreck Centre

More self catering near Charlestown

More bed and breakfasts near Charlestown

Self Catering near Charlestown