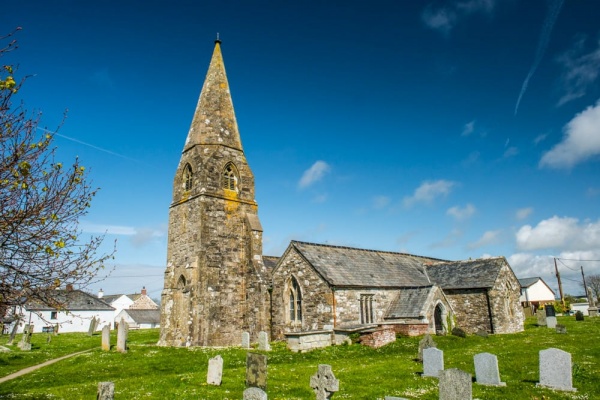 Cubert is a small village just west of Newquay, named for St Cubert, a 7th-century Welsh missionary and companion of St Carantoc. A holy well associated with the saint gave its name to nearby Holywell village.

The 13th-century parish church stands on the site of an earlier Norman church, which, in turn, replaced a pre-Conquest timber building. The west tower was added around 1300, and the entire church was restored by GE Street from 1846.

Street is responsible for the striking spire, with a 'drop-shoulder' design more reminiscent of Sussex, or, indeed, France.

There is a nave and south aisle of roughly equal length, with the wagon roofs so common to Cornish churches, and a pair of matching transepts.

The church is full of memorials to the local Hosken family, including Rev Charles Hosken who served as vicar for 45 years and was responsible for the Victorian restoration. The Hosken family were lords of the manor and lived at Ellenglaze, on the road to Holywell.

Ellenglaze was built from the remains of a medieval priory founded for monks from Bodmin, and the cellars of Ellenglaze are built upon the remains of the priory chapel. All the stained glass windows are also memorials to members of the Hosken family. 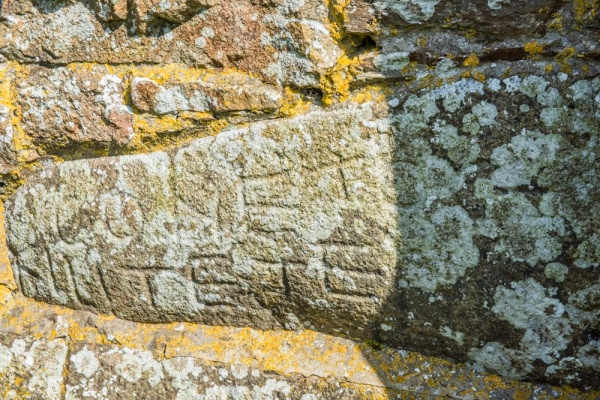 On the wall is a royal coat of arms to George IV.

The pulpit is a fascinating structure, built from 15th-century carved bench ends, with carvings depicting the instruments of the Passion. Look for carvings of the crown of thorns, spear, and scourge.

In the north transept is the font, carved in the late Norman period with traditional Norman dogtooth patterns.

The font may be the oldest object in the church but it shares the spotlight with one of the newest objects, a superb organ made by 'Father' Willia, the famous Victorian organ maker. Many Willis organs grace British cathedrals, so to find one in a small country church is rare.

This organ was commissioned by Viscount Clifton for the music room at his family home of Lanhydrock, near Bodmin. From there it was moved to the tiny parish church beside Lanhydrock House, but it took up so much space there that they were happy to sell it to St Cubert's Church.

In the south transept, which now acts as the vestry, is a very large tomb recess beneath the window. The recess stretches eight feet wide. The excellent church guide suggests that this niche was made to hold the relics of St Cubert himself. Rumours suggested that after Cubert died his bones were carried back to Cornwall.

In the 15th century, the relics of St Cubert were carried to a chapel that stood where the roads to Newquay, St Newlyn East, and St Cubert meet. The relics of St Piran, St Carantoc, and St Lewlyna were also carried to the chapel in procession on certain Sundays of the year.

Embedded in the external west wall of the tower is a fascinating carved stone, variously dated to the 6th or 8th century. The stone is inscribed with the Latin 'CONECTOCI FILI TEJERNO MALI', or 'Cenet[o]cus, son of Tege[r]nomalus'.

Against the church wall is an ancient Cornish cross that originally stood in Ellenglaze Lane. The cross-head was mounted on a shaft brought here from elsewhere.

The church is open daily and is well worth a visit. The architecture is sublime and it is full of historical interest. 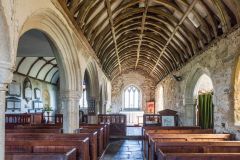 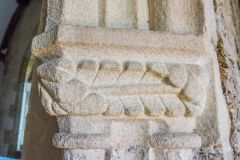 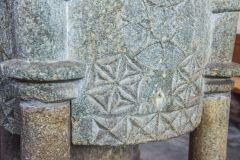 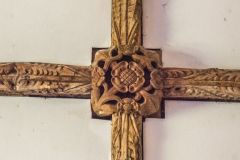 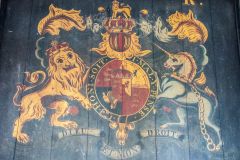 Self Catering near Cubert