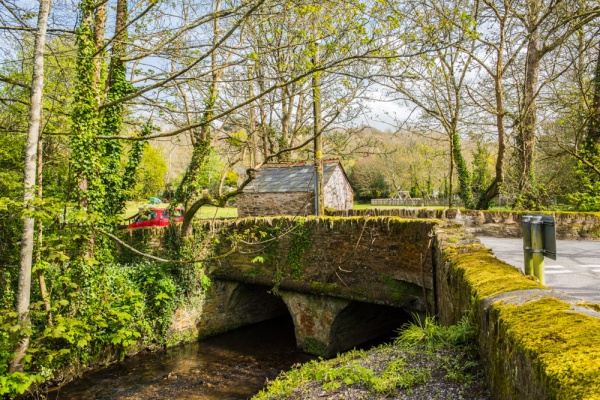 A bridge across the River Menalhyl in St Mawgan in Pydar

The pretty village of St Mawgan in Pydar lies in the Vale of Lanherne a few miles north of Newquay. The slow-moving River Menalhyl runs quietly through the village. For over 500 years the lords of the manor were the Arundell family.

Mawgan, or Maganus, is thought to have been a 6th-century Welsh abbot. He accompanied St Breoc and St Cadoc on missionary journeys into Cornwall and Brittany. Maganus (or Mauganus) is the Latinised form of Mawgan.

The parish church of St Mawgan dates to the 13th century and is dedicated to St Maganus and St Nicholas. The church boasts a 14th-century tower rather oddly built in the south transept. The church was endowed by the wealthy Arundell family of Lanherne.

The interior boasts some beautifully carved 15th-century bench ends, a Tudor pulpit, and a late medieval screen, but the real treasure is a set of 15th-century memorial brasses to members of the Arundell family.

Outside the church is a 15th-century lantern cross. One side of the lantern head is carved with a Crucifixion scene and the other with a depiction of The Annunciation. Also in the churchyard is a memorial in the shape of a rowing boat, commemorating a tragic incident in 1843 when ten sailors froze to death in their boat. 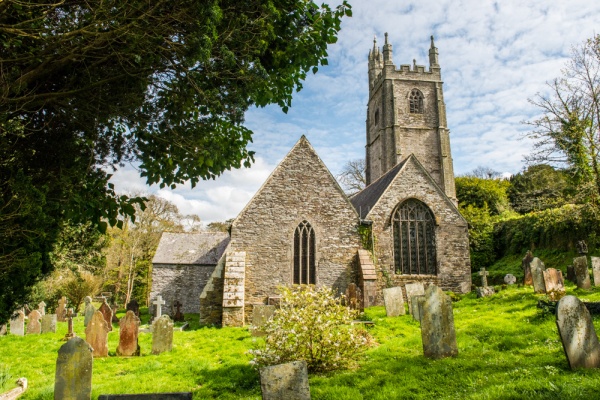 The parish church of St Maganus and St Nicholas

A quiet Cornish village is not the place you would think to look for an Oriental garden, but just a short stroll from the centre of the village is the Japanese Garden, begun in 1991 beside a garden centre shop. Within the Japanese Garden are a koi pond, a Zen garden for contemplation, a bamboo grove, and a bonsai nursery. The garden covers almost two acres and is well worth a visit if only to marvel at the wide variety of Oriental plants that thrive in the micro-climate of the sheltered Vale of Lanherne. 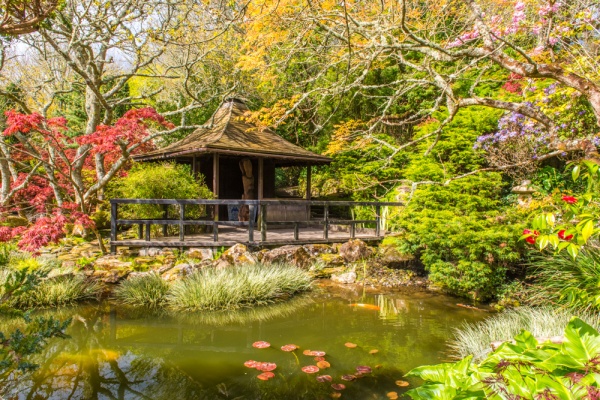 The village pub is The Falcon, a traditional country inn with darkened oak beams and a roaring fire in winter. The inn dates to at least 1758, though there were certainly older inns and breweries in the village. At that time it was known as The Gardener's Arms. During the mid-Victorian period, the landlord was Samuel Gilbert, famous as a wrestler. Mr Gilbert used the inn to stage wrestling matches. Around 1880 he changed the pub name to The Falcon, based on the coat of arms of the lords of the manor.

The Arundell family lived at Lanherne House, but when the house fell into decay in 1794 they gave it to Carmelite nuns who had fled to Cornwall from Belgium during the French Revolution. The Carmelite order still uses Lanherne today. In the grounds of the nunnery stands a richly carved Cornish cross brought here from Roseworthy. It has been called the most beautiful decorated cross in Cornwall. Another small cross stands at Mawgan Cross.

Just outside the village is RAF St Mawgan. The airfield was opened for civilian flights in 1933 but was requisitioned by the military at the outbreak of WWII. From 2008 one runway has been used by the Cornwall County Council as Newquay Civil Airport. The airfield also serves as the home of Cornwall's Air Ambulance service.

Just a few miles away from St Mawgan are the Bedruthan Steps, a spectacular series of rock stacks owned by the National Trust.

Do not confuse St Mawgan in Pydar with the village of Mawgan in Meneage, also in Cornwall! 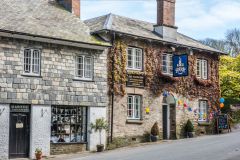 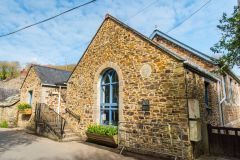 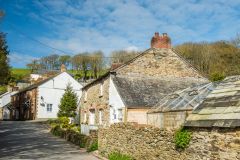 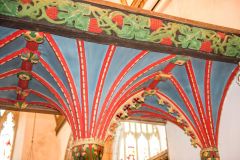 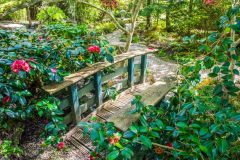 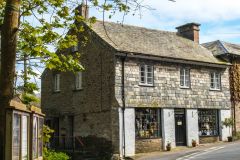 More self catering near St Mawgan in Pydar

More bed and breakfasts near St Mawgan in Pydar