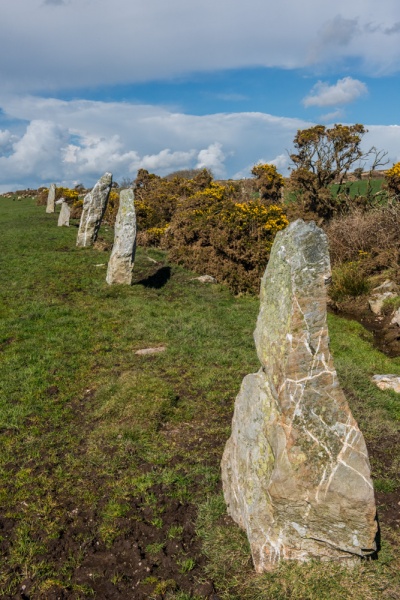 In a field near St Columb Major stands Cornwall's largest stone row, a string of nine standing stones ranging from 80cm to over 2.1m in height (roughly 2ft to 6.9ft). The stones appear to have been aligned on The Fiddler, a solitary stone about 800 metres to the north. The row stretches 108 metres (roughly 354 feet). The northernmost stone has fallen and been broken.

The name comes from a local story that nine maidens were turned to stone for the sin of dancing on the Sabbath. The Fiddler Stone to the north is said to be the musician who played for them. A similar tale is told of the Merry Maidens stone circle near Land's End, which also has a pair of standing stones said to have been pipers. Stories like these were used by the Christian Church to turn people away from traditional celebrations based on ancient pagan customs.

The original Cornish name was Naw-voz, or Naw-whoors, which translates loosely as 'The nine sisters'.

The stone row was first recorded in 1605 by the historian Richard Carew, who described the stone row as 'nine long and great stones called The Sisters.' 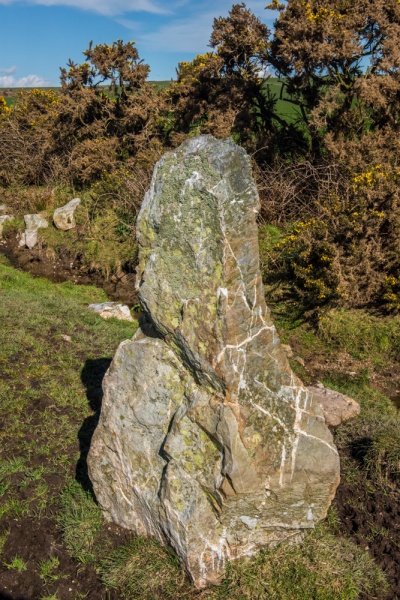 We are on shaky ground trying to answer that question, but it seems most likely that stone rows formed some part of a processional route for ritual observance. It has also been suggested that there were territorial boundaries, but that seems much less likely. They may also have been used for astronomical purposes, and performed the role of an agricultural calendar. 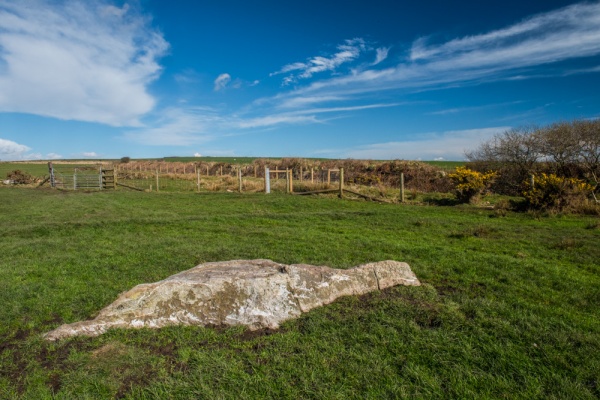 How old is the stone row?

The Nine Maidens inspired composer George Lloyd, who wrote part of an opera about one of the stones maidens who comes back to life as a fairy. 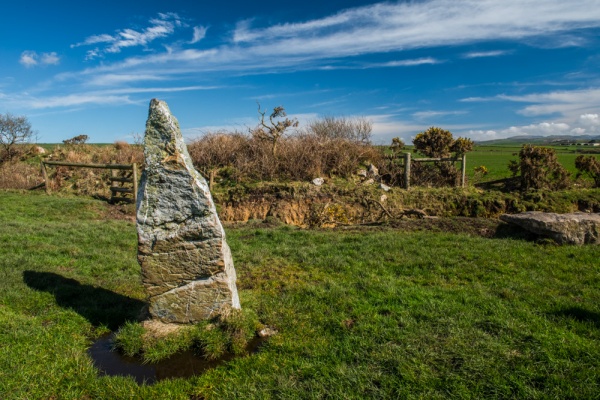 One of the northernmost stones

Visiting the Nine Stones is not the easiest thing I've ever done! The stone row is not signposted at all. It lies in a field just east of the A39 about 1 mile north of the Winnard's Perch roundabout, where the road meets the B3274. There is a layby at SW935677 on the east side of the road (heading south) but no place to stop on the west side of the road.

We had to go further north and find a minor road to turn around in, then head south again until we found the layby. Head south along the verge - while cars whizz past you - and you will come to a small gate in the hedge.

A lane leads east from the gate and you can see the stone row at the far end of the field, against the hedgerow. Our OS map shows a footpath leading directly from the Nine Maidens to the A39, but that's utter nonsense; there was no footpath that we could find, and we looked, hoping to avoid what was obviously a very wet and waterlogged field. No luck, and we had to just hop from one imaginary clump of dry grass to the next, hoping vainly to avoid getting soaking wet feet. We failed.

Now having said all that, the stone row was amazing. Despite traffic noise from the A39, the standing stones had a wonderful atmosphere. It is a shame that there is no information sign to explain the history of the site and its significance, but the stone row itself is fabulous. 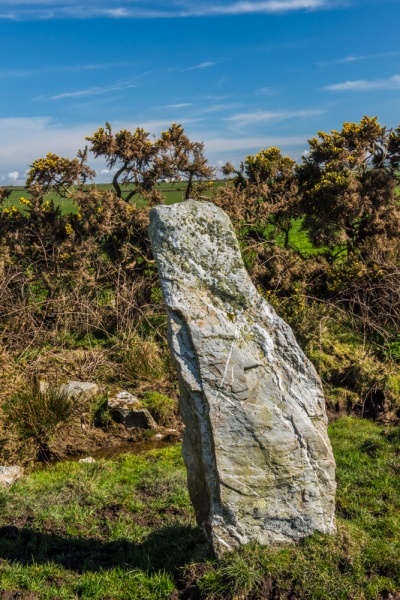 Another of the standing stones 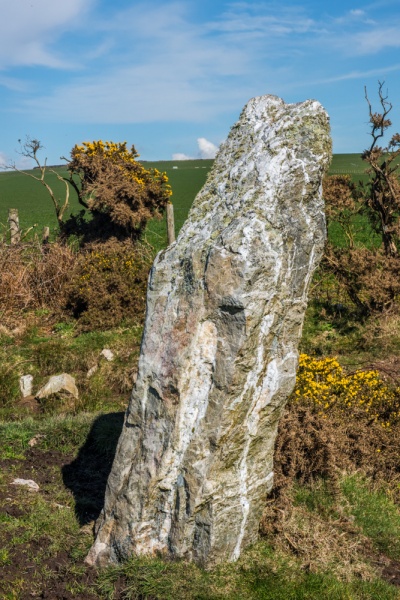 And another standing stone

About Nine Maidens Stone Row
Address: A39, St Columb Major, Cornwall, England
Attraction Type: Prehistoric Site
Location: Just east of the A39, one mile north of the Winnard's Perch roundabout. There is a layby on the east side of the road and a very boggy path through a field to the stone row.
Location map
OS: SW936676
Photo Credit: David Ross and Britain Express