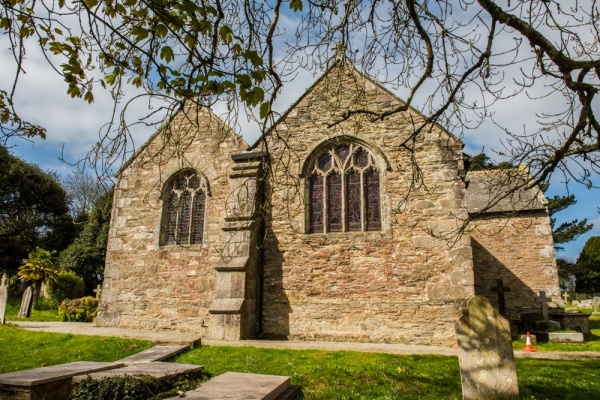 Just outside Perranporth is the pretty village of Perranzabuloe. On the main Newquay to Redruth road (the A3075) stands the early 19th-century church of St Piran. Though the church 'only' dates to 1804, it is actually the third St Piran's Church, but the first on this site.

The fascinating story of the three St Piran's churches reaches back in time to the 5th century, when Piran, an Irish missionary, arrived here in Cornwall. According to legend, Piran made the voyage across the Irish Sea on a millstone, while another version of the tale says that the millstone was tied around his neck.

Piran landed on the beach at what is now Penhale Sands, just outside Perranporth. There he built a chapel, or oratory. Over time the shifting sands of Penhale meant that the oratory had to be abandoned in favour of a small stone church protected by a small stream from the dunes.

Unfortunately, mining activity dried up the stream and the sand moved in on the medieval church, now known as St Piran's Old Church. In 1804 the Old Church was abandoned in favour of a third church almost 2 miles further inland, well away from the blowing sand. 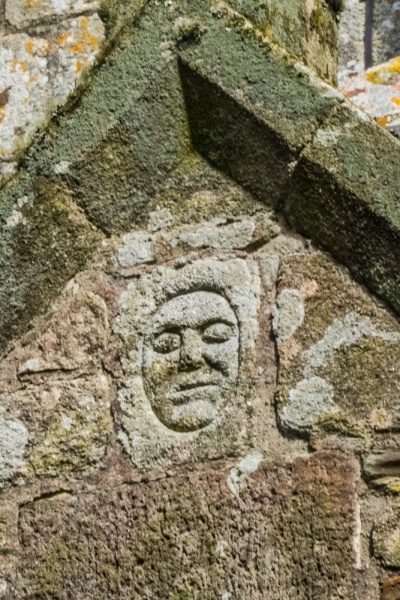 The peculiar carved face over the porch entrance

Among the historical highlights is a 15th-century granite font bowl, standing upon four Norman pillars brought from the Old Church on the dunes. The font is carved with figures of the Virgin and Child, plus three apostles.

On the north wall is a plaque commemorating those who gave money to build the new church. Among the names is the Dean of Exeter, a reminder that in 1804 the diocese of Cornwall did not exist and Cornish churches were administered from Devon.

Over the south porch entrance is a stone cross thought to come from the original 5th century St Piran's Oratory. Below the cross is a peculiar carved face. Two stone pillars separating the nave and south aisle come from the Old Church.

On the south wall are two slate memorials brought from the medieval church. One stone commemorates a churchwarden named Perran Hoskyn and his wife. It is thought to be one of the best-preserved and elaborately carved slate memorials in Cornwall. The second tablet commemorates the Cottey family, owners of Reen Manor for over two centuries. 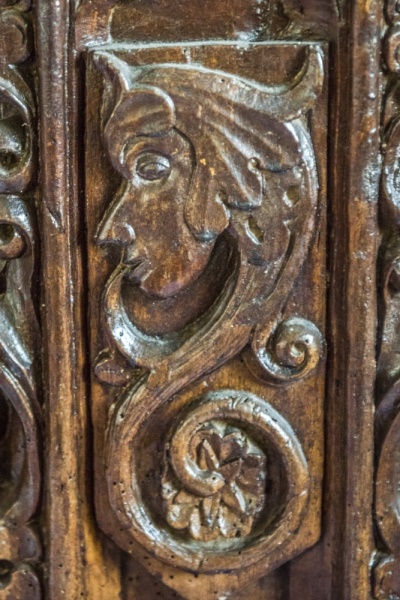 Medieval carving on the tower screen

On the west wall is a 16th-century gravestone found during excavation on the site of St Piran's Old Church in 2005. It commemorates John Resudgeon, or Resugga, and his wife, and dates to 1628.

The churchyard covers almost 5 acres, making it one of the largest in Cornwall. At the furthest end of the churchyard are 19 War Graves, looked after by the War Graves Commission. Stonework from the Old Church is incorporated into the lych-gate.

St Piran's Church is usually open to visitors and was open when we visited. 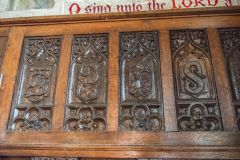 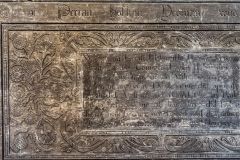 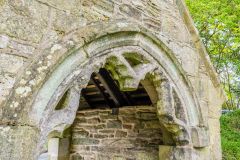 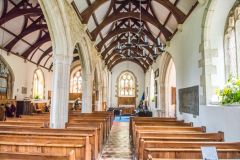