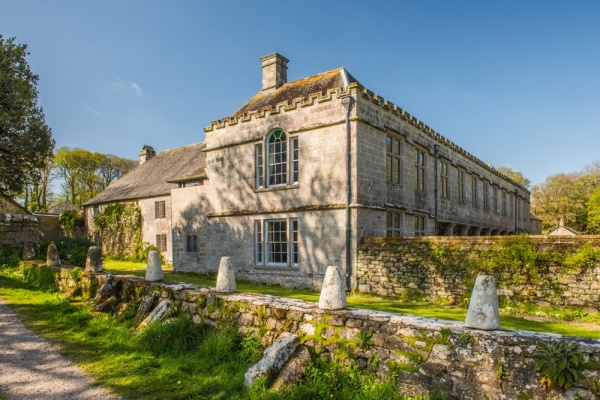 Around 1300 Sir Alexander Godolghan built a castle here, laid out on a 4.5-acre site divided into 9 equal-sized squares. The castle stood on the central square and the other 8 were used as gardens, enclosed by a stone wall.

Some of the earliest tin and copper mining sites in Cornwall lie within the boundaries of the Godolphin estate, which covers some 550 acres and is part of Cornwall's world Heritage Mining Site.

Godolphin House as we see it today dates to the 15th century and was the home of the Godolphin family until the 18th century. The family made a fortune in mining and were one of the most influential families in Cornwall.

From its beginnings as a humble manor house, successive generations of Godolphins enlarged the house until by 1689 it boasted over 100 rooms.

Around 1630 Sir Francis Godolphin had the house redesigned in neoclassical Italianate style, with an elegant north front supported by Tuscan columns and a double-loggia layout more suited to Italy than Cornwall. Sir Francis used local craftsmen unfamiliar with Italian style, for the double-loggia frontage is topped with a battlement that looks distinctly out of place.

It is fascinating to see how the outbreak of the Civil War stopped work on the house so abruptly that graffiti scratched on plasterwork in the 1630s still survives, untouched and unaltered, to the present day.

The Godolphin family were committed to the Royalist cause in the Civil War and sheltered Charles II here in 1646 during his flight to the Scilly Isles. Sir Francis Godolphin accompanied the young king into exile, and spent his fortune doing so. 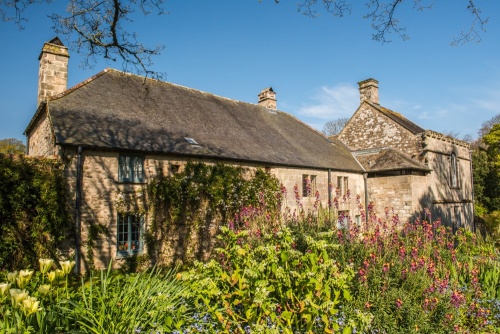 The family fortunes were revived after the Restoration of the Monarchy, and Sidney Godolphin rose to become Lord Treasurer to Queen Anne from 1702. In that post, he was responsible for financing the British efforts in the Wars of the Spanish Succession, led by the Duke of Marlborough, John Churchill. The links between the families were cemented when Sir Sidney's son married Churchill's daughter. Sir Sidney was named the 1st Earl of Godolphin.

Sir Sidney's descendants spent little time in Cornwall, and when the 2nd Earl died in 1766 the estate passed to the Dukes of Leeds. Much of the house was torn down in 1805, and what was left became a simple farmhouse. It was rescued from obscurity in 1929 and eventually passed to the National Trust.

The interior is beautifully furnished with period furniture and wall hangings. Some of the furniture is original to Godolphin House, having been sold off but then bought back by a later owner. The showpiece room in the house is the Dining Room, featuring linenfold panelling and a 16th-century timber roof. On the wall is a 1731 painting by John Wooton depicting the 2nd Earl's stallion, a famous racehorse named Godolphin Arabian.

The King's Room in the west wing features a finely carved doorway created in 1604 for the marriage of Sir William Godolphin. Also in the King's Room is a superbly carved Jacobean chimneypiece and overmantle.

The Elizabethan stables still stand, and parts of the 16th-century formal gardens have been restored to their original design. This is arguably one of the most important formal gardens in Britain, with remains of the original raised walks and carp ponds now undergoing restoration.

Godolphin is a delight to visit. We came on a sunny day in spring when bluebells bloomed in the woods, and found the grounds surprisingly quiet, with only a few other visitors around. In fact, I think the volunteer gardeners outnumbered the visitors by some distance. The result was a wonderful experience exploring the grounds and the King's Room.

The wider estate is well worth exploring for its wealth of historical mine shafts and other industrial heritage remains. 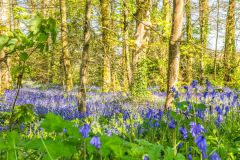 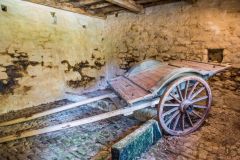 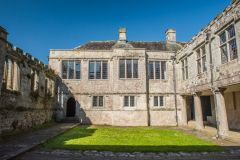 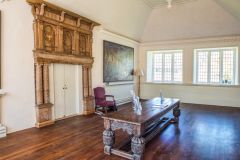 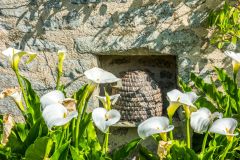 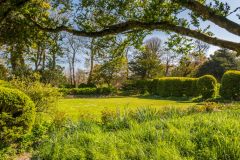 More self catering near Godolphin >>

More bed and breakfasts near Godolphin >>