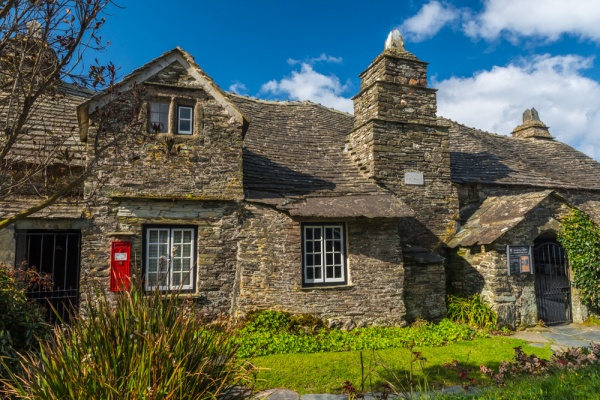 The Cornish village of Tintagel is famed for the romantic ruins of Tintagel Castle, but there is another historic site in the village that deserves attention. The Old Post Office is a traditional 14th-century house built for a yeoman farmer. Its most obvious feature is an undulating roof of slate tiles with a profile that looks rather like waves on the sea.

The Post Office was begun around 1380 as a longhouse, under a thatched roof. The longhouse design was quite simple; the long rectangle of the interior space was divided into three chambers, open to the roof, and joined by a through-passage. 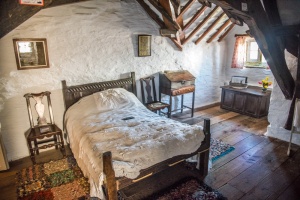 One end was used for animals, while the central section had a hearth for warmth and cooking, with the smoke escaping directly through the thatched roof above. In the 16th century, the thatched roof was replaced by local slate, and a fireplace and chimney inserted in the central chamber. Bedrooms were added in both the north and south ends.

During the 19th century one room of the house was briefly used as a 'letter receiving station'; the fore-runner of a village post office. Inside the house are displays of Victorian-era postal equipment, but most of the interior is given over to a recreation of family life over the centuries, with some pieces of 16th-century furniture, and a collection of hand-made samplers.

There are 5 rooms to view; including the north and south bedrooms, tucked under the huge roof beams. The central Hall is still open to the rafters and gives a taste of what the original building must have looked like. There is a cloam oven, and this is sometimes fired up during baking demonstrations. 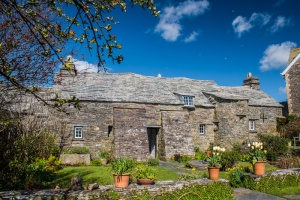 There is a parlour, with a longcase clock, and the Post room, where you can see Victorian postal and telegraph equipment. One unusual feature is a sleeping shelf, over the parlour, reached by a set of narrow steps built into the wall. The sleeping shelf is at the origin of the old saying that an unmarried woman was 'left on the shelf'; that is, she had to stay in the family home and sleep out of the way.

The house is surrounded by a traditional cottage garden, with a changing display of blooms throughout the year, from snowdrops in spring to geraniums in June, and autumn colours later in the year. The garden is a haven of peace and quiet, though it is only a stone's throw from the village High Street.

Our family loved the Old Post Office. It provides a wonderful recreation of family life since the 14th century The parlour is a delight, with smoke-blackened beams and pewter plates set on the wooden table. The bedrooms tucked under the eaves have wobbly floors and nary a straight angle in sight. This is what a timber-framed medieval house ought to be like! 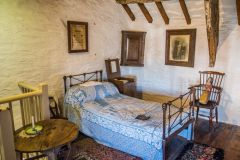 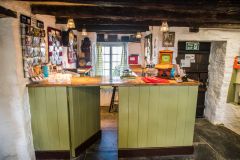 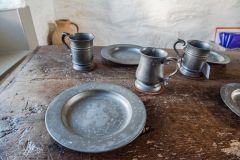