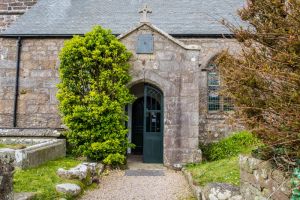 Morvah is a small village set in the idyllic landscape of the Penwith peninsula of western Cornwall. The medieval church of St Bridget dates to the 15th century. It was heavily remodelled in 1828, but stone from the earlier church was reused. A plaque commemorating the rebuilding hangs on the west wall.

The church was originally dedicated to St Morwetha, or Morvah, and erected by the Knights of St John as a daughter church of nearby Madron. The name Morvah means a marsh, and it is thought that St Morwetha may have been a fictional saint.

Near the church is a 19th-century Wesleyan chapel, and a schoolhouse built in 1882 (now converted into a private residence).

In a corner of a field on Tregaminion farm is an ancient well, traditionally said to have healing qualities. For many years a chapel stood near the well, but of this, there is now no trace. The chapel almost certainly predated the church and may have been built in the early 14th century or even earlier.

Just outside Morvah is Chun Castle, not a castle in the traditional sense, but an Iron Age ring-fort with evidence of occupation from 250 BCE. Tin mining and smelting was carried out here. Near the hillfort is Chun Quoit, a Neolithic chambered tomb.

In 1884 workmen were quarrying for building stone at Carne Farm, north of Chun Castle when they unearthed a hoard of gold bracelets dating from the late Bronze Age. The so-called 'Morvah Gold Hoard' consists of 6 bracelets, 3 of them probably made in Ireland and exchanged for Cornish tin. The Hoard is now in the British Museum despite local attempts to have it returned to the area where it was found.

For centuries Morvah was home to an annual fair in early August to mark the start of the harvest. The fair was one of the largest in Cornwall and drew celebrants from miles around, who came to dance and drink. The celebrations proved too much for the parish priest, who led a successful campaign to ban the Fair on the grounds that it encouraged idle and profane amusement. 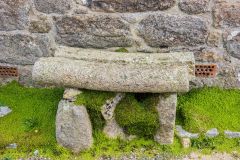 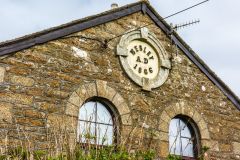 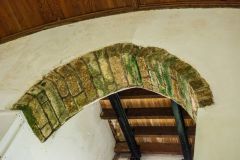 More self catering near Morvah >>

More bed and breakfasts near Morvah >>