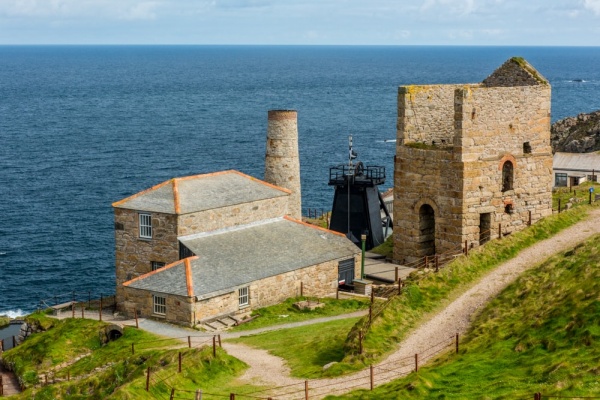 Levant Mine stands in a superb location on the edge of a cliff near St Just, Cornwall. A restored steam engine supplies the power for the historic beam engine which stands at the core of the mine buildings. The famous Levant beam engine is the only example still in steam at a copper or tin mine. It is housed in a small winding engine house on the very edge of the cliffs.

Visitors can take an underground tour of the shafts and 'dry' tunnels under the mine buildings, view the winding and pumping shafts, and see the electric winding engine.

Levant Mine offers a wonderful glimpse into the mining industry which did so much to shape Cornish history. This history has been recognized by the Unesco World Heritage scheme, and Levant Mine forms part of the Cornwall and West Devon Mining World Heritage Site.

A short walk along the cliffs leads you to another historic mine; Botallack Mine, also owned by the National Trust. We've taken the walk, and it took us about 20 minutes, passing through ruined mine workings and along the top of the cliffs with dramatic coast views. 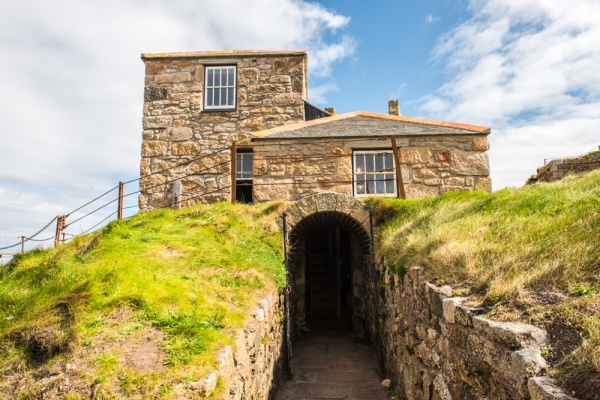 The first Levant Mine was begun around 1743, but the current mine was founded in 1820 by a consortium under the directorship of Lewis Charles Daubuz and Mr John Batten. Levant Mine originally mined copper, but in 1835 a large tin deposit was discovered, and the mine expanded to include both substances. Between 1820 and 1930 the mine was highly successful in both copper and tin production, extracting over 130,000 tons of copper ore during that span.

The mine tunnels extend over a mile out under the Atlantic Ocean, and the deepest shaft is 350 fathoms below the sea. The clifftop ruins cover an area of 30 acres, another indication of the sheer scale of operations here.

The mines closed in 1930, and the beam engine fell silent for over 60 years until it was restored by a team of volunteers dubbed 'the Greasy Gang'.

Levant Mine is particularly well-known for its 'man engine', and ingenious steam-driven system for transporting miners up and down the shaft. The man engine was supported by a long rod, with platforms attached for miners to get on and off at different levels.

Disaster struck in 1919 when the rod broke and collapsed down the shaft, killing 31 men. It was never repaired. The man engine shaft was closed and the miner's bodies never recovered. You can descend a set of steps to the man engine entrance and look down the shaft. 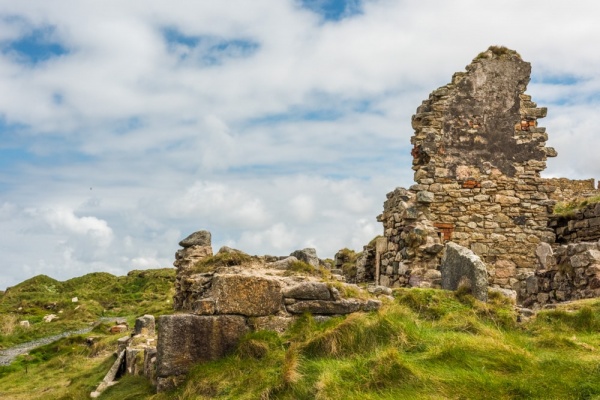 Near the entrance to the shaft are the remains of a miner's bath, set into the concrete surface of the ruined miner's dry. Miners could only work about 6 hours at a time in the depths of the mine shafts, in part because it took so long to reach the working face and return. When they did return, naturally enough they were covered in dust and dirt. They took it in turns to bathe in the open tub, so you can imagine that by the time the last man got in the water was filthy.

Visitors can watch a short film on the history of the site and explore on your own, but I highly recommend taking one of the free tours led by a National Trust volunteer. Our guide was excellent, and really made the history of the mine and the life of the miners come alive. The tour takes in the engine shaft, the Count House, Winding Engine House with its restored beam engine, Pumping Engine House, Count House, Miners Dry, and the area where girls and women worked above ground to break the ore into more manageable pieces.

When we visited our entry fee also gave us a discount on entrance to the Geevor Tin Mine, which borders Levant Mine to the north. We decided to visit Geevor as well and were extremely impressed by the experience. 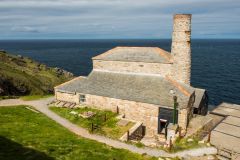 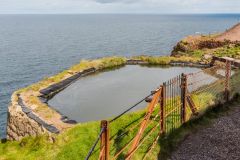 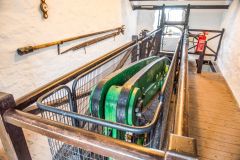 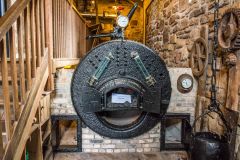 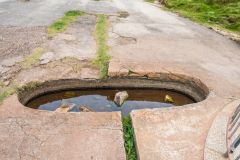 Nearest Accommodation to Levant Mine:

More self catering near Levant Mine >>

More Hotels near Levant Mine >>

More bed and breakfasts near Levant Mine >>