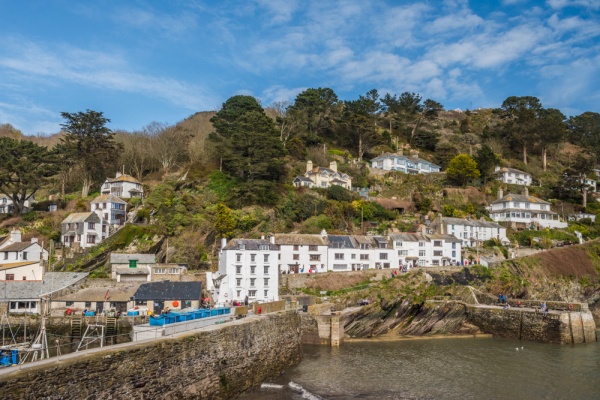 Polperro is a lovely fishing port on a rocky coastline near Looe, with narrow, cobbled alleys and houses perched on slopes above a pretty harbour. Polperro has become extremely popular as a family holiday destination.

Now the village relies on tourism, with visitors drawn by the tightly packed lanes and idyllic fishermen's' cottages that line the picturesque harbour. Most of the buildings near the harbour are untouched by time, giving Polperro a quaint, old world feel. 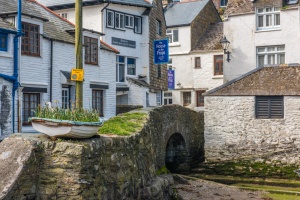 The old bridge and the 'House on Stilts'

That sense of old world charms is emphasised by the fact that visitors are not allowed to drive their cars into the village. There is a car park at Crumplehorn, and from there, visitors must walk half a mile through the village to reach the harbourside.

By the harbour is the Heritage Museum of Fishing and Smuggling, tracing the history of Polperro and its connection to the smuggling trade. One well-known smuggler was Willy Wilcox, who, according to legend, was lost in the bewildering network of caves that wind through the cliffs.

The origin of the village's name seems lost in time. It may have been named for St Piran, or for the nearby stream. The first written record comes from 1303, by which time Polperro was firmly established as a fishing community.

There are two harbours; the inner, close to shore, and the outer harbour, built prior to 1774. Much of what we know about the history of the village comes from a book written by Jonathan Couch, the village doctor. The 'History of Polperro' was published in 1871 after Couch's death. Couch tells the story of Zephaniah Job (1749–1822), a merchant who gained notoriety as 'The Smuggler's Banker' during the Napoleonic Wars.

Couch lived at a house on Lansallos Street, formerly owned by the Quiller family, who made their fortune from smuggling and piracy. Another interesting dwelling is the House on Stilts, which overhangs the River Pol and is supported on wooden timbers. Crossing the river is Saxon Bridge, which, despite its name, dates to the 1860s.

There are two churches, one on either side of the River Pol. St John's Chapel dates to the 19th century and was built as a chapel of ease for Talland.

Polperro gets extremely busy in the summer months. If you can plan to come in either the spring or autumn when the crowds have died down you will probably enjoy it a lot more. as I mentioned earlier there are no vehicles allowed in the village itself.

You have to park in the well-signed village parking area at Crumplehorn and walk down to the harbour. If you don't fancy walking you might enjoy taking the very colourful little bus that shuttles between the harbour and the parking area (an extra charge applies). 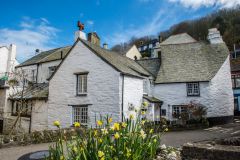 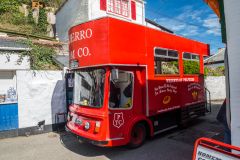 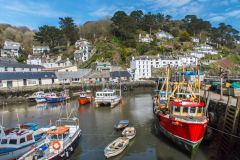 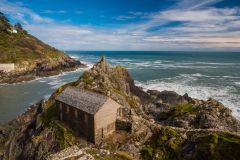 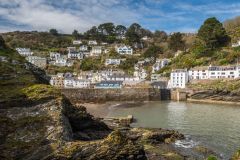 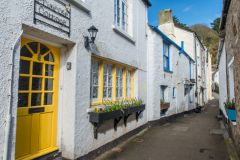 More self catering near Polperro >>

More bed and breakfasts near Polperro >>