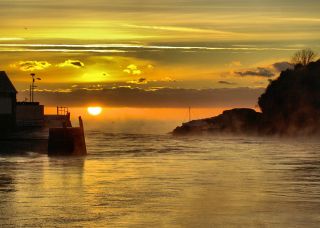 A lovely bay on the southern coast of Cornwall. The twin villages of East and West Looe stand on either side of Looe river as it empties into the bay. This is probably the most popular family holiday centre in the south of Cornwall and a good base for pleasure sailing.

The National Trust preserves a section of the coast at Bodigga, near Millendreath, and just east along the coast is the Wild Futures Monkey Sanctuary.

Just south of Looe is this rocky island, also known as Looe Island. Legend says that Joseph of Arimathea landed here, bringing the child Jesus with him on a trading mission. The idea is not as far-fetched as it sounds, for St George's has been identified with the island the Romans called Ictus, a centre for the tin trade. Not surprisingly the island was a destination for early Christian pilgrims and a small chapel was built to serve them.

The Channel Four TV series Time Team investigated the archaeology on the island and discovered remains of Romano-Christian chapels predating the reign of Constantine the Great, as well as a 12th-century chapel founded by monks from Glastonbury Abbey.

From the 17th century the island was used by smugglers, then in the 20th century it was purchased by the Atkins sisters, who wrote about their experience in the popular book 'We Bought an Island'. When Babs Atkins died in 2004 she left the entire island to the Cornwall Wildlife Trust on condition that it be kept as a nature reserve forever.

The island can be visited during the summer months by taking the Trust's boat from Looe.

From Looe, a trail leads through the wooded estuary of the West Looe River to Talland, following a mysterious ancient boundary wall built around AD 800. The trail leads through woodland then crosses open high ground with wonderful coastal views before it drops down to the old smuggler's port of Talland. From there it loops back, following the coast to Looe. 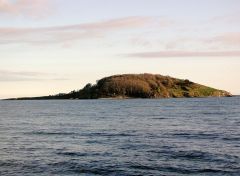 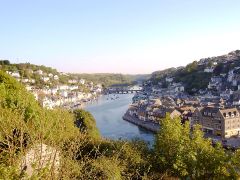 More self catering near Looe Bay >>