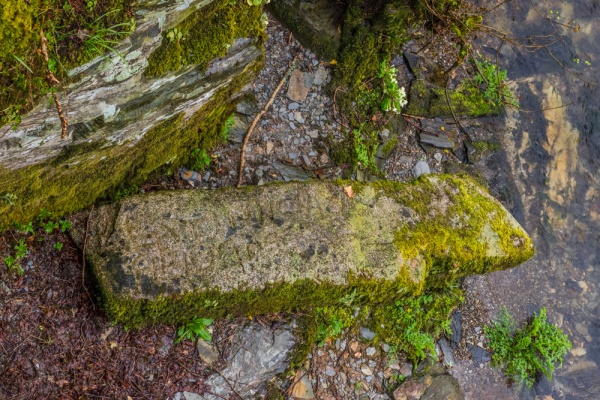 Arthur's Stone at the Arthurian Centre

The Arthurian Centre is a fascinating museum based around one of the traditional sites of King Arthur's last battle. According to tradition, Arthur fought his last, fatal battle with Mordred at a site called Camlann. Is this the battlefield site? Well, perhaps. That possibility is enhanced by the fact that at the centre of the 20-acre site lies King Arthur's Stone, an inscribed 6th-century memorial stone on the banks of the River Camel.

The stone is inscribed in both Latin and Ogham (Ogam), a rare mixture of the two written languages. Ogham was a simple form of Celtic runic writing. The Arthur Stone is thought to date from about 540 AD and is 9 feet long. The Latin inscription has been variously interpreted by different scholars, but one interpretation is that it reads 'The Stone of Latinus; here lies the son of Ma[-]'.

That final 'Ma' has led to an interesting theory that it stands for 'Magni Arturi', or Arthur the Great. The Ogham script might be expected to shed light on the Latin meaning, but, unfortunately, it is too worn to be accurately interpreted. All that we can say is that it appears to verify a date in the 6th century, at the time when the real King Arthur is generally thought to have lived.

It is thought that Alfred, Lord Tennyson visited the site and gained inspiration for his Idylls of the King. 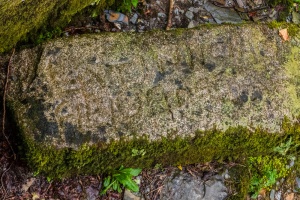 There is more to see than just the stone, however. The exhibition centre contains a wide-ranging set of exhibits which look at the folklore, mythology, and the known or surmised facts about the real King Arthur. There are also exhibits of finds discovered on the site.

From the exhibition centre, a trail leads across fields to the remains of the deserted medieval village of Melom. The village site is undergoing archaeological investigation as of this writing, but you can easily see the remains of a number of medieval buildings.

From the village site, the trail passes through woodland to the presumed site of the battle. An information panel gives details of the battle, at least whatever historical details that can be extracted from the layers of Arthurian writings and romanticised histories. Beside the battlefield is a medieval cider press.

From the battlefield, the trail leads through more woodland, along the River Camel to a viewing platform where you can look down on Arthur's Stone. You can clearly see the inscription on the stone, though the Ogham script is much more difficult to make out. From the viewing platform, a trail leads past a cobbled area that once formed part of an 18th century 'secret garden' built for Lady Falmouth, who owned the property. As of this writing, the garden is in the process of being excavated and restored.

I've visited the Arthurian Centre twice, and each time I was unlucky enough to choose a day where it pitched rain. Even so, I quite enjoy the site. The stone is fascinating, and if you take a quick detour to the bottom of the hill you can get a close look at the old bridge across the River Camel that gives the village its name. 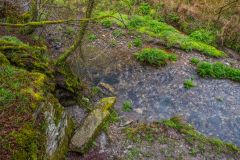 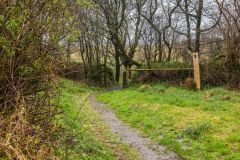 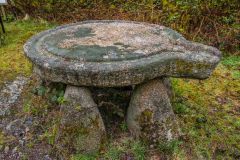 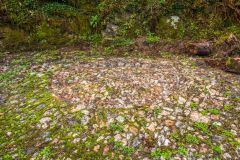 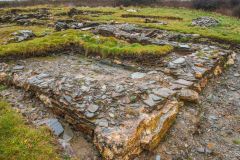 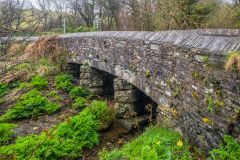 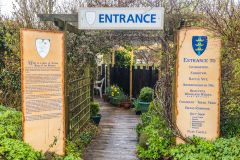 Nearest Accommodation to The Arthurian Centre:

More self catering near The Arthurian Centre >>

More Hotels near The Arthurian Centre >>

More bed and breakfasts near The Arthurian Centre >>