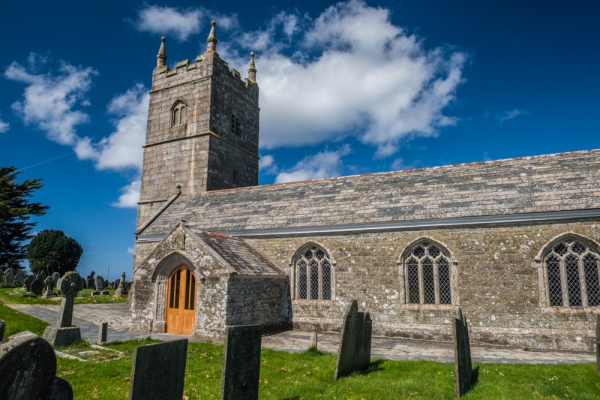 The hamlet of St Endellion lies in an idyllic rural setting on a minor road north of Wadebridge. Rising over the scattered cottages is the tower of St Endelienta's church, which has been called one of the holiest places in England

The church is dedicated to Endelienta, a 5th-century missionary and one of 24 children of King Brychan or Brecknock. Endelienta is linked with two holy wells near the church. A more fanciful tradition says that she was a god-daughter to King Arthur, who came to her aide when a local farmer killed her cow.

The first mention of a church comes from 1260, but the present building dates to the 15th and 16th centuries, with a long, low nave and a west tower rising in three stages to an embattled top. The tower is made of granite from Lundy Island, in the Bristol Channel. Its height made it a useful landmark for sailors navigating the treacherous coastline. 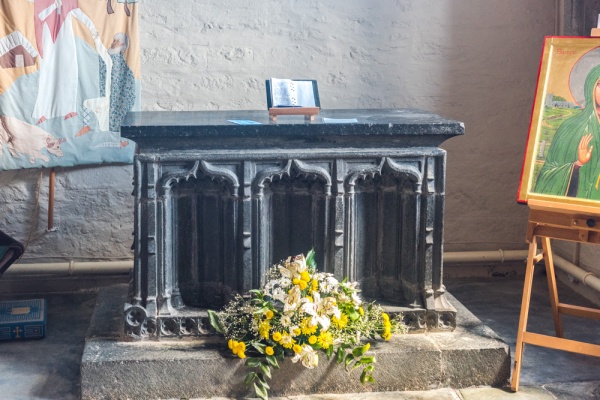 The church is a collegiate foundation, administered by four prebends. This makes it unique as a collegiate church in Cornwall. The origins of the original college of priests is uncertain, but it was reconstituted in 1265 so we know it was in existence before that time.

One of the prebends is the rector, while the other three are senior clergy of the diocese. Despite the fact that the role of prebends was officially abolished in 1548 their ceremonial role is still carried on today. On the wall is a framed copy of the official act of 1929 re-incorporating the collegiate foundation of the church.

The church boasts excellent 15th-century wagon roofs to the nave, chancel, aisles, and porch. In the nave are several 15th century carved bench ends, one of which bears the arms of the Roscarrock family impaling the Granvilles of Stowe. In the south aisle and chancel are several beautifully carved 17th-century chairs.

The font is 12th century, from the earlier church on this site. The pulpit is modern, but incorporates pieces of a 17th-century altar rail and an old bench end. 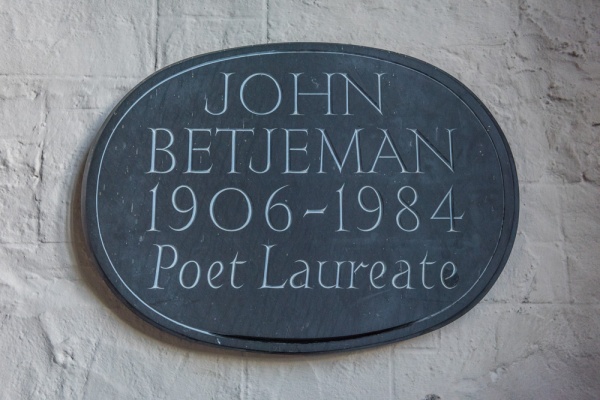 In the south aisle is what appears to be the lower part of a shrine to St Endelienta. This is carved from Catacleuse stone and dates to around AD 1400. The shrine is attributed to a mason known simply as the Master of Endellion. The same mason is thought to have carved the holy water stoup by the south door.

On the north wall of the sanctuary is a very simple slate memorial to the Poet Laureate Sir John Betjeman. The poet loved St Endellion and extolled its virtues in prose, writing, 'St. Endellion! St. Endellion! The name is like a ring of bells ...'. He went on to say that the church goes on praying even when there are no worshippers in it. Betjeman worshipped here regularly. He is known to have used some of the ringers rhymes mentioned above in his poetry.

The Roscarrock family were one of the church's major benefactors when the medieval church was rebuilt in the 15th century. The north aisle became the family chapel, and houses several very fine memorials including a tablet to John Roscarrock. John was the father of Nicholas Roscarrock (d. 1633), a Roman Catholic who was sent to the Tower of London for his faith.

During his incarceration, Roscarock befriended Lord William Howard of Naworth, and after he was released from the Tower in 1607 he lived with Howard until his death. While residing at Naworth he wrote a hymn to St Endelienta and his major work, 'Lives of the Saints'. 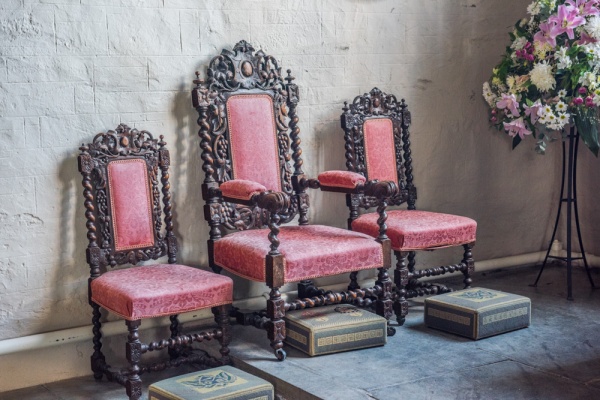 17th-century chairs in the sanctuary

In the 20th century, a set of gold rosary beads owned by Roscarrock were discovered by a descendent of the Howards. The priceless rosary is the only surviving set of medieval English golden paternoster beads and is now held in the Victoria and Albert Museum in London where it is known as The Langdale Rosary after Colonel PJ Langdale, who rediscovered it hidden in an old chest. A photo of the rosary is in a glass frame on the church wall.

St Endelienta's is a fascinating historic church, full of interest It is normally open to visitors daily and was open when we visited. The church is located directly beside the B3314 road at the south edge of the village. We didn't see any obvious parking place but were able to pull off onto the road verge. 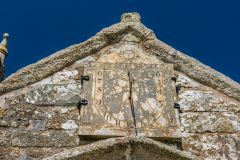 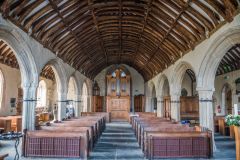 More self catering near St Endellion

Self Catering near St Endellion