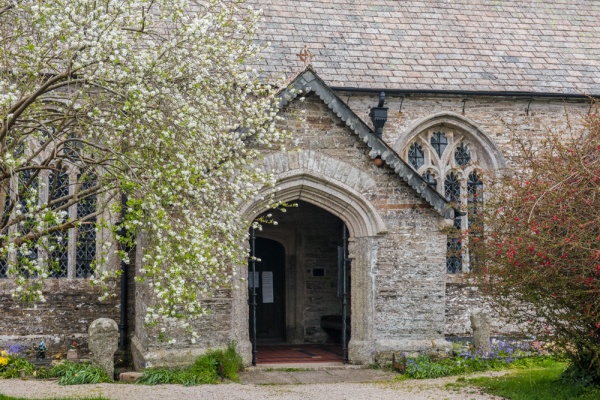 The village of Egloshayle stands on the north bank of the River Camel, facing the historic town of Wadebridge. Overlooking the river is Egloshayle Church, a beautiful medieval building dedicated to St Petroc, a 6th century Welsh prince.

The first written record of a church at Egloshayle comes from the 12th century, when the patronage was held by the Earl of Gloucester. It was given to the Benedictine order of monks, and then to the Bishop of Exeter. Since 1876 the parish has formed part of the Diocese of Truro.

The oldest parts of the present building are the north and west nave walls, both dating to the 12th century. The church was comprehensively rebuilt in the late 15th century, when the striking west tower was added. The rebuilding was the work of John Lovibond, rector from 1461-1475.

The Kestell family added a south aisle a few decades later, and the south porch was added in the Tudor period. The final changes took place in 1867 when architect Piers St Aubyn restored the medieval building, building a new east wall and converting the north porch into the choir vestry. 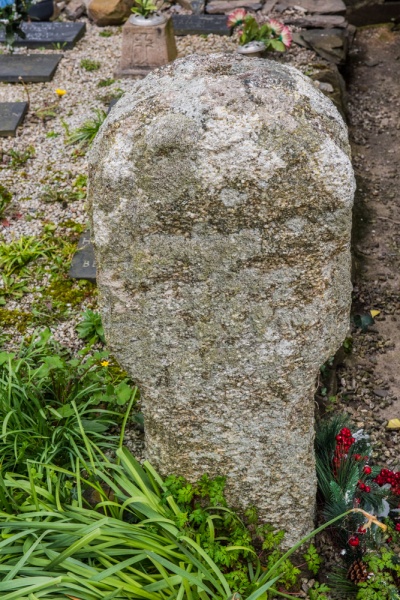 An ancient cross by the porch

Thankfully, St Aubyn retained many of the original medieval features. The most interesting historic remnant is the square Norman font, decorated with blind arcading and supported on five large cylindrical stems. The nearby holy water stoup is also Norman.

The pulpit is 15th century, carved of Caen stone rather than the more typical wood. It is decorated with Gothic panelling and foliage patterns and stands on a wine-glass stem.

There is a collection of historic monuments, including several to the Kestell family. On the north wall is a striking memorial to Dame Barbara Molesworth of Pencarrow House (d. 1735), with a bust of the deceased flanked by weeping cherubs. The epitaph is a beautiful example of 18th-century verse, reading in part"

"To deliver to Posterity a Description of the Beautys of her Mind would be as equally Vain as the sculptor's Attempt in the above resemblance of her Face'.

A record in the church register shows that Dame Barbara was buried in a linen shroud, so a fine had to be paid to the Overseer of the Poor of the parish. The fine relates to an unpopular law passed by the government to protect the wool trade.

The law required corpses to be buried in woollen shrouds upon pain of a fine. Wealthy relatives of a deceased person were often quite willing to pay the fine as they considered the rough woollen cloth to be unsuitable as a shroud.

Another very good Molesworth memorial is that of Arscott Ourry Molesworth (d. 1823) sculpted by Richard Westmacott. 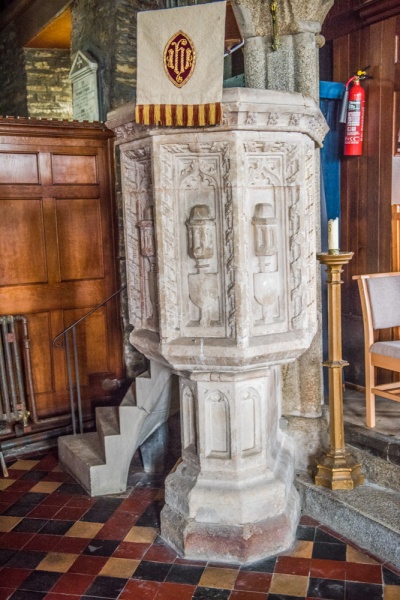 Murder of a Merchant

In the churchyard is a gravestone commemorating Neville Norway, a local timber merchant who was tragically murdered in 1840. Norway was returning from Bodmin when he was set upon, robbed, and killed near Pencarrow. Sir William Molesworth of Pencarrow House set his bloodhound upon the murderer's trail, the first time bloodhounds were used in England for a man-hunt. Unfortunately, the hound lost the scent.

That was not the end of the story, however. Norway's brother was a sea captain and was away on a voyage at the time of his brother's murder. He reported a strange dream in which he saw the murder take place. He was able to identify two brothers, James and William Lightfoot, of Burlawn.

A Bow Street Runner questioned the brothers and searched their houses. Norway's watch was found hidden up a chimney, and the brothers confessed their dreadful deed. According to their story, Norway's murder was a case of mistaken identity; they thought he was another man named Pollard.

The Lightfoot brothers were executed at Bodmin, the last public hanging in the town. Such was the sympathy aroused by the case that £3000 was raised for Norway's widow and children, but she died shortly after.

Against the east wall of the church exterior is a huge slate memorial to the Lakeman family. The memorial is made from the single largest piece of slate ever taken from the famous Delabole quarry.

Mention must be made of Sir Henry Trelawny, Egloshayle's vicar from 1793-1804. Trelawny was the great-grandson of Bishop Trelawny ('and shall Trelawny die?'). He began his ecclesiastical journey as a non-Conformist minister, joined the Church of England, and served as vicar until he resigned, moved overseas, and joined the Catholic Church, becoming a priest after his wife died. 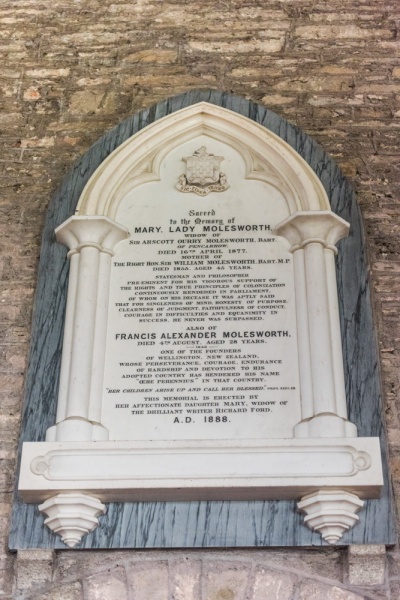 Several unusual stories are told about Egloshayle Church. According to legend, a white rabbit can sometimes be seen in the churchyard at night. Villagers believed that anyone who tries to kill the rabbit will themselves be killed. The very useful church guidebook tells the story of a young man who took his gun and vowed to shoot the rabbit. He was found dead later that night, having shot himself.

Another story says that the church was begun higher up the hill. Each day the builders would lay stones, and in the night the stones would disappear and they would have to begin again. They finally gave up and moved to the present site by the river, and were able to complete the church without further trouble.

Yet another story says that two large standing stones tried to force an early Christian saint to leave the area. The saint struggled with the stones and overcame them, and for centuries they stood there, defeated, one on either side of the churchyard entrance.

Is there some folk memory attached to the story? As you approach the south porch you can see two small standing stones flanking the porch entrance. At least, the church guidebook calls them standing stones; to me they look very much like early Celtic crosses.

Egloshayle Church is usually open daylight hours to visitors. There is limited parking along the road, but you could do what we did and simply walk across the footbridge from Wadebridge and enjoy a lovely 10 minute walk to the church. 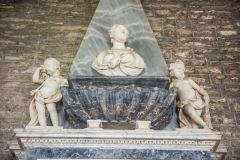 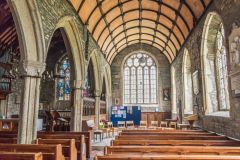 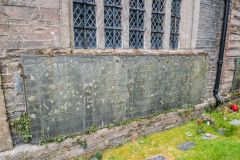 More self catering near Egloshayle Church

Self Catering near Wadebridge